On April 17, the Alberto Ángel Fernández administration in Argentina officially unveiled its offer for debt restructuring on USD 66 billion foreign currency-denominated bonds. Starting on that date, the offer is valid for 20 days, a period during which difficult negotiations with bondholders are expected to take place. Based on the first reactions from some of creditor groups, one could well get the sense that the offer is “dead on arrival.” 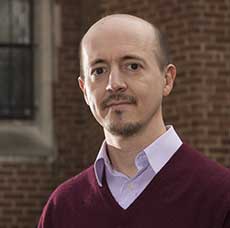 Those who watched Argentina’s last debt restructuring will inevitably feel a sense of déjà-vu. In 2001, Argentina defaulted on debt amounting to about USD 80 bn. Sovereign debt restructurings were concluded in 2005 and 2010 obtaining cumulative adherence by more than 92 percent of creditors. The protracted legal battle by the minority holdout creditors to get paid the full amount of their credits plus interest was called by many the “trial of the century.” It did not end well for Argentina, which ultimately, in 2016, had to abide by the US courts’ decision and pay about USD 10 bn.

Then, as now, Argentina asserted that significant debt reductions were necessary to restore the economy to a situation of growth and debt sustainability which improves chances of repayment in the future. Then, as now, creditors would refer to Argentina’s behavior as “unreasonable” and “unilateral,” accusing it of failing to engage in dialogue with the creditors and lacking good faith.

In any situation of insolvency, it is perhaps inevitable that the views of debtor and creditors about the haircut that creditors should take will differ. In the domestic context, the institution of bankruptcy was created precisely to provide a rules-based, predictable framework to address and sort out such differences. It is unfortunate that, in the international context, a similar institution does not exist. That means that Argentina and its creditors go into this process against, with a few variations, the same stark “law of the jungle” institutional backdrop that was there almost two decades ago.

In a bargain whose outcome is left to the sheer strength of the parties, some amount of initial posturing seems hardly avoidable. The fact that the previous restructuring has left scars on both the country and the creditor community does not help. However, amidst the déjà-vu, three important differences between the previous restructuring and the current one should, arguably, merit close attention.

First, Argentina’s claim about the extent of restructuring needed to place the economy again on a growth track is, this time, supported by the International Monetary Fund. Back in February, the IMF characterized Argentina’s debt as unsustainable, estimating that restructuring needs would amount to USD 55-85 billion over the next ten years and that there is no room for foreign currency payments in the next few years.

Argentina has crafted an offer that prudently stays within the lower range of these estimates while combining debt interest and principal cuts in a way consistent with the IMF’s projections. Additionally, the IMF Managing Director recently expressed that Argentina is acting in good faith. This is quite a different situation from that in the early 2000s, when the IMF labelled Argentina’s negotiations with creditors as not being carried out in “good faith.”

Second, this offer comes against the dramatic backdrop of a Covid 19-induced economic crisis with unprecedented features such as the combination of both a supply and demand shock and previously unseen falls in commodity prices. Forecasts for the world show the worst contraction since the Great Depression, at least 3 percentage points, in the next year.

Forecasts for the South America region are even gloomier, with indicators showing a 5.3 % contraction is likely. This scenario amounts to dramatically different external and internal conditions than the demand and commodities boom that Argentina and the region were experiencing in the early 2000s. At that time, one could understand investors fighting tooth and nail to share on what could be foreseen as a high growth story to come. But current conditions suggest contractionary measures could only deepen a vicious cycle of lower spending and recession. In fact, had the IMF assessment of Argentina’s debt sustainability been conducted a couple of months later, it probably would have had to advise significant bigger haircuts.

Third, perhaps most important, there is no denying that saving lives and dealing with the health emergency should come as a first priority for the Argentinian government. This is not only the right thing to do for humane reasons, but also because that is a necessary condition for limiting the economic harm.

On this count, in terms of per capita cases and of acceleration rate, Argentina’s performance in flattening the curve stands out when compared with those in the region and in similar conditions. It actually ranks ahead of countries with significantly more resources. But this came at the cost of resolute action to shut down the economy, with the inevitable damage to revenues. It also put an additional burden on public spending to ensure lockdown measures could be followed by all and mitigate impacts on the most vulnerable. In turn, when the health crisis recedes, a speedy and robust recovery will only be possible to the extent that company and job losses have been averted. This will also call for significant stimulus spending.

Bondholders’ initial reactions seem to be driven by longstanding instincts developed in a different scenario. It will be in everybody’s best interest if they can recognize that the current debt restructuring represents a dramatically different situation.