In what seemed like the blink of an eye, Mozambique’s known natural gas reserves spiked from nearly nothing to over 165 tcf, placing it as the continent’s third biggest reserve holder

It has been almost exactly ten years since Anadarko drilled the well that would give Mozambique its first major gas find in over sixty years of mostly disappointing oil and gas exploration. Many wells followed that first offshore discovery in block 1 and further in ENI-operated block 4.

In what seemed like the blink of an eye, Mozambique’s known natural gas reserves spiked from nearly nothing to over 165 tcf, placing it as the continent’s third biggest reserve holder.

Just like that, one of Africa’s poorest countries was about to become one of the world’s biggest energy players. Well, not really just like that. In 2010, Mozambique had no know-how in oil and gas, no negotiation capabilities, understanding of the sector, no appropriate legal framework in place, nor human or financial capital to take advantage of this momentous thing that had just happened. A country that at the time could offer access to electricity to only 18% of its citizens, was suddenly endowed with enough natural gas to power half of Europe for a couple of decades and more.

Since then, much water has passed under the bridge and ink over paper. Presidents, ministers and corporate leaders have been replaced, licenses have changed hands, projects have been proposed, declined or approved, and now, more than ever, the promise of wealth seems close, but is it? Afterall, we are ten years in and no natural gas is flowing, no LNG is being produced or sold, and while a bit better off, at 27% of electricity penetration, most of the country is still in the dark. But that should not fool us, Mozambican leaders have learned much and more over the last decade, and despite some challenges, the country seems ready to take on a new stage of wealth and growth.

It was that learning curve that taught these leaders to seek out international expertise to support resource management training and legal framework development. On the one hand, the national oil company hired Wood Mackenzie to help it prepare for the responsibility to manage and sell its corresponding portion of the resources, which has resulted in the forming of a consortium with international oil and gas trader Vitol, in September last year. On the other, the government sought the support of more experienced energy producers and international partners, including the IMF or the World Bank. Just this month, Mozambique’s President Filipe Nyusi met with Norway’s Crown Prince Haakon and signed an agreement for support on natural gas resource management.

It was this concerted capacity growth that culminated in the new Petroleum Law of 2014 and on the successful bidding round for exploration blocks that took place the same year, a move that took advantage of the enormous attention the country’s acreage was receiving.

This self-actualization process combined with close, albeit sometimes slow, negotiations with the international oil companies that are leading these development efforts have resulted in final investment decisions worth dozens of billions of dollars for the development of liquefied natural gas plants in Mozambique.

As it stands, Total’s 12.9mn t/yr Mozambique LNG project (which it took over from Anadarko) is expected to enter production in 2024. The latest news indicates that ENI’s 3.4mn t/yr Coral South FLNG project is on schedule to come online in 2022. And just last week, the Mozambican Ministry of Mineral Resources and Energy said it expected FID from the ExxonMobil-led 15.2mn t/yr Rovuma LNG scheme by June 2020. The project is expected to start operating by 2025.

The implications of this are tremendous. Just in foreign direct investment, Total’s USD$25 billion investment in the LNG plant amounts to more than two times Mozambique’s current GDP. Not to mention the trickle-down effect on job creation, supply and associated services industries, etc, and that’s just one of the projects to be developed in an area that is far from properly explored. Together, the three projects are estimated to bring up to USD$54 billion in investment over the next few years.

Further, taking into account the relatively low domestic needs for natural gas in Mozambique, these three projects alone could place the country among the five biggest LNG exporters in the world, up there with Qatar, Australia, Malaysia and the United States.

However, if the domestic needs are small now, they are expected to quickly rise. The government has wisely negotiated for part of the production to be diverted to the domestic market, which can be used for power generation, to feed a gas-based industry of fertilizers and petrochemicals, to fuel homes or even to export via pipeline to neighbouring countries.

Already, the government has secured multilateral financing for a 400MW gas-fired power plant and transmission line to the capital Maputo, which will draw on national gas production and will dramatically contribute to improve power reliability in the capital.

To help accelerate the industry’s development, Mozambican officials were at the Subsea Expo in Aberdeen to showcase the country’s opportunities to North Sea companies. The aim is to secure a well-established supply chain that will support a streamlined development of the industry, as well as bring expertise into the country and promote the development of indigenous companies and workforce.

All these developments are making investors excited and analysts optimistic. Rating agency Fitch forecasts that natural gas production in Mozambique will climb 26.5% per year in the run up to 2029 and that will fuel an average 12.4% GDP growth per year throughout the decade.

These are fantastic news for a country that has suffered so dramatically with the combined effect of the Idai and Kenneth cyclones last year, which affected much of the economic activity and stranded GDP growth in 2019 at 1.9%. Already, the African development Bank sees a rebound in 2020, forecasting a 5.8% growth for 2020.

And that is another reason the development of Mozambique’s natural gas resources will be paramount for the future of the country. It will allow for the development of a more diversified and resilient economy, that will be less subject to external shocks.

The landscape is so momentous for Mozambique at this point in time, that it is of paramount importance to get things right. We have had too many African stories of grand plans gone wrong and we do not need another one. The future of the country is at stake and that of its people.

So far, Mozambican leaders have shown resolve to push forward suitable policies and facilitate the industry’s development, but good governance and civil society participation have been shown again and again to be fundamental pillars of successful resource management.

Already, the country battles violence in its northern region, in the site where one of the LNG plants is to be developed. Armed insurgents, allegedly with an extremist religious agenda, have been attacking small villages in the region and foreign workers. The operating companies have requested the government to send in the army to help control the situation. Some reports indicate that some of these insurgents come from extremely poor backgrounds and have been radicalized based on the idea that the oil and gas companies are there to steal their resources and that no one will benefit. Here is where the need to integrate the population comes into play, not just through local content policies and by creating employment opportunities for them, but also by educating them about what is being developed, what to expect and how that will affect and benefit them.

This needs to be combined with strict transparency and resource management policies, upheld by institutions with the authority to implement regulation. This month, the Mozambican Centre for Public Integrity indicated that the country could have lost a considerable amount of money simply for failing to certify the real costs of natural gas projects declared by the companies in the period prior to 2015.

These events hurt the public image of the industry and spur social unrest at a time when the country should be focusing on maximizing the positive effects of this sector for the economy and ensuring that every Mozambican stands to gain from the country’s wealth.

Allies like Russia and the US have offered to help with the security situation. Others have offered cooperation in resource management, and their support should be welcomed but, it is on the shoulders of Mozambican leaders that the responsibility of a lifetime falls to make the best decisions for the future of their country and their people. They cannot let them down.

Reflections... My First Trip To The Motherland

The True Story of the Fake U.S. Embassy in Ghana 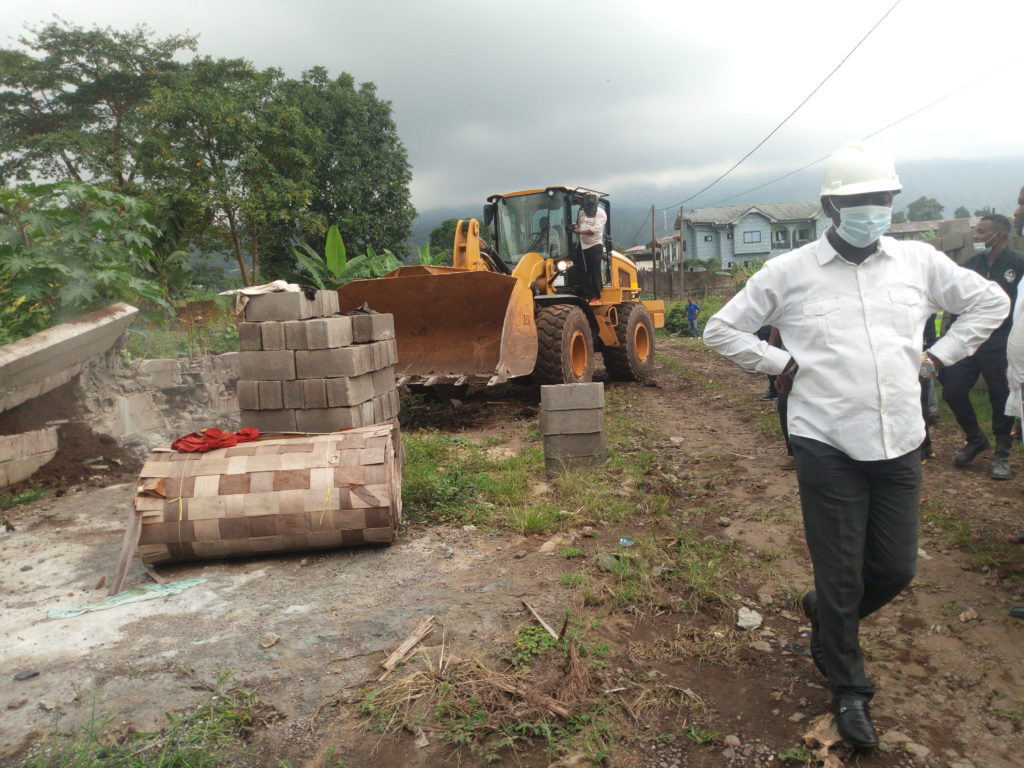