Warren Buffet is one of the most successful investors of all time and one of the world’s wealthiest individuals.
He also has some very astute observations about life.
He was in discussion with another super successful person, Bill Gates, and one of the subjects they touched upon was productivity.
Buffet said, ‘Busy is the new stupid’.

I was reflecting on this and it occurred to me how the question “Are you busy?” is often the way people greet each other these days.

How do you reply if someone asks you?
We like others to think we are busy. We feel guilty if we are not busy. We think not being busy is bad. Because we equate busyness with being successful.
When people ask me if I’m busy I often reply “No, not particularly”.
And it’s as if I just told them I’d suffered a family bereavement!
But surely if Warren Buffet and Bill Gates, two of the most productive and successful people in the world concur that ‘Busy is the new stupid’ we should consider why?
Busy does not necessarily mean productive does it? It does not mean you are ‘living the dream’.

Often, quite the opposite.
Thought leader Linda Stone coined the term ‘Continuous Partial Attention’ for a condition that seems endemic today. She points out that rather than multi-tasking in an effective way, most people are driven by an underlying feeling of pressure or tension and this results in an artificial sense of constant crisis.
The main point is…
As I have mentioned in other recent posts, I am a participant in a programme with Steve Chandler, one of the world’s most successful coaches.
What does Steve teach you to do?
Slow down.
But he also knows that slowing down is not about managing your diary better or trying to do less.
Slowing down means think less and as your mind gets quieter the natural by-product of this is you stop being so busy AND yet become more productive.

It seems counter-intuitive, which is why so many people struggle with it.
Jamie Smart said, “If being hard on yourself was going to work, it would have worked by now.”
Jamie is one of the most productive people I know of and he will tell you precisely the same thing as Steve Chandler.
Slow down. On the inside. Jamie’s book ‘Clarity’ is a best seller and I recommend it.
I seem to remember that Disney conducted a survey of what little kids were most interested in when visiting their theme parks.
The answer may surprise you.
Little kids were most interested in their parent’s phones. Why? Because the parents are more interested in their phones than they are in their own kids. The kids know the phones take what they want most of all – their parents’ attention.
I think this is why Warren Buffet said, “Busy is the new stupid”.
When we spend so much time in our head’s life passes us by and then we reflect and ask, “Where did all that time go?”
Busyness is a hypnotic state of losing sight of what matters in your life. It drowns out your innate wisdom. It disconnects you from your spirit.

Retirement Planning; Keep your eyes on the Road 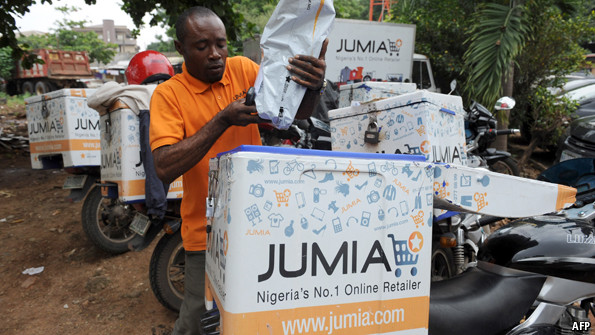 An Amazon.com for Africa?