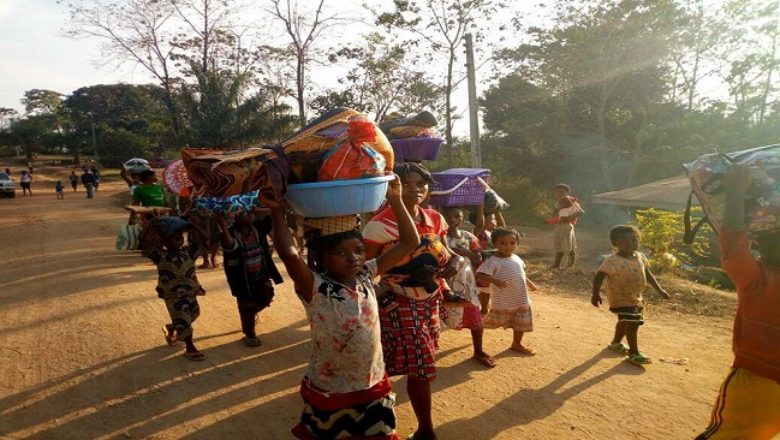 Inclusive dialogue involving Anglophone separatists is the only solution to the violence causing the unacceptable loss of innocent lives in the North West and South West Regions of Cameroon,” said the superiors of the Jesuits of Africa and Madagascar.

The Jesuits message comes after report of more than thirty people including women and children killed in the locality of Ngar-buh, close to Ndu in the North West Region of Cameroon, with their houses burnt. “… This, unfortunately, is only another blot in the litany of killings and torching of villages that have been going on unabated that has led to loss of innocent lives.”

The Jesuit superiors of Africa has noted that one such opportunity for genuine dialogue supported by a group of catholic bishops is the Swiss initiative which seeks to include separatists groups for lasting solution to the crisis. “We highly urged all parties to take part in these talks to give a chance to lasting peace. We further call on the government of Cameroon to ensure the respect of human rights and freedom of expression and manifestation,” the Jesuit superiors of Africa said.

They have joined the Catholic   Bishops of Cameroon and across the world, human rights group in condemning the Cameroonian government’s continuous use of force as well as the violence perpetrated by militia groups that have led to loss of innocent lives.

The Jesuit superiors of Africa has called on President Paul Biya and his government to go beyond repressive measures, and take responsibility to find more lasting solutions to the crisis through mediated talks.

In his message on the 53rd World Day of Peace celebrated on January 1, 2020, on the theme: “Peace as a journey of Hope: Dialogue, Reconciliation and Ecological Conversion,” Pope Francis insisted that “our human community bears in its memory and its flesh, the scars of ever more devastating wars and conflicts that affect especially the poor  and vulnerable.”

“It is gratifying that the AU Heads of State and Government two weeks ago announced as its theme for this year: “Silencing the Guns by 2020,” which is a follow-up to a campaign it began in 2013 to end all conflicts and violence in Africa by 2020”, the Jesuit Superiors of Africa noted.

The crisis that broke out in 2016 in Cameroon’s Anglophone regions have led to scores of people killed, other displaced or are refugees in neighboring Nigeria. Human rights groups and international organizations have reported deteriorating political, humanitarian, and security conditions as a result of extrajudicial killings, torture, arbitrary arrests, severe deprivations of liberty, and mass displacements of civilian populations.

James Nuna, Head of the UN Office for the Coordination of Humanitarian Affairs, OCHA, for the North West and South West Regions speaking to RFI revealed the circumstances of this human butchery.

“According to information that has been successfully confirmed, twenty-two civilians were killed on the morning of February 14. Armed men have, for an unknown reason, targeted these people. Of the twenty-two victims (…), fourteen were children. And we are led to believe that nine of them were under the age of five. In most cases, they were shot and their bodies were burned in houses which were burned down. We also know that one of the victims, a woman, was pregnant. A second pregnant woman was shot and injured. Fortunately, she is still alive. She has been hospitalized and is in critical condition. Unfortunately, she lost her baby”, said the UN official.