As part of efforts to check the increasing cases of smuggling of farming inputs into the country’s neighboring countries, the Government of Ghana has halted the distribution of fertilizer suppliers to certain “notorious districts” in northern part of the country.

Aside from this, the size of all types of subsidised fertilizer supplies have been reduced from 50 kilograms to 25 kilograms pack to stump out the illicit practice.

This was disclosed by the Minister for Food and Agriculture, Dr Owusu Afriyie Akoto, at a press briefing in Accra on Tuesday, as part of government’s meet the press series.

“We’ve banned fertilizer supplies to certain notorious districts in the northern region, upper east, upper west including Saboboa and all those areas; we don’t take fertilizers there anymore.

“We’ve reduced the size of the bags from 50 kilograms to 25
kilograms”, Dr Akoto said.

Some farming communities in the Northern, Upper East and
Upper West Regions including Saboba and its environs have been marked by the
sector ministry as hubs for the smuggling of fertilisers.

Threat to planting
for food and jobs

The ban, the ministry also believes, will help reduce the threat to Government’s flagship Planting for Food and Jobs programme.

In addition to this, all Regional Coordinating Councils have been directed to follow strict requirements in the distribution of the fertilizers.

He further adds that “So, we’ve made it difficult for the smugglers, and the robbers. There are all kinds of measures – all movement of fertilizers will have to report to the Regional Coordinating Councils before they go to the District Chief Executives where the farmers are”.

“All these have slowed down the smuggling of the fertilizer; for me it is no more an issue. Of course, the leadership aspect is also important”, he added.

Ethiopia: Inside the Last Six Minutes of Flight 302 Crash 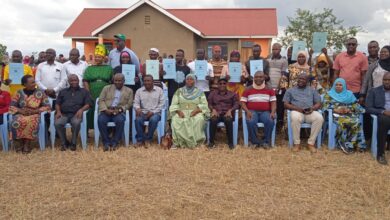