The fifty (50) thousand capacity Japoma Stadium located in Cameroon’s economic capital Douala has been confirmed by the Confederation of African Football, CAF as the venue for the CAF Champions League Final.

Cameroon (Japoma Stadium), Tunisia (Stade Olympique de Rades) and Morocco (Mohammed V Stadium in Casablanca) were the bidders to host the prestigious event that will take place on 29 May 2020.

This year’s final will be for the first time played over a single game as opposed to previous finals played over two legs for the past fifty years. The reason for the change of the final is due to the chaotic end to last season’s competition, a final that is still being disputed at the Court of Arbitration for Sports, CAS.

The 2020 final in West Africa will feature two teams from the North. In the semi-finals, Moroccan teams Wydad and Raja Casablanca are facing opponents from Egypt Al Ahly and Zamalek, respectively.

The Japoma Stadium is amongst the stadia to host this year’s edition of the Africa Nations Championship, CHAN which begins April 4 to 25, 2020. It is still unclear whether the competition will go on with the present wave of the deadly coronavirus that is sweeping across Africa.

However, CAF has continued to indicate that it has no plans of rescheduling or cancelling the African showpiece. The body has taken measures to reduce the spread of the pandemic as it suspended the upcoming Africa Cup of Nations qualifying header scheduled for late March and early April, while the Women’s U-20 World Cup qualifiers and the Women’s AFCON 2020 qualifiers have also been postponed, and will be rescheduled.

The newly built stadium will equally serve as one of the venues for the 2021 edition of the Africa Cup of Nations, AFCON scheduled for January to February 2021.

CAF has equally approved the Prince Moulay Abdellah Stadium in Rabat, Morocco to host the final of the CAF Confederation Cup final. The stadium was the only bid for the second tier of the continent’s interclub competition. The final is scheduled for May 24.

Edyptian side Pyramids FC take on Horoya from Guinea in the first semi-final, while the second is an all-Moroccan affair as RS Berkane will battle against Hassania Agadir 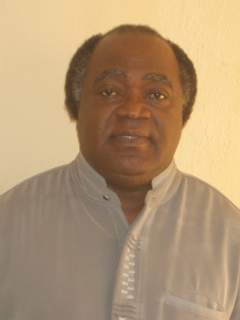