In the face of growing chaos and increasing tales of massacres, former Indomitable Lions Assistant Captain Enoh Eyong says inclusive dialogue is very necessary for peace to be restored in the North West and South West Regions of Cameroon.

Speaking in an interview with PAV, the typically calm and levelheaded player says it is impossible to remain indifferent to the gory tales coming out of the English-speaking zones of Cameroon daily.

“While we all may have valid reasons to keep fighting to defend our political causes, we should know that human lives are being lost, villages are being burnt, destinies are being destroyed and families are being displaced,” Enoh lamented.

A former alumnus of the University of Buea, and first Cameroonian to play for Dutch and European powerhouse Ajax Amsterdam, Enoh says it’s time to go back to the values that build every nation which are love, respect and hard work.

“My appeal is for a sincere dialogue to be called where all parties are fully represented, and everyone should come with the willingness to restore peace, and  find a long-lasting solution that is convenient for all parties,” says Enoh in the interview which starts with his football career before proceeding to the crisis in the North West, and South West Regions of the country.

Greetings Enoh Eyong and thanks for granting this interview, as a household name in football, we start with that and your career, are you still in active football and how have things been for you in the last few years?

Greetings and it’s an honour to get to speak to you. Yes, I am still in active football. Though on a low key,  I have been playing for the last year and half in Cyprus

You were a regular fixture in the national team for close to ten years and then nothing was heard about you, considering that some were banned, others withdraw themselves from selection, and others forced out, may we know under what terms or conditions your international duties for Cameroon were ended?

Well it’s simple, the coach present at the time didn’t call me up which means he didn’t see my presence necessary or valuable to the team, I was never suspended, neither did I withdraw myself ,I want to believe it was just a time for me to move on, and allow the next generation to also represent the national colours

You participated at several editions of the African Nations Cup and the about two editions of the world cup, can you shed light on some of the positives and negatives that came out of these experiences?

Well the positives are enormous, I got to play with some of my childhood heroes like Rigobert Song, Samuel Eto’o, Geremi Njitap and others. Also, for me to participate in the first ever World Cup hosted on African soil was historic. The negative is that I never got to win any major trophy and make the country proud, coupled with some of the internal issues that we experienced within the squad.

What is your general reading of the state of the indomitable lions in particular today, and Cameroon football in general?

As for the national team, I think we lack consistency and for the Cameroon football in general we have lost the basic foundation and structure of developing home-grown players. There is no proper youth competition in place for the continuous supply of young talents. This is evident in the gap which is open when the old players are transitioning. Sometimes it will take about 10-15 years before another solid team will be put in place, just because there is no proper structure to produce continuity at high level.

You played for several clubs across Africa and in Europe, what does it take to have a successful professional career?

The answer to this question is not a one size fits all because each player who has succeeded will tell you their journey was unique. Yet, there are standard principles one must put in place to make it at such a high level. To make it, you need determination, hard work, discipline, perseverance, dreams and a bit of luck or whatever you call that extra thing to be. For me, my faith in God has been a huge part of my success.

We often hear tales of racism, managers exploiting young footballers, and so on, what advise do you have for young Cameroonians and Africans who would want to emulate the kind of career you and other successful footballers have had?

Racism is real, you will need to build a strong personality to rise above it. Managers are exploitative, but not all. You need to pray to meet an honest one, and also do your due diligence and not just fall for anyone who presents fairy tales to you and your family.

May we know of any post football plans that you have, when your career ultimately ends, what will Enoh be working on?

As for post football plans, I will keep things very quiet for now as I want to catch up some time with my family and will slowly gear towards the things I have in mind. One thing is sure though, I would like to help the next generation of young players coming up with my wealth of experience, and knowledge through management and agency services alongside some coaching work.

As we do this interview, the political situation in Cameroon is dire, and many are still in profound shock with the massacres reported in Ngarbuh in the North West Region of Cameroon, what is your reaction to this?

It was very shocking to hear of the Ngarbuh incident,  day to day you wake up thinking things will get calmer and the government will procure a solution, but it seems like we are only digging deeper into the black hole of violence and bloodshed .I am really short of words , and my heart goes to all those who have lost loved ones during this Ngarbuh incident and the other incidents that have taken many lives untold.

In general, what does Enow Eyong make of the crisis in the North West and South West regions of the country, is there any position that you have?

My position is that of peace, and there can’t be peace without dialogue. I still don’t understand how we came to the point as African people of the same geographical location to be killing one another. The present situation is the responsibility of all, and the solution can’t be superficial, it’s going to take intense work to calm things down. Many people are bitter, some don’t trust anymore, others have experienced betrayal, there is no convincing leadership voice to calm down the waters, there is no concrete vision and action step presented to give hope to the masses, there is confusion in the air, and the government has lost grip of the situation. My position once more is that of dialogue, that there be an all-inclusive dialogue where all parties concerned are well represented with the focus being how to solve the crisis and restore peace back to the masses who continue to be the biggest casualties

We saw former Indomitable lions player Bernard Tchoutang speak out on the massacre in Ngarbuh, we have read reports of others like Ngadeu Ngadjui making donations to groups involved in humanitarian work to cushion the impact of the crisis on displaced persons, is there anything that you have done at your level to help out and should the influential voices in sports, music and so on not speak out louder in pushing for a solution to the crisis?

Well on my part I have been involved in a few projects with some IDP persons in different areas of the country and working with some Foundations on the ground. I don’t believe in putting everything you do especially helping those in need on social media. I believe more influential voices should speak up and many have spoken in their own way, but if done with a united front I believe the impact would be stronger and greater. The reality is that everyone is careful on what they say and how they say it because of how sensitive things are, because what you say could be wrongly interpreted.

Talking about the kind of frustrations that have pushed English speaking Cameroons to the current state of affairs, did you experience them during your stint in the National team?

Well, during my time at the national team, I didn’t really experience any situation that got me frustrated or felt any sense of bias based on which area I came from.

Coming from the affected regions, do you have colleagues of yours both within the national team, and from countries and clubs you have played who try to find out about these sad developments back home from you?

I have been in touch with a few national team players who are all concerned like myself about the current situation back in Cameroon. As for my colleagues at club or other countries, I don’t believe they are fully aware of the situation in Cameroon as it has not been pushed in the mainstream news platforms as it ought to

As we wrap up this interview, any special appeal you will want to make to the actors in the struggle both the Cameroon government, international community and the advocates for separation?

My appeal to the Cameroon government, the international community and the advocates for separation is that, while we all may have valid reasons to keep fighting to defend our political causes, we should know that human lives are being lost, villages are being burnt, destinies are being destroyed and families are being displaced. Violence will always breed violence; war will always breed war. Enough lives have been lost and enough destinies have been shattered, it’s time to go back to the values that build every nation which are love, respect and hard work.

My appeal is for a sincere dialogue to be called where all parties are fully represented, and everyone should come with the willingness to restore peace, find a long-lasting solution that is convenient for all parties. I appeal for peace, I appeal for “DIALOGUE”. 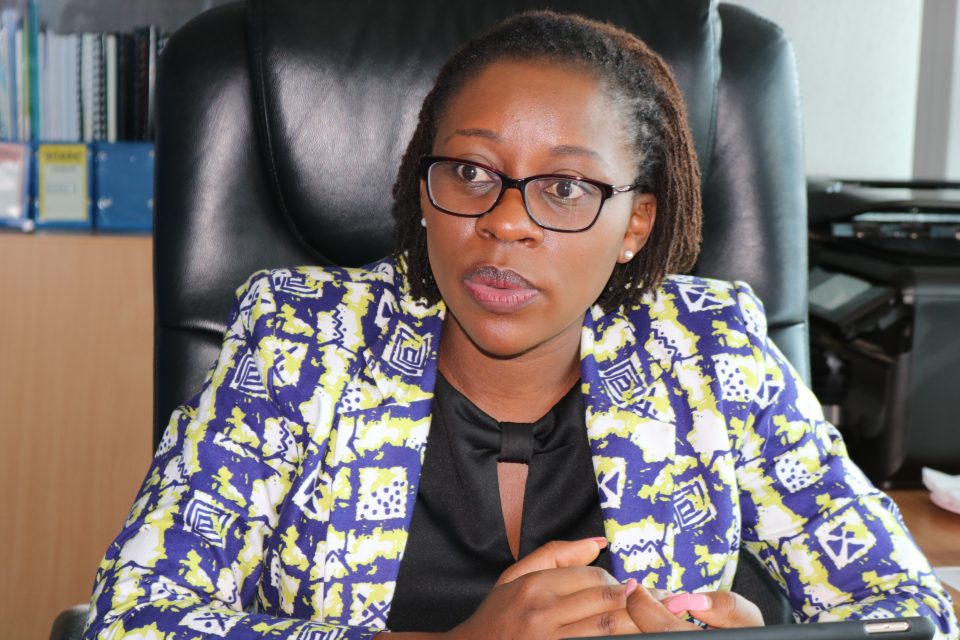 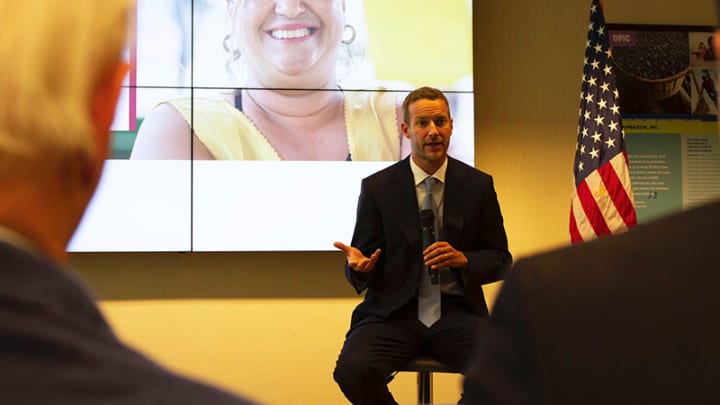 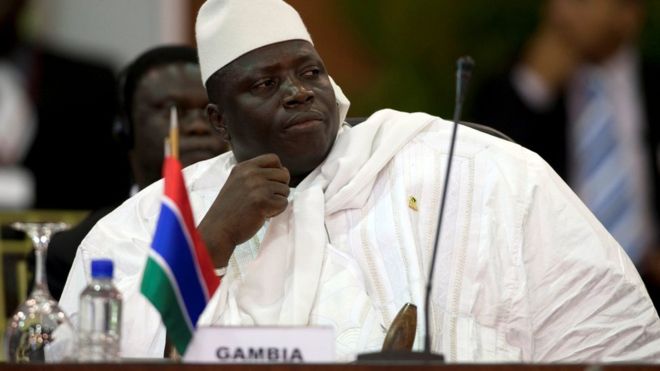