HEIDENHEIM, Germany. Within the framework of a delegation led by the German Chancellor, technology group Voith signed a memorandum of understanding in the Angolan capital Luanda on 7 February 2020 to build a training center in Angola. The memorandum of understanding was signed by João Baptista Borges, Angolan Minister for Energy and Water, and Dr. Toralf Haag, President and CEO of Voith, in the presence of Dr. Angela Merkel, the Chancellor of the Federal Republic of Germany. A business delegation accompanied the German Chancellor on her visit to South Africa and Angola for political discussions.

Ground-breaking collaboration to build up local expertise
Voith Hydro has had a presence in Africa since the 1930s. Since then, Voith Hydro has been a regular supplier of equipment to the hydropower industry on the African continent, not least through its successful realization of the two hydropower projects Cambambe I in 2012 and Cambambe II in 2017. With a view to stepping up its local commitment, the company intends to build a training center to provide training and professional development in the renewable energy sector of hydropower. The company will receive support in this venture from the Ministry for Energy and Water of the Republic of Angola (MINEA). The establishment of the Voith Academy and associated development of a training center are designed to provide basic and advanced training for skilled workers in Angola in technical and commercial occupations relevant to the hydropower industry.

In accordance with Voith’s long-established dual training approach, it intends to build a training center for the theoretical part of the training. For the practical training component Voith plans to work with the trainees to build a small hydropower plant in the Cuemba region. Voith will consult with MINEA in 2020 to determine a suitable location for the training center. The envisaged total investment will be in the region of several million euros.

Substantial hydropower potential in Africa
Africa has a huge technically feasible hydropower potential, estimated to be more than 470 gigawatts (GW) for the entire continent. However, the current installed capacity in Africa is only around 36 GW, meaning that the continent has the world’s highest percentage of as yet untapped hydropower potential. This is why many countries are accelerating the construction of new plants to produce regenerative energy from water. In remote regions the focus is on small hydropower stations that help facilitate the rapid development of reliable decentralized power grids.

The declared objective of the Angolan government is an increase in electricity generation capacity from the current 5,700 MW to around 9,000 MW for years to come. In addition, the surplus energy expected to be produced is set to be offered to neighboring countries, which will boost Angola’s economic development. Projects like Cambambe II are milestones for the African country on the west coast of the continent as it moves towards a more diversified and stable energy supply for households and industry. Because until now, the existing electricity supply has only covered about 40 percent of the population. This means that more than 15 million people are having to live without electricity, despite the fact that Africa has a huge hydropower potential that has so far not been exhausted. This potential will now be used to expand the regional electricity supply in a sustainable, efficient and low-emission way.

About the Voith Group
The Voith Group is a global technology company. With its broad portfolio of systems, products, services and digital applications, Voith sets standards in the markets of energy, oil & gas, paper, raw materials and transport & automotive. Founded in 1867, the company today has more than 19,000 employees, sales of € 4.3 billion and locations in over 60 countries worldwide and is thus one of the larger family-owned companies in Europe.

The Group Division Voith Hydro is part of the Voith Group and a leading full-line supplier as well as trusted partner for equipping hydropower plants. Voith develops customized, long-term solutions and services for large and small hydro plants all over the world. Its portfolio of products and services covers the entire life cycle and all major components for large and small hydro plants, from generators, turbines, pumps and automation systems, right through to spare parts, maintenance and training services, and digital solutions for intelligent hydropower. 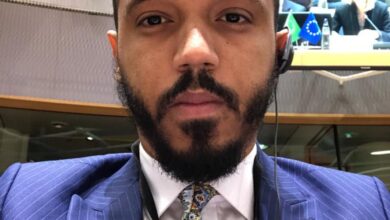