The amount seeks to assist the country with the implementation of the Zimbabwe European Union Free Trade Agreement, which embodies the Economic Partnership Agreement. Timo Olkonnen puts it straight that ZEPA is set to enhance Zimbabwe’s Integration in the region, a move more robust to increase business boom.

Olkonnen however scoffed at the talk that European Union applied market access restrictions to Zimbabwe. He reiterated giving evidence through the light of the launch. Olkonnen made it clear that the talk of sanctions by EU on Zimbabwe is false information.

‘’I would like to remind you that EU never , never at all applied market access restrictions to Zimbabwe . There is no, There were never sanctions of this kind.

‘’EU has made relations with the African , Caribbean and Pacific countries .We established free trade areas with regional groupings . This gave  birth of the  Economic Partnership Agreement [EPA] which aims to allow ACP countries continue export their products to the EU without restrictions’’ We however has ensured compliance with  the World Tourism Organisation’’ .

The Agreement Tim gave a strong emphasise pointing straight to the point of integration in the Region.

‘’This is meant to enhance Zimbabwe’s integration into the region. It is also meant to penetrate the International markets thereby increasing volumes of exports between EU and Zimbabwe. This is the 11th European Union Development Fund. It started in 2018.

Olkonnen adds that the support focuses on improvements in policy, legislative and regulatory frameworks. It is also set to develop capacity of trade institutions to manage trade policy and agreements. The improvement of trade facilitation by reducing cost and time of trading across boarders remains important.  It is also vital to look at competitiveness and export capacity of Micro, Small and Medium Enterprises in selected value chains.

Olkonnen speaking in Harare at a gathering of top delegates from Business World, Associations, implementing partners, Government officials and media further added a point taken in time that ZEPA has resources ready to be deployed to increase business reforms. He gave more light to the talk when he said there is need to do away with regulations, procedures, permits and licence requirements. These, he said are raising cost of exporting rendering Zimbabwe’s exports competitiveness.

‘’ZEPA project has resources ready to be deployed to   increase business climate reforms. This is meant to do away with number of regulations, procedures, permits and licence requirements which are raising the cost of exporting rendering Zimbabwe’s exports un-competitiveness.’’

At the same launch Dr SB Moyo Minister of Foreign Affairs and International Trade said Zimbabwe has by all means taken time to put more effort in bringing output out of input through support given by EU. He added that Economic Partnership Agreements are a move meant to reduce trade barriers and foster economic growth and development.

‘’EPA allows Zimbabwe to exempt 20% of imports from Liberalisation. It is up to the Government to decide which products are excluded. Some of the products are textiles, clothing, dairy products, cereals and vehicles.’’

Giving support to Olkonnen’s words, Minister Moyo said more than half of 51 of the ACP countries have signed EPA. Some of the agreements are interim, others are final and seven are already under provisional application. Six Eastern and Southern African countries Zimbabwe, Madagascar, Seychelles, Zambia and Comoros concluded an interim economic partnership Agreement end of 2007. Four of these countries signed in 2009.

‘’Zimbabwe was the first to sign. This is a long way, strong move towards economic growth and development. We are provided opportunity to negotiate on investments opportunities in the eyes of smart partnerships for sustainable development. There are negotiations to deepen and strengthen EPA Agreements. As a country as well, we are a way forward in terms of economic growth.’’

‘’We really thank EU for setting aside EURO 10 million dollars to support us implement EPA through Zimbabwe ZEPA. The project runs up to 2022. It is already under implementation. Its overall objective is to enhance Zimbabwe’s integration into the region, a move meant to boost regional and international trade ‘’ said DR SB Moyo . 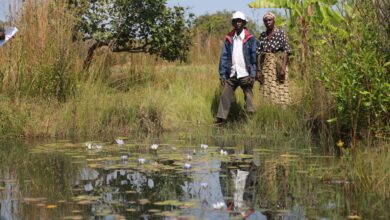