MAPUTO, Mozambique, February 26, 2020,-/African Media Agency (AMA)/- “People can’t think of Inhaca without thinking about seagrass,” says Salamao Bandeira of Maputo’s Eduardo Mondlane University, knee-deep in the shallow waters on the seaward side of Maputo Bay, as he points at the shores of Inhaca Island.

Nearby, residents are submerged waist-deep in the sea, taking advantage of the low-tide to fish in the current or hunt for clams and crabs in the seagrass.

“It means a lot to the people here—it’s not just a resource, it’s part of the way of life,” he adds.

Indeed, seagrass helps sustain life here in the Maputo and Inhambane bays of Mozambique. The shrimps, sea cucumbers, clams and crabs found among these underwater meadows are a source of food and employment for local communities, says Bandeira.

But experts warn that destructive shellfish harvesting—along with the flooding and sedimentation from rivers emptying into the bay—are destroying seagrass beds at a rapid rate.  Research indicates that 86 per cent of seagrass meadows have been lost in the northwest of Maputo Bay alone—putting local culture, jobs and food security at risk.

Eduardo Mondlane University, with the support of the Government of Mozambique, wants to reverse this trend by identifying and restoring seagrass sites in Inhambane and Maputo bays. Nearby communities will also learn non-destructive fishing practices and draft a local seagrass management plan under the project. The recently produced Western Indian Ocean Seagrass Restoration Guideline (link not yet available) can also provide much-needed technical guidance on restoration techniques.

The proponents foresee immediate benefits from the implementation of the project. With more seagrass comes more space for shellfish to grow, which could give a boost to the local fisheries businesses and improve food security for the communities. Tourists may also increasingly start visiting the bays, attracted to the wide array of marine life supported by seagrass.

The health and recreation of the 60 per cent of the Mozambican population who live along the coast could also benefit from more seagrass. “Seagrass acts as a kind of oxygen battery for the ocean,” says Bandeira.

“It removes and prevents dangerous pathogens from polluting the water, making the sea safer and cleaner for fisheries.”

Other environmental advantages of this project include protecting unique species like the dugong. When wading among the seagrass, the shovel-like tracks of the dugong, who feed off the bays’ seagrass, are clearly visible. Increased seagrass means an increased source of food for this species, critically endangered in the Western Indian Ocean.

Successful implementation of the project will also help Mozambique achieve its commitments under Sustainable Development Goal 14.2 on sustainably managing and protecting marine and coastal ecosystems.

The project may even have an impact far away from Maputo and Inhambane. Eduardo Mondlane University hopes the lessons it learns from its restoration techniques can be used in other Western Indian Ocean countries also combatting seagrass degradation.

The initiative is being funded by the Implementation of the Strategic Action Programme for the Protection of the Western Indian Ocean from Land-Based Sources and Activities, project of the Nairobi Convention. The Convention, part of UNEP’s Regional Seas Programme, serves as a platform for governments, civil society and the private sector to work together for the sustainable management and use of the Western Indian Ocean’s marine and coastal environment. This project, funded by the Global Environment Facility, strives to reduce land-based stresses on this environment by protecting critical habitats, improving water quality and managing river flows.

Because seagrass plays a critical role in the health of both humans and the environment, civil society has been campaigning for the United Nations to officially recognize 1 March as World Seagrass Day.

Nature-based solutions offer the best way to achieve human well-being, tackle climate change and protect our living planet. Yet nature is in crisis, as we are losing species at a rate 1,000 times greater than at any other time in recorded human history and one million species face extinction. In addition to important moments for decision makers, including the COP 15 on Biodiversity, the 2020 “super year” is a major opportunity to bring nature back from the brink. The future of humanity depends on action now.

The UN Decade on Ecosystem Restoration 2021–2030, led by the United Nations Environment Programme, the Food and Agriculture Organization of the United Nations and partners such as the Africa Restoration 100 initiative, the Global Landscapes Forum and the International Union for the Conservation of Nature, covers terrestrial as well as coastal and marine ecosystems. A global call to action, it will draw together political support, scientific research and financial muscle to massively scale up restoration. Help us shape the Decade. 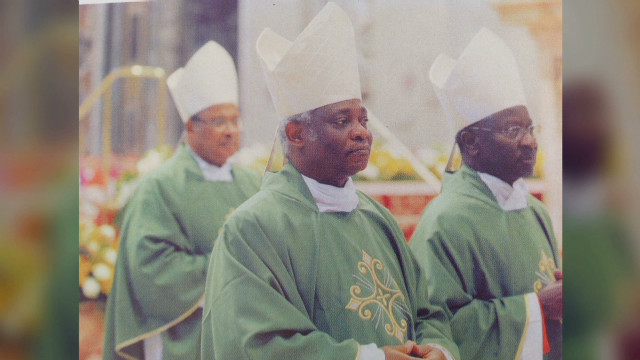