It was a typical Monday morning; I recall. While monitoring the media landscape in Ghana to check which stories,were making headlines as I braced for the day’s work. I am not surprised at the usual party politics that dominates the airwaves amidst the looming danger; -the filth engulfing the capital pose to public health. Oh!  Come Saturday is a Sanitation Day!! the presenter exclaimed in a local palace entreating citizens to go out in their numbers to clean their environment. What about it, the party communicator quizzed? Every day is sanitation day, he replied. They brushed it aside while a heated argument about free SHS sets in. Unlike political stories that mostly dominate the airwaves, ‘’A cup of filth for breakfast’’ it is for Razack unawares while he drinks his cup of porridge with other prospective buyers. Probably, the sanitation topic on the radio would have reminded her to be conscious of her environment and the food she sells.

Muniratu Yakubu has sold millet porridge for 3 years, sitting close to garbage at her usual spot at Nima- a densely populated suburb in Accra. -’I am Munira Yakubu I sell millet porridge for close to three years at this very spot. The reason the place is filthy is that the garbage container is full.  But residents keep pouring on until authorities come to pick it up.’’  To the buyers, it was just hunger they want to quench, not knowing it was a cup of filth’’ they are consuming. The phenomenon of selling close to filths is getting too comfortable for some traders as they sell a cup of the filth to every buyer who buys breakfast and pre-prepared foods like smoked fish among others.

Countries, like Ghana in the sub-Saharan Africa, are struggling with Sanitation issues. Where governments plan to address rural- urban Migration, attitudinal issues coupled with improper waste management remains a challenge. A report published by the Accra Metropolitan Assembly and the Urban sanitation research initiative reveals Ghana is one of the most urbanized countries in Africa. As a result, infrastructure has not kept pace with cities’ expansion and a high level of its rural-urban migration. According to the report sanitation management has been at the bottom on government priorities in Africa making it difficult for them to achieve the SDGs 6.

Programs Manager, for African Ministers Council on water AMCOW, Kitchinme Bawa Gotau said although, African countries have taken the step to structure its systems for achieving success in the WASH area across board it is crucial that strategies are fast-tracked to save the continent from endemic diseases in association with lack of WASH facilities. Commending countries who have taken the steps in creating independent ministries to spearhead ‘WASH’ issues, he maintained until sanitation issues are address those steps will be fruitless. ‘’ AMCOW is 18 years. We have had a high impact in the ‘WASH’ sector. Countries have taken the bold steps to create and start independent entities to tackle WASH. But they need to do more to the attainment of a free sanitation continent devoid diseases’’.  Sub-Saharan Africa still struggle with cholera and other public health issues amidst plans, programs to improve ‘WASH’.

However, civil societies Organizations plying the sector believe, a concerted effort it needs a concerted effort to drive home demands and resources for African countries to address its ‘WASH’ issues. As a result, Communications, Advocacy and Policy Opportunities and Outreach for Poop (CAPOOP) a voluntary alliance of organizations committed to achieving access to adequate and fair sanitation and hygiene for all has a common front poised at ending open defecation, pay special attention to girls and women on the continent. The alliance which comprises 16 different Civil Society Groups including Speak up Africa a West African based strategic communications and advocacy organization have selected eight sanitation Media Fellows across the African in Uganda to champion WASH projects in their respective countries.

The Fellows from both Anglo and Francophone countries will work on their respective projects aimed at achieving sustainable development goal 6 with a financial and technical support from CAPOOP and speak up Africa alliance pool.

The programs officer for Speak up Africa Aida Kabo is optimistic the alliance will be an impactful one because the players are chatting a common path unlike the individual pockets of works done in the past.  ‘’This is will propel us towards achieving one goal because the pocket of works done over the years were in isolation’’ 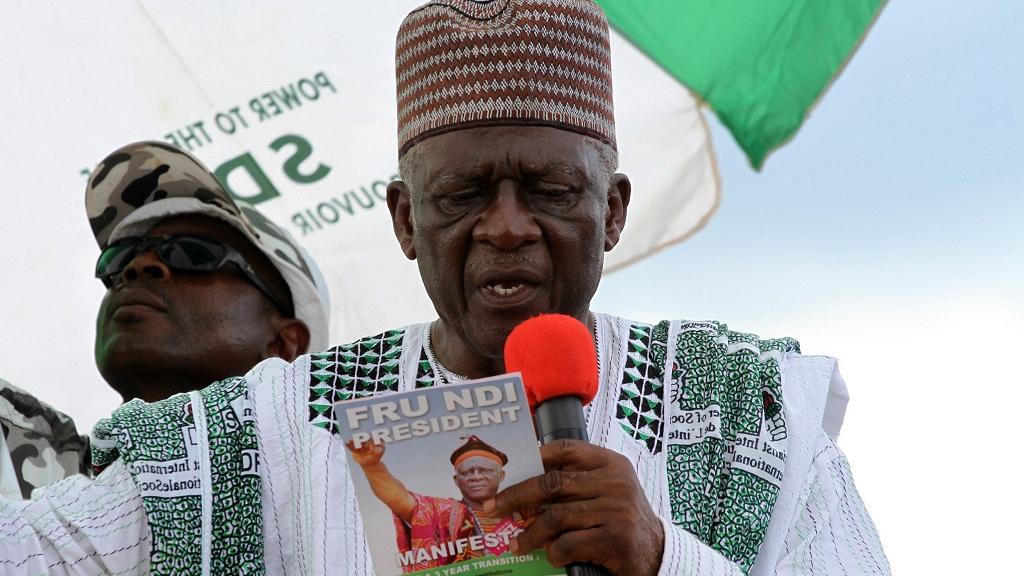 Cameroon Opposition leader, John Fru Ndi says fight remains same as 30 years ago, reiterates stand on federalism and promises “We will come back…”