Gambian international striker Musa Barrow is expected to finalize his much talked-about move to Bologna by signing a four-year contract with Sinisa Mihailojic’s side.

After passing a mandatory medical and posing with the Bologna scarf for cameras yesterday, Barrow, 21, is expected to seal the deal this week, ending his four-year association with Atalanta Bergamo with whom he started at their youth ranks.

According to Italian media reports, the former Hawks prodigy will move on an initial 18-month loan with a mandatory purchase option totaling to €19million which will be exercised in February 2021.

Known by his sobriquet, Printo, the talented youngster moved to the Gewwis Stadium in 2016 from Gambian side Hawks Football Club as a teenager and completed his footballing education at the Italian giants’ prolific youth system where he first came to prominence as an 18-year-old in 2018.

Commenting on Barrow’s imminent transfer to Bologna, a team lying 13th on the 20-team Italian Serie A table, President of The Gambia Football Federation (GFF) Lamin Kabba Bajo hailed his decision to join a team where he can be guaranteed of playing time as very important in his development.

He described the Kanifing native as one of the core players in the current crop of our National Team, thus making a leap to increase his minutes somewhere must be hailed by all Gambians.

“Musa is a very talented player and the coach has a lot of confidence in him. He has already showed us what he can do, bringing to mind the beautifully crafted goal he scored in a 2019 international friendly defeat of Morocco in Marrakech.

With that goal coming at a time when his minutes for Atalanta has began to drop, he continues to be a dependable figure whenever he is called upon by the coach,” Bajo affirmed.

“Musa is at a very important stage of his career where he needs to be playing, which is a win for him and our National Team. It is also heartwarming to note that our players are making the leap to join big teams in major leagues across Europe, thus this is very gratifying and the future of Gambian football couldn’t be any brighter.”

After been plucked from Hawks, Barrow impressed for La Dea’s U-19 side scoring an incredible 19 goals from 14 matches. These scintillating performances earned him a first-team debut in a 1-0 Coppa Italia defeat to Juventus in January 2018, before making his Serie A debut as a substitute in a 1-1 draw with Crotone on February 10 of that same year.

He made his full debut in a goalless stalemate with Inter Milan in April and just three days later opened his duck in a 3-0 defeat of Benevento.

Barrow is home as a central striker but is also comfortable on the left wing where he can cut inside to his stronger right foot. He is blessed with a lethal combination of a devastating pace, power, skill, trickery and an eye for goal.

Shortlisted as one of the best young players in Africa in 2019 by the Confederation of African Football (CAF), Barrow was also last year, nominated as one of the candidates for the Golden Boy, a prestigious accolade awarded to best players in Europe under the age of 21.

Among the former winners are Lionel Messi, Paul Pogba and Kylian Mbappe. In that season, he was directly involved in an Atalanta goal in every appearance by scoring back- to- back against Genoa and Lazio as well as an assist at Torino.

Proven to be his most productive season with the Atalanta first team, he averaged a goal every 71.2 minutes scoring twice and providing as many assists with 356 Serie A minutes.

These performances saw Europe alerted to his talent and clubs like Tottenham Hotspur and Chelsea in the English premier league as well as Borussia Dortmund of Germany, Inter Milan, and Torino from Italy were all credited with an interest.

However, La Dea shunned any advances to price away their latest protégé by refusing to entertain offers for their Gambian export.

Atalanta President Antonio Percassi was key in convincing Barrow to stay for one more season with the hope that further impressive displays in the 2018/19 season would see him mature into a more complete player where the team can also command a fee in the region of around £30million.

He started the last campaign in impressive fashion by being the youngest player to have already played a direct part in six goals at some stage in the season.

With four goals and two assists, all his strikes came in the Europa League, netting a hat-trick in the 8-0 thrashing of FK Sarajevo as well as a goal in a 4-1 win at Hapoel Haifa.

However, as the season progresses, he struggled for minutes with Coach Piero Gasperini preferring the trio of Emiliano Rigoni, Duvan Zapata and Alejandro Gomez as Atalanta qualified for the group stages of the UEFA Champions League for the first time.

Barrow shunned advances to stick with La Dea but with a paltry return of just seven matches this term, six of which he started on the bench, the Gambian is finally on the move.

He left Atalanta with 48 senior appearances across three competitions scoring 8 goals. While leaving behind compatriot Ebrima Colley at the Gewiss Stadium, he would link up with another Gambian, Musa Juwara, who is currently in the books at the Stadio Renato.

It is hope that Bologna will help him to rediscover the devastating form and Midas touch that saw some of Europe’s top clubs queuing for his signature. 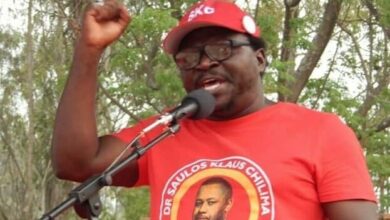