Amidst fear in country operation three-years Years Jotna, a pro-democracy group  have postponed its plan protest to January 26th after consultative dialogue with Gambia Government and Civil society.

Even though the Gambian constitution guarantees a term limit of five, the president agreed with his coalition partners before his election that he will only serve three years and then organised fresh election in which he will not take part.

However, he has since changed his mind by openly declaring that he will follow the constitutional mandate instead of the agreement. This has caused uproar between him and some political parties. But it is this movement that took it upon themselves to protest by forcing him honor the campaign promises.

They previously held one procession in December where they submitted a petition, calling on the president to resign and organise fresh election. They stated in the petition that on the 19th January, which marks exactly 3 years since Barrow took over, they will demonstrate even without a permit.

The fear continues in the country as the weekend approaches as the defiant movement insisted that it will continue to protest despite the police rejecting their permit to hold their demonstration.

But on Friday night, the dialogue initiated by the civil society between the government and the movement came to fruition.

The operation 3 years Jotna and The Gambia Goverment in a joint statement said after consultative dialogue mediated by The Gambia civil society, and in the interests of entrenching our democracy, enhancing our National peace, the proposed 3 years Jotna demonstrations have been postponed from 19th to the 26th January 2020.

The Gambia Goverment commits itself to grant a permit for a peaceful procession. Accordingly the 3years Jotna movement confirms that they have no intention of uprooting the President of the Republic and assures all that they are not affiliated to any political party.

Below the joint statement reads…

A joint statement signed by the Gambia government, civil society and the Three Years ‘Jotna’ Movement states that the  pro-democracy group has agreed to postpone its Sunday, January 19th demonstration.

“The Gambian civil society after due consultation with the Gambia government, international partners and the 3 Years Jotna Movement, we are pleased to announce to the general public that we have now reached common ground in the best interest of our dear motherland.

“Taking into consideration the security concerns raised by the government, recognised and appreciated by the Three Years Jotna Movement and civil society alike, noting the commitment of the Three Years Jotna to the peaceful conduct of demonstration, procession and assembly as demonstrated during their December 16th peaceful procession, the parties during the consultative dialogue negotiated by civil society in the interest of entrenching our democracy, enhancing our national peace, fostering our social harmony, reconciliation January and healing, respecting the rule of law and the rights of citizens, hereby commit themselves the following.

“The proposed Three Years Jotna demonstration slated for Sunday, the 19th of has now been postponed.”

However, they agreed that the government will grant the permit for a peaceful procession to be held on Sunday 26th of January 2020. The police and other security services are also tasked to provide security and protection for the planned Three Years Jotna procession.

The government through the Police force and other security services further reassures that it will continue to uphold and protect the rights of all.

“Accordingly, the Three Years Jotna Movement confirms that they have no intention of uprooting the president of the republic of the Gambia and hereby categorically condemn and disassociate itself from any negative audio and written comment or materials in circulation that are found to be abusive, threatening to persons, peace and stability of our nation.” 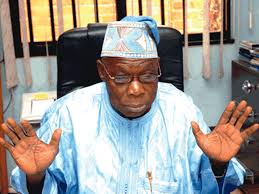