The Government of Gambia through the Ministry of Interior has revealed that eighteen police officers and seven civilians are injured during the Sunday’s protest by three-year Jotna Movement.

The movement was granted permit to hold a peaceful procession starting from the Y Junction off Sting Corner leading to the Independence Stadium. The procession was to start from 12noon to 2pm on Sunday 26th January 2020.

However, pockets of crowd started converging on the protest site as early as 07:30am. By 10:30am, irate youths from among the crowd stormed the police barricade and started marching towards the Sting Corner chanting slogans that they were on their way to Banjul to unseat the President.

The Police Operations Commander on the protest grounds engaged the leadership of the Jotna Movement to rain in on their members to respect the terms and conditions of the permit to no avail.
The Jotna Group was given clear warning by the police (Proclamation) to remain converged at the designated assembly point to carry on with their protest which they adamantly refused insisting they were heading to Banjul which was a clear violation of the conditions set out in the permit.

Clearly, as the agitated crowd made its way to the dual carriage highway towards Banjul, the police had no choice but to use necessary measures to redirect them to the agreed starting point of the protest.

At this stage, the protesters became uncompromising, aggressive and confrontational which prompted the revocation of the permit for the maintenance of law and order and to enforce the conditions of the permit

The protesters became riotous and violent by obstructing roads and burning tyres and logs on the highway as well as setting up fires in nearby bushes and on government wetland.

This situation persisted for the next two to three hours spreading to other areas around the Kanifing municipality where a local bank around Jimpex and a van were vandalized before matters were brought under control by the security.

The Gambia Government wishes to remind the general public that the permit was given with the conditions, which were agreed to and signed by the 3 Years Jotna Executive following several high-level negotiations that included the movement’s Executive, TANGO and the government, guided by the recognition of the rights to protest but also the responsibility to protect lives and property.

• That the procession must not interfere with the rights of other persons in their lawful business.

• That the procession must be done with the spirit and provisions of the law as it related to section 9 of the public order Act Volume 4 Cap. 22.01, Laws of The Gambia 2009.

• That failure to adhere to the conditions will result to the revocation of the permit and or the sanctioning of criminal prosecutions.
The refusal by the protesters to comply with the conditions of the permit was premeditated and in total adherence to the call by the movement’s leader, one Musa Korte alias King Sports who recorded inciting and inflammatory messages urging all protesters not to go home until President is deposed. Mr Korte who lives in the United States of America, has been consistently agitating for the overthrow of the government of The Gambia.

Equally, the Jotna executives had riot masks in full preparation for a confrontation with the police. All these were clear evidences that the movement was ready for violence.

Even though 3 Years Jotna Executive have claimed not to be affiliated to any political party, their behavior and utterances have been contradictory and in most cases inflammatory.

It was with regret that the government observed that some people have been injured including 18 police officers and seven civilians during the protest. Meanwhile the police have arrested about 137 people who are helping them in their investigations.

The government has noted with concern that the Jotna Movement is circulating video and audio materials from conflicts zones in other parts of Africa attributing them to today’s protest as part of a deliberate strategy of misinformation to create fear in the minds of the people.

Similarly, the government of The Gambia wishes to inform the general public that not a single person died during today’s protest contrary to the misinformation circulating in social media that three people lost their lives.

The government assures the general public that the The Gambia is safe, calmed and peaceful and that the situation is under complete control. All are therefore urged to go about their normal businesses.

Issued by, the Ministry of Interior, Banjul, The Gambia on 26th January 2020. 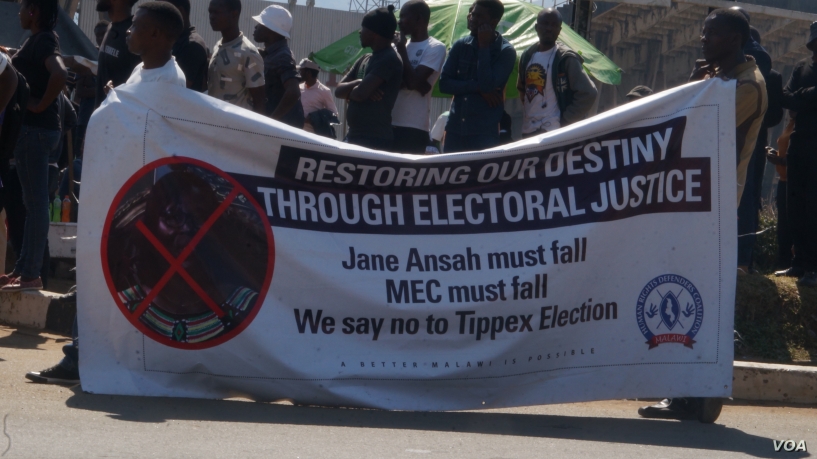