The Co-Chair of the Coalition for Dialogue and Negotiations Judith Nwana today held an hourlong discussion with His Excellency Ambassador Herman Cohen, former United States Assistant Secretary of State for African Affairs.

The discussion centered on pathways to a permanent negotiated solution to the escalating armed conflict in the Southern Cameroons.

Discussions also involved how the upcoming international conference on the armed conflict, scheduled for March 19-21, 2020 could help in facilitating credible negotiations and preparing for post-conflict reconstruction. 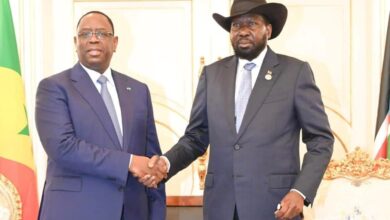