Denias Zaranyika, Regional Managing Director-Southern Cluster, Seed-Co limited speaking as guest of honour at the Zimbabwe Plant Breeders Association (ZPBA) congress held in Harare, Zimbabwe at the University of Zimbabwe, Crop Science department on 29 to 30 January, 2020 under the theme: Fall armyworm and other emerging issues has said that it is pleasing to hear that the International Maize and Wheat Improvement Centre (CIMMYT) is seized with the process of setting up a screening facility for resistance  against fall armyworm in Zimbabwe.

According to Zaranyika, the fall armyworm, a deadly pest native to tropical and subtropical America has invaded the southern Africa region in general and Zimbabwe since September 2016.

‘This new challenge emerged as we were about to overcome the other challenges,” Zaranyika said at the congress attended by plant breeders, scientists, government officials, agriculture experts including Food and Agriculture Organisation (FAO) representatives.

According to Zaranyika, so devastating is the fall armyworm that in the 2016/17 season alone, the pest caused significant damage on over 280,000 hectares of maize in Malawi, Namibia, South Africa, Zambia and Zimbabwe, and up to 70% crop loss, or total loss in some cases.

“It has so far been very difficult to eradicate the pest, which is known to migrate very quickly and is believed to have a very short life cycle of between 35 – 61 days,” he said.

He also added that they are reliably informed that CIMMYT has already made significant progress in breeding and screening for resistance against the fall armyworm in Nairobi, Kenya.

He said that the proposed setting up of a similar facility in Zimbabwe by CIMMYT would go a long way towards dealing with the pest.

Zaranyika said that personally, during his tenure as the President of the African Seed Trade Association (AFSTA) he took a keen interest in the eradication of the menacing pest on  African farms.

He said that according to some experts, the most effective and sustainable solution against this pest is  to develop strategies to breed for resistance to the devastating pest.

Zaranyika added that the gains of the past decade are being negated not only by the recurrent droughts, plant diseases and pests, but also, poor farming practices resulting in lower than optimal productivity to match the genetic potential of the available seed varieties. He said that the low yield levels, averaging below one tonne per hectare, are resulting in persistent food deficits despite the large area put under crop production each year.

He said that other factors that come into play also include declining soil fertility, high input costs, and transboundary plant pests and diseases which are affecting food crops, causing significant losses to farmers and threatening food security.

“In the latter category, locusts, armyworm, fruit flies, and wheat rusts are among the most destructive transboundary plant pests and diseases that we are having to contend with,” he said.

Mozambique: Oil and Gas Chamber installed to boost the industry 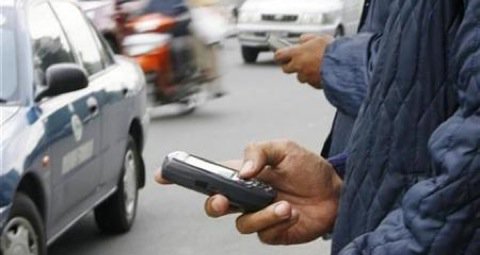