Renowned Human Rights Lawyer Barrister Ajong Stanislaus, who has over twenty years of experience in the law profession, has been appointed as the Chairman/country Co-ordinator of the prestigious African Bar Association.

His appointment is contained in a document signed by the President of the African Bar Association, Hannibal Uwaifo on December 27, 2019.

Holder of an LL.M in Human Rights Law from the University of Aberdeen- Scotland, Stanislaus Ajong is a Chevening Scholar and an International Human Rights Lawyer with wide experience in Cameroon, and Africa. Called to the Cameroon Bar in 1999, he founded and is presently Managing Partner of Security Law Firm situated in Tiko, South West Region of Cameroon.

According to the letter , a copy of which was seen by Pan African Visions, Barrister Ajong has been tasked with co-coordinating all the activities of the African Bar Association in Cameroon, mobilize and recruit members of the Afba and effectively bring information to, and from the association. He is equally called upon to represent Cameroon in the Governing and Executive Councils, and to solicit for funding support and resource persons for Afba.

Ajong Stanislaus has handled a number of Communications before the African Commission on Human and Peoples’ Rights against the Republic of Cameroon and the Federal Republic of Nigeria on behalf of the people of Southern Cameroons in their quest for the respect of the right to self-determination.

A Lecturer of Human Rights and Development at graduate and undergraduate level in the Pan African Institute for Development in Africa – PAID-WA between 2010 -2013, he equally facilitated two legal clinics in Kenya on the right to Education and Employment in Africa.

He previously took the University of Buea to court to challenge the admission procedures which he considered unfavorable to Anglophone applicants.

He was President of the Fako Lawyers Association (FAKLA) — the Umbrella organization for Lawyers of the Cameroon Bar Association resident in Fako Division from 2010-2015. The Association partnered with other bodies during this time to fight for the respect of the rights of vulnerable persons, particularly, instituting proceedings on behalf of persons detained indefinitely awaiting trial and also for the decriminalization of journalistic offenses.

“I attended BGS Buea and I went through a bilingual system, and I know the strong points of the Anglophone system of education and know some in the Fancophone system of education and when I saw the admission procedures where Anglophones were denied the right to gain admission to the University of Buea because of lack of O-Level English and the fact that Francophones were given the opportunity to have an intensive English class for six weeks, and have direct admission to Buea, I cried foul; And at the time, admissions were not uniform,” He said in an interview with The Sun Newspaper in 2015.

“… My action was dismissed but today the University of Buea has undergone some reformation. I have been in this for quite some time, and I was happy because it was no longer an individual fight but a collective one. We can count over 95% of Anglophone lawyers following this course and we think the plight of the English-speaking Cameroonian will no longer be the same again after May, 9, 2015.”

The renowned human rights lawyer who is equally an author had his secondary education in the Bilingual Grammar School, Molyko -Buea before proceeding to the University of Yaounde where he obtained the First Degree in Law. The British Foreign and Commonwealth Office (FCO) awarded him the highly prestigious Chevening Scholarship in 2015. 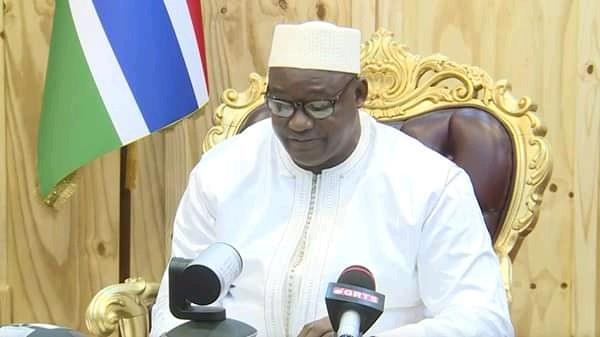