The Centre for Africa Liberation and Socio-Economic Rights (CALSER) has accused the Borno Elders Forum, politicians and other stakeholders of complicity in the continuous existence of terrorism in the state.

CALSER said some elders, political leaders and stakeholders in the state were frustrating the efforts of the federal government to end terrorism in north east  Nigeria.

In a letter addressed to BEF, The letter signed by the Convener, Princess Ajibola attached below posed several questions begging for answers from the elders and stakeholders.

It  gave a 7-day ultimatum to Borno Elders to initiate necessary actions in consonance with the concerns expressed in its open letter:

Let us start by commending the Commander-In-Chief of the Nigerian Armed Forces, President Muhammadu Buhari for his focused, spirited and result-oriented counter-terrorism warfare in the country.

We are very conversant with the difficulties of combating terrorism anywhere in the world. But the Buhari Presidency has demonstrated commitment, purposefulness and seriousness in ending the scourge of terrorism plaquing Nigeria, with deep roots in the Northeast. Of course, none of the members of BEF needs an extra binocular to spot the difference before and now under this government.

CALSER also, most objectively believe in the strategies being put in place by President Buhari and the security. But must be unequivocal that  military  action alone with the current posture of the Borno State  Stakeholders will yield no meaningful result or deliver the kind of results to restore peace and normalcy.

President Buhari has repeatedly proved that he knows the sensitivity of this national assignment, the indispensability of security in the country and has determinedly confronted the hydra-headed monster to a standstill.  Let’s be frank with you that the Nigerian military  has considerably obliterated the  shadows of Boko Haram in the Northeast.

But it is not edifying for us to think the United Nations (UN), government or any other authority is not doing enough to end Boko Haram. Our people say, charity begins at home. So, fighting insecurity of the identity and magnitude of Boko Haram insurgency  anywhere in the world demands concerted efforts by all stakeholders to record and sustain the desired impact.

It is unfortunate that BEF, politicians and other stakeholders in Borno state have wrongly perceived and interpreted the entire Boko Haram insurgency which has devastated and ruined, not only Borno state, but the rest of the Northeast region as the exclusive business of President Buhari.

However, what other stakeholders in this collective battle against insurgency in Nigeria, including BEF have failed to do is to also contribute their quota to this battle to save humanity and their own remaining kith and kin trapped by remnants of insurgents.

What has remained confounding to the rest of us and the world is the unconcealed politicization, indifference and urbanian inclination of BEF to the total elimination of Boko Haram terrorism in Borno.   BEF has postured as more interested in condemning the Presidency, or lobbying Mr. President to change leaders of the Nigerian troops in the frontlines for not doing “enough.”

BEF consistently leads bogus delegations of prominent elders from Borno, armed with a plethora of demands of what they think should be done to end Boko Haram terrorism. Which is good in itself. And overtime, President Buhari has responded by implementing some of these demands he deems sensible within the context of finally routing out Boko Haram in Borno, the Northeast and Nigeria.

Disappointing though, BEF has abandoned its crucial part of the bargain or contributions to this collective warfare on anti-terrorism or has gleefully neglected it, while they wake up every day looking unto outsiders to solve a problem in their own house. It’s like members of this forum derive pecuniary benefits from the deaths, devastations and ruination of their land by insurgency or indeed, pleasure in its festering.

Or else, how is the rest of the world supposed to understand that BEF is completely unconcerned with the sixth of United Nations Security Council of June 8, 2018, on “UN Global Counter-Terrorism Strategy” delivered on a four-point plan of action to member-nations, one of which states unambiguously as “…addressing the conditions conducive to the spread of terrorism, including but not limited to prolonged unresolved conflicts, dehumanization of victims of terrorism in all its forms and manifestations, lack of rule of law and violations of human rights, ethnic, national and religious discrimination, political exclusion, socio-economic marginalization, and lack of good governance….”

Another clause in this resolution, specifically addressed BEF and  states that stakeholders are enjoined; “To promote a culture of peace, justice and human development, ethnic, national and religious tolerance, and respect for all religions, religious values, beliefs or cultures by establishing and encouraging, as appropriate, education and public awareness programmes involving all sectors of society…”

All of us are aware of the history or evolution of Boko Haram insurgency which has blossomed for 10 years into a national and global security monster. Candidly, politicians in Borno state started it by importing political thugs from Niger and Chad Republics in 2002 to assist them rig elections by hook or crook in the state.

After the electoral victories, these imported armed political thugs were abandoned to hunger and starvation. They devised other means of survival and brought up the idea of Boko Haram, recruited your sons and daughters into the fold, and gradually morphed into the berserk terrorists they are known today. This is a sad history unworthy of recollection or recounting. But it has become necessary at this point to call a spade a spade.

The pioneers of this queer version of Islamism have probably all been killed in combats while battling Nigerian security forces over the years. But the inheritors and promoters of this awkward and satanic project are your children, who answer your calls as fathers, uncles and brothers.

It’s absolutely indiscernible that BEF had never ever contemplated penetrating the rural populace to dialogue, interact and appeal to their own kith and kin for armistice over a decade of battle or expression of anger in bloodbath. How come they are suddenly afraid of their own children?

CALSER has challenged BEF to show even one instance they embarked on peaceful dialogue with their people on Boko Haram or attempting to win the confidence of the people to sheathe their swords? We guess it will be a hard nut to crack.

Is this not shameful enough that elders who are by African tradition supposed to lay down their lives for the younger generation would in reverse order, pleasantly allow the destruction of their posterity and land for whatever reason? What has prevented BEF from fostering persuasive and meaningful dialogues among communities and groups towards ending insurgency?

Each time BEF voices out in the media, its either they are requesting President Buhari to sack Security and Service Chiefs or change the anti-Boko Haram Strike squads on the battlefield. The conduct inspires a lot of suspicions and raises dust on the sincerity of BEF members as a whole on ending insurgency.

Borno state has worthy, wealthy and influential sons and daughters, both former and serving government appointees. Honestly what are they doing with this clout and affluence when their land is on fire? Who else do BEF members expect to exclusively blight the fire, while they covertly instigate it and stand on the fence to curry sympathy from the world in undisguised blame games of government and security agents?

We want to know the efforts of dialogue  all the rich businessmen and women from Borno  as well as all the  government bureaucrats at both national and state levels have done collectively or individually to quench the fire of insurgency? What role has this rich assemblage of worthy sons and daughters  played in bringing an end to  Boko Haram insurgency in the state or in complementing the efforts of government and security agents?

It is the greatest shame of a people staring BEF elders in the face before the rest of the world. We are tempted to believe incontrovertibly that while Borno state burns, these wealthy and influential elders revel in affluence and squander in safe havens far-flung from home. And so, they think it is the exclusive responsibility of others to quench the fire of  Boko Haram.

It is completely unacceptable. Insurgency started in Borno and it must end in Borno where it has receded to concentrate now. The time to tell ourselves some sacrosanct truths is now! We cannot flinch from it forever. BEF must know, the time for the truth and the necessary action to salvage our suffering, deprived and dehumanized people is now!

So, every BEF member must dust the toga aloofness and move into the communities and villages of Borno to speak to their people; invest or spread  the wealth through poverty alleviation schemes. BEF must service the cord of fraternity for the rest of us to have peace and security.  Again, Boko Haram started in Borno and currently nourished by majority of masked Borno people and BEF  must find a non-military solution to it.

It’s a mistaken notion to leave this arduous task solely in the hands of the Nigerian Army. Its time all of us must move to either the trenches or invade our communities with messages of peace and reconciliation. If Niger Delta elders can achieve it with militants, it’s not impossible in Borno, the Northeast and Nigeria.

Finally, we wish to state clearly that we are issuing  a 7-day ultimatum to Borno Elders to initiate necessary actions in consonance with the concerns expressed in this open letter. If after the expiration of the ultimatum and nothing is done, CALSER would be forced to activate other peaceful and lawful instruments in order to give peace and security to our distressed and traumatized humanity in Borno state. 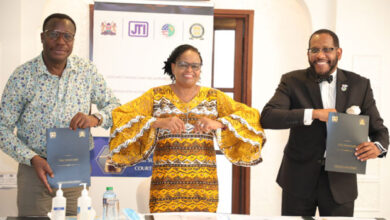