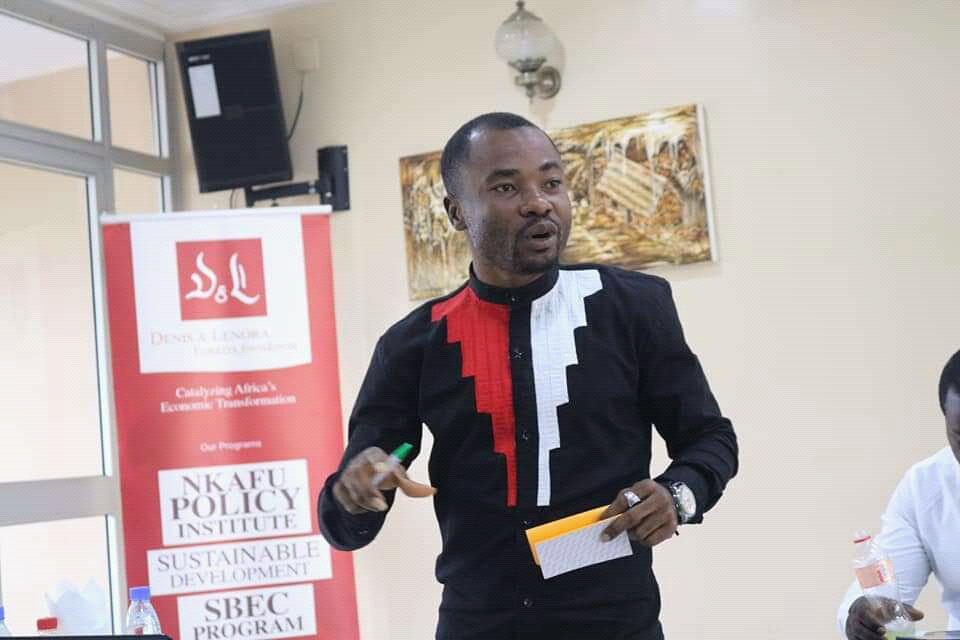 (Buea, Cameroon) Since 2016, with the emergence of the current armed conflicts in the South West and North West Regions, the image of the country as an avenue of peace, among many troubled countries and Cameroonians as “tolerant and peace-loving people” has changed for the worst.

In joining voices and to move the talk for the need for a peaceful resolution to the current violent conflicts in two English-speaking regions of the country, and across the national territory, the Nkafu Policy Institute of the Denis and Lenora Foretia Foundation has December 3, 2019, at Hotel Mermoz in Buea, South West Region of Cameroon trained peace advocates on the peaceful resolution of conflicts in the country.

The training is inline with a recently instituted project titled “promoting lasting peace in Cameroon.” Within this project, the Nkafu policy institute is hosting two leadership and capacity-building workshop for peace advocates.

To Emile Sundjo, Lecturer at the Department of International Relations and conflict resolution at the University of Buea noted that peace means embracing people  for who they are and not trying to change them. “Peace is not the absence of war, but it means social cohesion,” He said.

“The peace advocates should become a positive change to their communities. We should welcome diversity, differences and accept people’s differences, and if we do that the conflicts in our country will be reduced. We can reduce conflicts with tolerance, but we cannot completely eradicate it.” “…We should learn to share resources in the country. We need to be tolerant and share resources in the country.”

Mbeng Primus, Lecturer at the Department of International Relations and Conflict Resolution, Founder of Young Initiative for Peace Building, and Conflict Resolution speaking on practical conflict prevention, management, resolution, transformation and settlement indicated that the government cannot solve the present problem in the Anglophone region without first identifying the root causes of the problem. “The government must recognize there are two cultures in Cameroon (Anglophones, and Francophones)” He said.

He added that the denial factor exists at the moment that is why the present crisis is yet to be resolved. “You must face the problems to resolve the present crisis,” he noted. “Conflicts doesn’t come from the blues. There are early warnings which are involved. The government has failed to recognize the problem that’s why we are where we are.”

“Peace makes us to accept diversity. We must embrace diversity and tolerance,” He noted. “Once we start saying one culture is bigger than the other, we start getting to diversity issues. Hate speech should equally not be part our peace advocates’work.”

Speaking to PAV, Mbeng Primus  indicated that conflict prevention is the best way for sustainable peace. “If we want to sustain peace in our country, we must first prevent conflict. There is no need resolving a crisis when you can prevent it — that is stopping the conflict from occurring is better than providing solution to the conflict.”

“The advocates must go back to the communities and be the changes that they want the country to be. We are leaving in a very difficult moment, and it is only a peace advocate that can savor this situation that we are.”

“We have as a responsibility to go back to our various communities, and try to seek for means to preach the most desired peace that we expect in this country,” Tarhyang Tabe, participant and Publisher of The Advocate Newspaper noted while adding that we have to see where we have not been able to effect change and see how we can be able to do the new things we have learned. “Now it is a matter of approach. Our approach may be different, but the result is the same — the solving of the crisis in Cameroon.”

During the training, two major modules were x-rayed which included the theoretical and conceptual underpinnings of peace, conflicts, and violence/war, and practical conflict prevention, management, resolution and transformation.

The training brought together individuals from diverse backgrounds, civil society organizations, peace and development experts interested in contributing to peaceful and sustainable solutions to the current destructive conflict in the Anglophone Regions, and Cameroon at large.

According to a communiqué, the foundation believes that this diverse groups of advocates (some 50) will be able to bridge Cameroon’s tribal, cultural, political, and linguistic divides and promote peace in their communities.