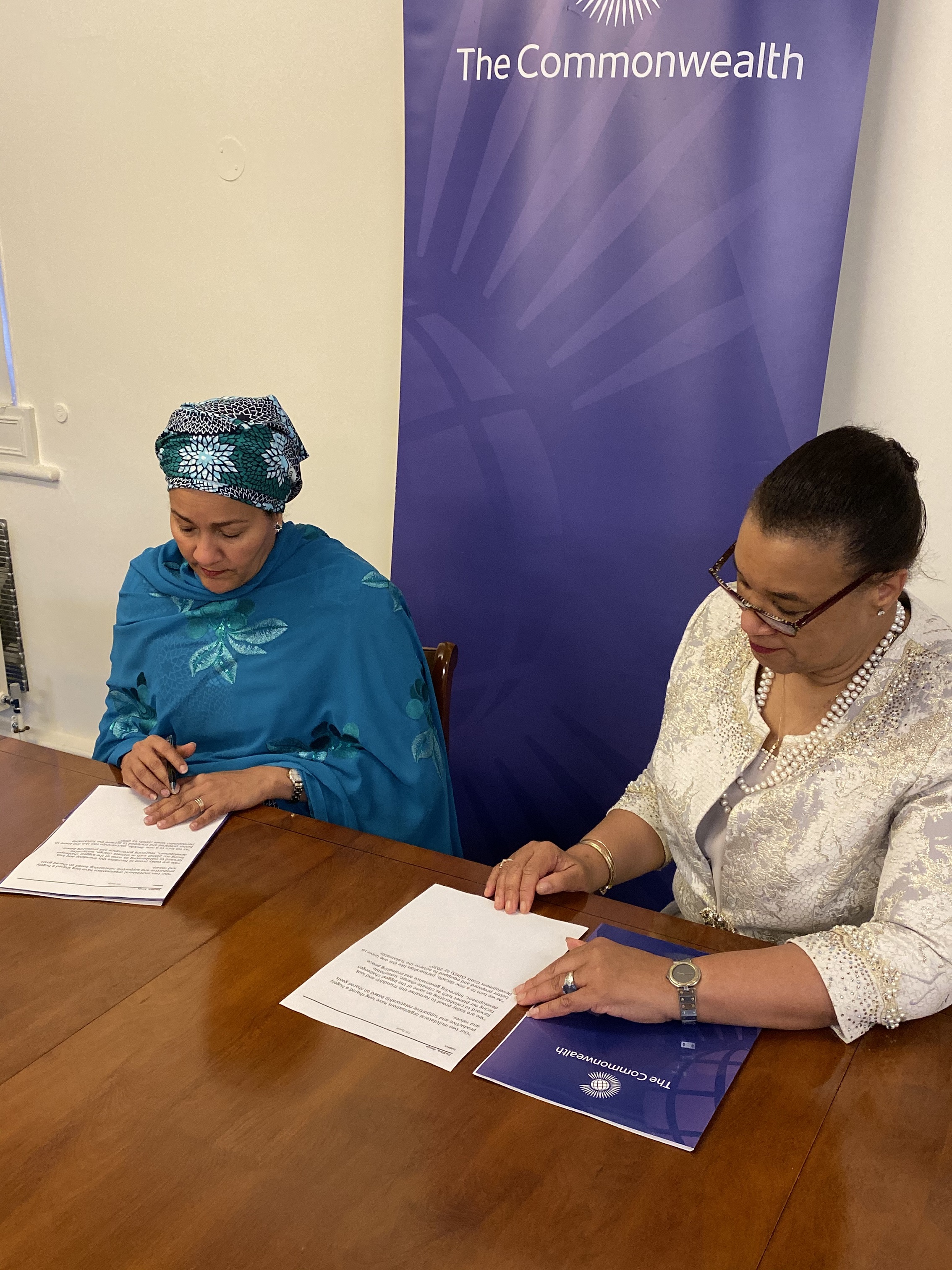 The two leaders signed a Memorandum of Understanding today at the Commonwealth’s headquarters in Marlborough House, London. The document outlines how the two organisations will work together on pressing global issues such as governance and peace, sustainable development, inclusive growth, climate change, ending violence against women and girls and sports for development and peace.

“The United Nations and Commonwealth have long shared a genuine relationship based on shared goals and values.

“We are today proud to enhance this friendship and take it to a new level which the delivery of the 2030 Agenda demands.

“As we turn to a new decade of action, the challenges we face in order to deliver on the world that we want by 2030 demand we address sustainable development, climate change, improving governance and promoting peace.”

The Commonwealth is committed to the delivery of the Sustainable Development Goals and has made particular progress on the goals of gender equality and tackling climate change.

Working on tackling climate change and ocean conservation is also an area where the Commonwealth has had a significant influence. Last year, all 53 nations in the Commonwealth, covering one third of the world’s oceans, signed the Blue Charter a landmark agreement to actively co-operate on ocean governance. So far 12 nations have stepped up to lead action groups on areas such as marine pollution, ocean acidification and coral reef protection.

The agreement stresses that ‘prevention’ will underpin each of the collaborative areas and leaves the door open for additional areas of co-operation at a later date.