Women in Law and Development in Africa (WiLDAF Ghana) has commended the President of the republic of Ghana Nana Akuffo Addo for replacing the three retiring female Justices due for retirement with another set of female Justices at the Ghana’s high court. A move WiLDAF’s says is worth pointing out but maintained Government must make conscious efforts to have deserving women occupy their positions to build Ghana.

The commendation comes at the back of the president’s nomination of the three, Ladyships Justices Mariama Owusu, Lovelace Johnson and Gertrude Tokornoo onto the highest Court of the land.

Speaking to the Communications and Advocacy Officer for WiLDAF Ghana, Abigail Edem Hunu she called on the justices to use their position to advance access to justice for abused women and girls and the less privileged out there who have lost their voice due to societal pressure.

‘’It is our hope the Justices will use their new position to advance access to justice for women and girls, and when they are approved by Parliament, will continue to serve as positive role models to women and girls across the country’’.

WiLDAF Ghana she added is also using the opportunity to appeal to the government of Ghana to speed up the passage of the Affirmative Action Bill into Law. Ghana has committed to Affirmative Action by signing and endorsing the Convention on Elimination of all forms of Discrimination against Women (CEDAW), Beijing Platform for Action, the SDGs and the Commonwealth Plan of Action on Gender Equality which set a minimum target of 30% of women in decision making position by 2015, the African Union (AU) Protocol to the African Charter on Human and Peoples’ Rights on the Rights of Women in Africa and AU Solemn Declaration on Gender Equality which targets 50% representation of men and women in public and political offices in Member States.

Unfortunately, in the Ghanaian parliament, female representation is just 13.8%; only 23 women out of 124 ministers are representing just 18.55%; less than 10% women representation in all District Assemblies, this clearly demonstrated that despite the provisions under the constitution and the ratification of various international human rights laws, these laws can only be useful if an Affirmative Action Law is  passed and implemented to create an environment which is gender inclusive and gender responsive. 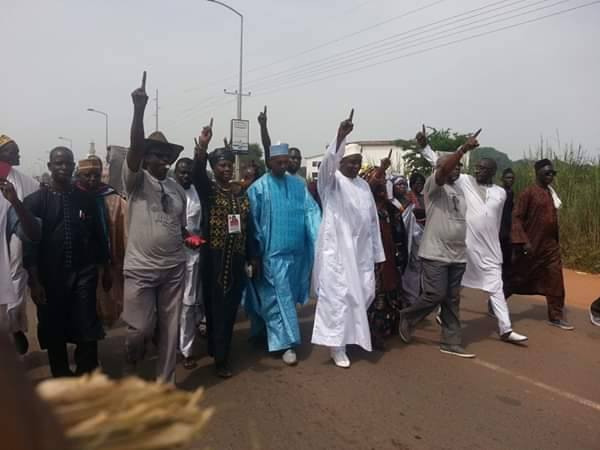