Juba – The Norwegian government has allocated about $3 million to support people displaced by torrential floods across South Sudan.

Of recent, the UN Office for the Coordination of Humanitarian said severe flooding across the country had affected nearly 1 million people since July. The families in the three regions, including Abyei Administrative Area being forced to seek shelter on higher grounds because of the persistent rainfall and flash floods.

Aid agencies have reported the closure of health centers due to floods, put most of the displaced people at the risk of infection from water-borne diseases.

South Sudan’s humanitarian crisis has now been exacerbated by heavy rains and floods due the current five-year conflict, therefore Norway’s $3.3 million is expected to help save lives and alleviate the suffering of people in areas that are badly affected by the flooding and in other areas where there are major humanitarian needs.

Norway’s Minister of Foreign Affairs, Ine Eriksen, said the money will provide for needs such as shelter, clean water, food, and medicines.

Norway’s humanitarian assistance will help to save lives and alleviate need both in areas that are badly affected by the flooding and in other areas where there are major humanitarian needs after many years of armed conflict. It is crucial that the local authorities and humanitarian actors cooperate closely to ensure that aid reaches those who need it most,’ said Ms Eriksen.

Ine Eriksen called on local authorities and humanitarian actors to collaborate to ensure that aid reaches those who need it most.

Norway’s money is being channeled through humanitarian organization operating in the country so that they can respond to the humanitarian needs rapidly and effectively.

The UN OCHA says more than 60 per cent of the flood-affected areas in South Sudan are currently classified as facing extreme levels of acute malnutrition.

But the UNHCR reported that the water levels have begun to recede but road conditions continue to deteriorate with the long exposure to water and fast-moving currents eroding the marram roads. Adding that refugees and host community members are at risk of disease outbreak due to flooded latrines which have resulted in contaminated surface water in addition to the high risk of water borne diseases due to stagnant water.

South Sudan, which gained her independence in 2011 from North Sudan depends entirely on international aid organizations to address its humanitarian challenges.

For many years, Norway has given high priority to the humanitarian crises in South Sudan. This most recent contribution brings Norway’s total allocation to humanitarian aid in the country and support for South Sudanese refugees in neighbouring countries to a total of NOK 172 million. 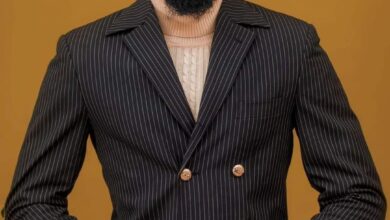 “I want to break the myth that Law student do not engage in fashionista in Sierra Leone’’- says Arfan Vux Turay, contestant for the upcoming Mr. FBC 2021 Crown