Statistics from three publications released over the last few weeks paint a sober picture of internet access, use and freedom in Zimbabwe. A combination of factors have contributed to a drop in the number of Zimbabweans that use the Internet, while on the other hand, archaic and undemocratic laws continue to restrict free expression and access to information on online platforms, according to the Media Institute of Southern Africa-Zimbabwe (MISA).

According to MISA-Zimbabwe, the first publication in exposing the challenges forgoing is the Abridged Postal & Telecommunications Sector Performance Report for the Second Quarter of 2019, which reported a decline in internet users in Zimbabwe.

According to the report produced by the industry regulator, Postal and Telecommunications Regulatory Authority of Zimbabwe (POTRAZ), at the end of December 2018 62.9% of Zimbabwe’s population had access to the Internet. By the end of June 2019, this figure had dropped to 57.2%.

A major contributor to the drop in internet usage rates is the increasing cost of mobile data and connectivity fees. Accordingly, the statistics reveal that at least 95% of Zimbabweans access the internet via their mobile devices using mobile data from mobile network operators such as Econet, Net-One, and Telecel. Recent months have seen steep increases in mobile data costs across all three mobile networks while user income level have largely remained stagnant forcing internet users to prioritise spending on other services besides the internet.

It is added that while MISA Zimbabwe took a stand against internet shutdown in Zimbabwe in January 2019, they are worried that the cost to access in now shutting out users from enjoying their constitutionally granted rights, specifically under section 61 and 62 on free expression and access to information.

Zimbabwe among others. In the same report, Zimbabwe slipped one position down in the Affordability Drivers Index (ADI) to position 53 of 61 countries covered in the report.

The Affordability Report calls upon policymakers such as Parliamentarians and regulators such as POTRAZ to play a role in formulating policies and regulations respectively that supports healthy broadband markets that are affordable to the majority of citizens within a given country.

Poor policies such as high taxation of the telecommunications sector can effectively drive up connectivity costs. For example, local mobile network operators pay an estimated 65 cents out of every dollar they make to various government entities in the form of taxes and contributions to sector specific funds such as the Universal Service Fund. These multiple taxes and costs are passed on to the consumers of telecommunications services.

The third publication is the Freedom of the Net Report published by Freedom House. This report states that the state of Internet freedom has globally been on the decline for the past nine years. Zimbabwe is however, cited as one of the five countries which have experienced the greatest decline in Internet freedom in the past year. This decline is largely due to the six-day long Internet shutdown experienced by Zimbabwe in January this year and arrests as well as harassment of dissenting voices online.

The report found that Zimbabwe’s Internet space is partly free.

Other factors that have led to a decline in the enjoyment of Internet freedom in Zimbabwe include the existence of laws in the country’s Criminal Law Code that criminalise fair enjoyment of the right to free expression. In 2019, a number of people have been arrested for sharing messages that are said to undermine the authority of the President over social media platforms.

The Freedom of the Net Report indicates an increase in the number of authoritarian governments that use internet based technologies and social media in particular to push their agenda that sometimes is in the form of misinformation campaigns. Since early 2018, the Zimbabwean social media space has seen an increase in social media accounts that express pro-ruling party sentiment.

According to MISA-Zimbabwe, the three reports indicate that a number of cost and policy related factors affect access to the Internet. The media organisation also says that they also show that the policy framework determines the level of enjoyment of rights and Internet freedoms. The reports also indicate that Zimbabwe has its work cut out in order to ensure a safe and affordable Internet for all.

Rwanda: Community Advancement Is a Responsibility for Us All – Kagame 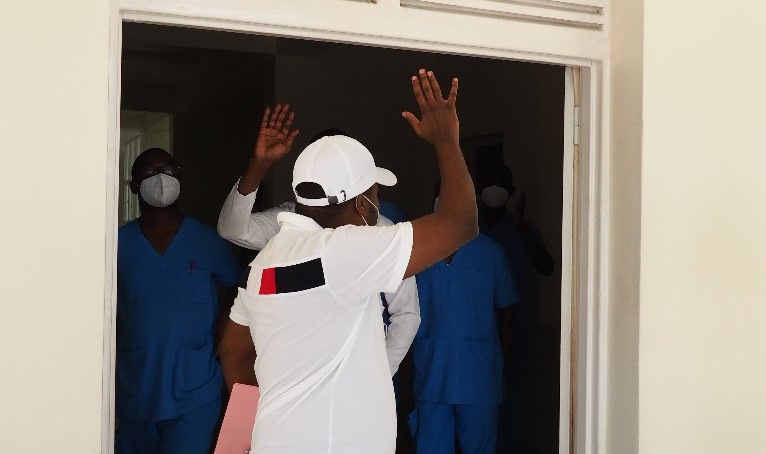