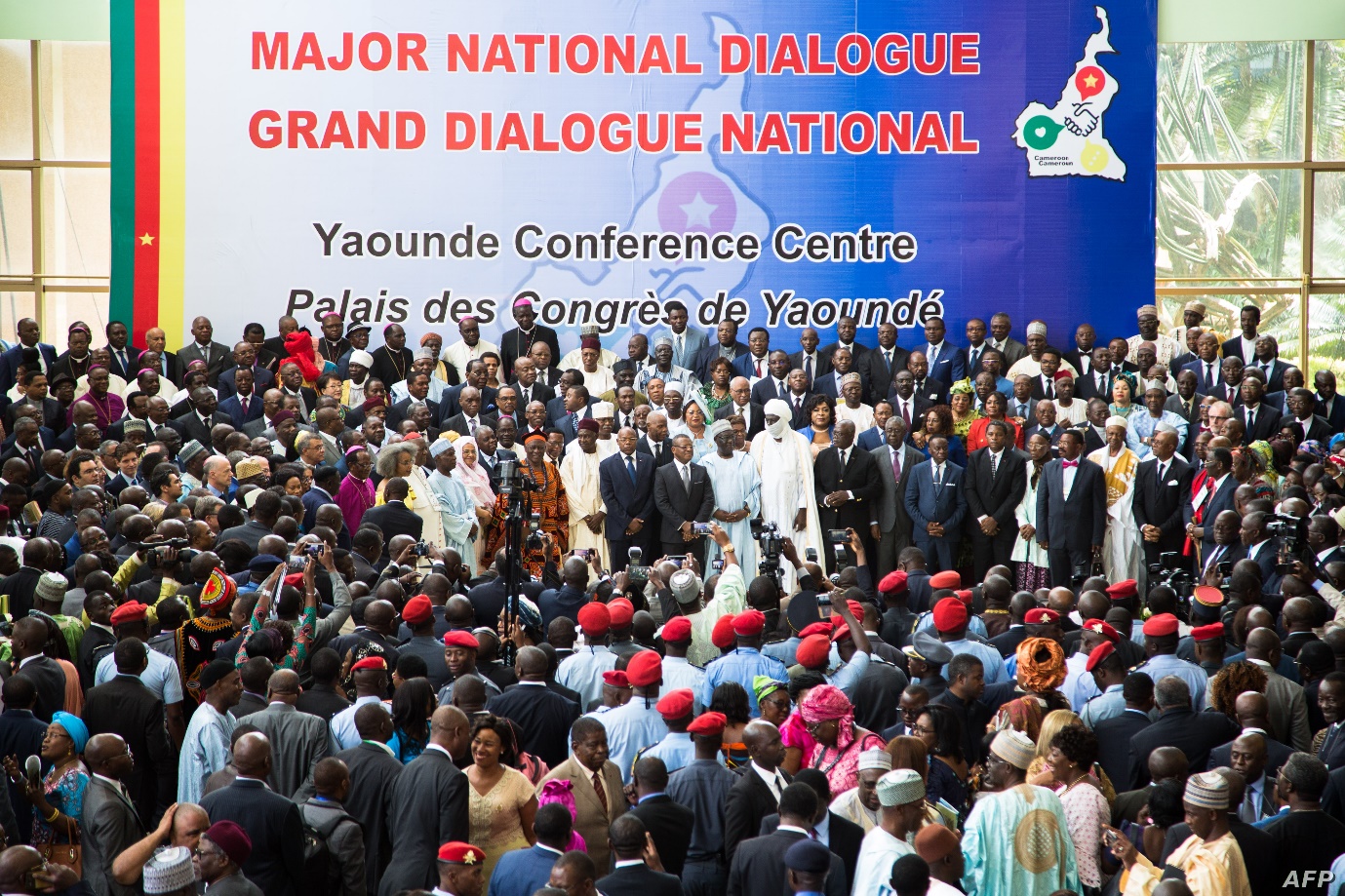 Faced with silence from the government since the National Dialogue ended, a college of English-speaking Cameroonians has tabled eleven recommendations towards an amicable arrangement to stem the ongoing political crisis in the country.

The recommendations put forward by civil society actors who tagged themselves as the Special Status Work group, say the ideas presented are what it takes to protect minorities and their interests in the country; a critical point that can be attributed to have triggered the crisis in the North West and South West regions.

Comprising educationists, religious leaders, politicians, lawyers, activists and human rights advocates among others, the group referenced a recommendation from the just-ended Major National Dialogue which pushes for granting a Special Status to the Northwest and Southwest Regions as a prerequisite to putting an end to civil unrest in the Anglophone regions.

“The Major National Dialogue is the government’s first major attempt to engage in discussions that seek to bring peace and a return to economic activity in the area. The most important recommendation coming out of the MND in this regard is to effectively legislate a solution that recognizes the Special Status of the two regions”, a section of the resolution reads adding;

“This will be done based on the constitutional provision that allows the state to legally recognize the specificities of any parts of the national territory.”

Pointing out that the notion of “special status” is not specific to Cameroon or new to constitutional law, the group cited the experiences of Quebec in Canada, Hong Kong in

China and Northern Island in the United Kingdom as lessons that could be drawn upon in designing a similar constitutional arrangement for Cameroon.

“The State shall transfer to Regions, under conditions laid down by law, jurisdiction in areas necessary for their economic, social, health, educational, cultural and sports development…In line with the constitution which allows for Regionalism of the 10 provinces, the Northwest and Southwest will be considered, beyond the devolution of administrative authority that comes with decentralization, as two separate and distinct autonomous Regions within the special status regime.”

On a larger scale, the group advanced that each Region should determine its health, education, economic, social, cultural and environmental policies.

The proposal comes at a time of increasing pressure and scorn for those who attended the National Dialogue which many thought it was designed to fail. A month after the event, President who neither spoke at the opening session, nor the closing ceremony has largely remained mute leaving many wondering if his government has any intention of implementing the recommendations. In the meantime, the crisis continue to rage on with some two million people affected per recent UN reports.

Below is the list of recommendations as put forth by the Special Status work group;

1. The House of Assembly:

The House of Assembly will be the legislative body of the “Special Status” Region, deriving its powers directly from the people. It shall be comprised of representatives from all counties/divisions within the current North West and South West Regions. Each of the 2 regions will have its House of Assembly. All laws passed by both Regional Houses of Assembly take immediate effect after the (Elected) Governor signs the bill. There will be no ratification by National Parliament except as concerns those laws with specific application to border security, international relations and monetary policy.

Concerned citizens may constitute themselves and pursuant to a signature of at least 10,000 tax-paying citizens, table a motion for consideration by the Regional Houses of Assembly.

This institution will act as an advisory body to the House of Assembly like it did previously before reunification, with no legislative or veto power, as captured below:

The function of the House would be to consider and by resolution to advise on any matter referred to by the [Governor] or on any question or matter introduced by a member. The House would consider proposed (legislation) and important matters of police and its resolutions would be laid on the table of the House of Assembly when it would be open to the Government or any member to take them up.

region, with offices within or without the Governor’s office, with the duty of observing and reporting to the President on matters of national interest within the region. This Liaison Officer shall be a Special Technical Adviser on areas of national domain like the borders, ports, parastatal corporations and national security. The Liaison will focus on the administration of national matters, as opposed to issues relating directly to the Region and shall not be above the elected Governor and Lieutenant Governor. Each Special Status Region shall have a Liaison officer appointed.

We also believe our Traditional rulers can serve as the first line of a functional local judiciary through the Customary Courts. Judges may refer cases brought to their benches to a local traditional ruler or customary court for mediation by persons duly trained and accredited to mediate the issues. If such mediation does not resolve the issue, the parties can then bring back the dispute before the judge.

The National Government and the Regional Administrations shall agree on a formula for revenue sharing as pertains to revenue from natural resources present within the Special Status Region, with a minimum percentage staying within the Region, and a commitment by the National Government for a minimum percentage of the national budget to be guaranteed for the region. There will also be an agreement on a minimum amount of revenue to be retained or redistributed to the Region from all parastatal corporations based in the Region. Revenue sharing will be applicable exclusively to natural resources, extractive industries and revenue from parastatals. Property and other local taxes shall remain with the Local Government and shall be used locally.

7. Representation in the National Government, Executive and Judiciary.

At least 10 Senators should be exclusively reserved for Anglophone Senators irrespective of those who run for election on a political party banner. This means that 10 out of the 30 members of Senate appointed by the Head of State should come from the North West and South West Regions.

At the National Assembly, a proportionate number of seats, based on the most recent internationally recognized census results, should be reserved exclusively for the Special Status Regions, irrespective of political affiliation.

The National Government will ensure quotas for citizens of the Special Status Regions so that they can be adequately represented in the Judiciary, Legislative and Executive branches of government.

8. Change in the country’s name

The Special Status Regions will define their own educational policies from nursery to the university. The education system shall be STEM oriented, giving youths the opportunity to be productive and be job creators with abilities to generate wealth and foster development.

Special Regional Commissions on critical aspects of communal living will be set up as required and come into force after approval by a two-thirds majority in the Regional House of Assembly. These may include the following:

A Commission of Inquiry for matters of governance and investigation of senior government officials.

A Vehicle Inspection Authority to ensure road safety and the road worthiness of automobiles and all mechanized road users.

A Sanitary Inspection Unit to oversee matters of public health and sanitation as well as the urban environment.

11. Police, Gendarmes and Other uniformed agents

Local councils would have jurisdiction of police stations throughout the North West and South West Regions in order to ensure community policing. For far too long Anglophones have repeatedly complained about abuses and torture from police officers who in most cases can barely effectively communicate with them. Furthermore, with the ongoing crisis, the need for local police is needed to restore trust, safety, and order in the Anglophone regions. The police training facilities in Mutengene should be run by the Special Status Regions to train their own police forces. Each Special Status Region will have its own police academy. Prison Warden and Forest guards should be trained locally.