33 persons were arrested, while others were injured in Yaounde, Cameroon’s political capital as supporters and sympathizers of the Cameroon Renaissance Movement, CRM classed with forces of law and order as they carried out a banned protest match on Saturday October 2, 2019.

The CRM supporters were arrested as they attempted to force their way to the venue (Ahmadou Ahidjo Stadium) where the rally was supposed to take place, while several other persons sustained injuries in the clash with security forces.

Olivier Bibou Nissack, spokesperson for Maurice Kamto said 30 out of the 33 persons arrested were later released late Saturday evening. “Three of our supporters have been arbitrarily detained at the First District Police Station in Yaounde,” Bibou Nissack added.

According to local media reports, security forces had taken strategic positions at the Omnisports neighborhood on Saturday morning after local authorities had banned a political rally of the Cameroon Renaissance Movement. The CRM leader, Maurice Kamto was supposed to make his first appearance since his release from jail on October 5.

Tension began to boil later after midday when Kamto was stopped by security forces few meters from the even ground as his supporters pushed through. After hours of a standoff, the leader of the Cameroon Renaissance Movement was forced to make a u-turn as security remained beefed up.

Another CRM rally scheduled for Douala this weekend has equally been banned by local authorities.

Since the announcement of the presidential results at the end of October, several unauthorized demonstrations have been organized by the MRC against what it calls an “electoral hold-up”.

Maurice Kamto, lawyer, former Minister of Justice and former MRC presidential candidate, came second (14.23% of the vote) behind Paul Biya, re-elected for a seventh consecutive term with 71.2% of the vote, according to the Constitutional Council’s results. 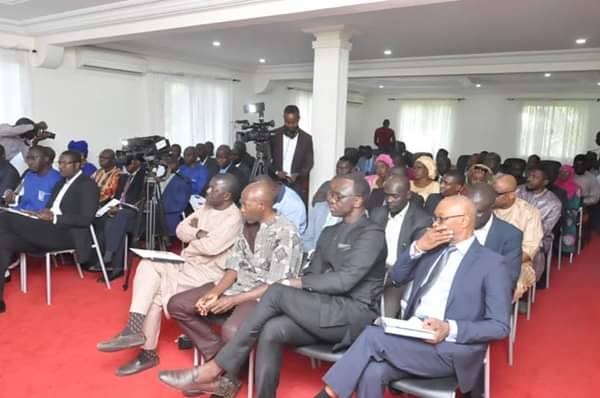