Safaricom has named Peter Ndegwa as its new Chief Executive Officer effective April 1, 2020 in replacement of the acting of the current CEO Michael Joseph.

“Safaricom PLC board of directors has resolved to appoint Mr. Peter Ndegwa as the company’s chief executive effective April 1, 2020. Peter brings a wealth of experience in General  Management, Commercial and Business  Strategy, Sales and Finance  Operations, having spent over  25 years in various roles within the Financial Services and Fast-Moving  Consumer  Goods (FMCG) sectors in Africa and Europe,” read a statement from Safaricom.

Joseph was appointed by the Safaricom board members after the demise of the former CEO Bob Collymore in July. Ndegwa is the current Managing Director of Diageo Continental Europe where he runs the operations of the in 50 countries in Western and Eastern Europe, Middle East and North Africa.

Previously, the Bachelor of Degree holder in Economics from the University of Nairobi and an MBA the London Business School served as a CEO in Guinness Nigeria PLC Guinness Ghana Breweries. He was reported to have increased the company’s revenues by double digit via investment in people, launching new products and restructuring businesses.

He was also a sales director at PricewaterhouseCoopers (PwC), a global consulting firm where he started his career. 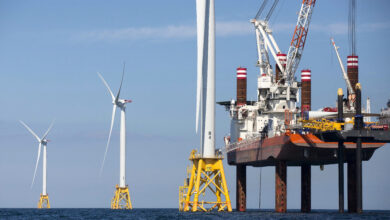