The African diaspora in the United States of America and around the world is riled up in controversy following the dismissal of the African Union Head of Mission to U.S.,  Ambassador Dr. Arikana Chihombori-Quao by the African Union Commission Chairman  Moussa Farki Mahamat.

A petition on the popular site ww.change.org  initiated by Professor Apollos Okwuchi Nwauwa
Secretary of the African Diaspora Congress to “Reinstate African Union Ambassador Chihombori-Quao” on Sunday, October 20, 2019 has garnered approximatively 60,000 signatures in counting. The petition reads as follow:

“…Dr. Arikana has been outspoken about neo-colonial maneuverings and exploitation that still exist today. Her dissemination of the truth has garnered her attention and support around the world… However, not everyone is embracing her bold but honest discourses for effecting change for the betterment of Africa.  On October 7th, 2019, Ambassador Quao was relieved of her position as the “Permanent Ambassador” in a unilateral decision made by the African Union Commission Chairman without any hearing or explanation, and yet presented as representing the opinions of all 55 countries. The questions are: why was she dismissed, or better, who benefits from her removal? Were African heads of states and governments consulted? Who called the shot? Or is Africa, and peoples of African descent, still facing the debilitating effects of modern colonialism or neocolonialism? Leadership based on self-interest and preservation that does not benefit the people they serve is no longer acceptable…[1]”

An cnn.com article, authored by Bukola Adebayo, dated October 16th  2019 and titled “AU faces backlash after terminating ambassador’s appointment[2]”, the authorstated that  on October 7th, 2019, A.U. Commission Chairman Moussa Faki Mahamat relieved the Ambassador from her position in line with the commission’s rules, and suggested that the dismissal was due to her “strong views on France’s occupation and hold over its former African colonies, which she shared publicly[3]”. The assertion is that the firing occurred under direct pression from the French Government. Apparently this is also Ambassador Dr. Arikana Chihombori-Quao  narrative and argument in pushing back on her dismissal and in making a case directly to the diaspora in support of her reinstatement as  the continental organization permanent representative to the United States of America.

Believing that Ambassador Dr. Arikanna Chihombori-Quao was fired over her criticism of the French and their colonial practices in Africa, several preeminent members in the African American community, the Diaspora and International leaders,  appalled by the A.U. action, are adamantly criticizing the leadership of the African Union and calling in to question the independence of African countries vis-á-vis their former colonial power. The situation is rapidly degrading and becoming another public opinion nightmare for the A.U. commission and its leadership. In the U.S. and especially in Washington DC, Ambassador Dr. Arikana Chihombori-Quao appears to be  another “victim”  of a stand against colonialism.  Many are expressing outrage on her behalf and throwing their support  behind her  in pressuring  the A.U Commissioner to  give her  the job back.

Looking at the way the situation is unfolding, the mastery  in display, the activism deployed and the narrative peddled by the Ambassador’s supporters, It is of a paramount importance to exercise caution in embracing the situation as painted, and restraint from jumping to conclusions.   Indeed, a closer look reveals that   there may be a lot more to the story than what we have so far read on social media and in news stories.

Curiously, for all the communication that has been selectively leaked both from the AU to Ambassador Chihombori and from her to the AU, there is no mention of the existence of a damning audit report about the Ambassador’s tenure. Is this just an oversight, or a deliberate attempt to peddle a narrative that favors one party as the victim and hero, while labeling the other as the villain? Indeed, on August, 22nd  2019, an investigation into Ambassador Dr. Arikana Chihombori-Quao governance of the A.U., mission in Washington DC for the period of September 2016 to February 2019 was submitted to the chairperson of the Commission.

The subject of the investigation report is “Alleged violation of Procurement Procedures, Abuse of Authority/Misuse of Office and Conflict of interest[4]”  and the transmittal letter reads in its entirety as follows:

“The investigation is based on the allegation by a whistleblower that the Head of Mission (HOM) Ambassador Dr. Arikana Chihombori-Quao has been violating AU procurement rules by single sourcing contracts, bid splitting to circumvent procurement procedures, receiving three quotation from the same bidder to create the semblance of legality and also failure to submit bids above the threshold of $50,000 to the headquarter Tender Board for approval. It is also alleged that Ambassador Quao misapplied funds earmarked for other activities to Miss AU Pageant, the AU Diaspora retreat and the African Diaspora Youth League summit without approval from the AUC Chairperson…” the report continues, “…Furthermore, Ambassador Quao is alleged to abuse authority/misused of office and also involved in conflict of interest issues with the African Union-African Diaspora Health Initiative (AU-ADHI) is registered as her private organization and the “Wakanda One” project. The AU-ADHI is registered under her name as a private citizen and currently being funded by AU as political sub division of the African Union approved initiative established for the purpose of galvanizing the African Diaspora to participate in the development of Africa as stated in an Agreement signed by her with a Washington DC based Attorney”.

The investigation report was very damning to Ambassador Dr. Arikana Chihombori-Quao. It described in detail a stream of procurement violations, misuse of public funding as well as instance of conflict of interests in details and concluded by ascertaining the veracity of the whistleblower allegations and recommended sanctions against the Ambassador.

For example the audit reported that  “$181,204  Miss AU pageant cost was a misapplied funds earmarked to other activities…”   “Ambassador Dr Quao cancelled the MOU with Newdesk Media and single source the contract for the production of the Magazine -invest in Africa- to AMIP family business at the cost of $60,000 USD[5]”, “Dr.Quao single-sourced the production of the 2017 Calendars to 5 Star Eventz  for $9,583 meanwhile the 2019 Calendars were printed for $3,600 following a Request for Quotation initiated by the Finance Officer...” Moreover, the Ambassador has “registered associations in her own name that are being funded using AU resources” thereby creating a blatant conflict of interest. Two companies “Homestrings and Global Political Solutions were single-sourced and awarded a contract without the knowledge of the Finance and Administrative Officer…”

As one reads the investigation report, it becomes clear that there is a lot more to the history about why the Ambassador was fired. It is now obvious that one should exercise caution, wonder, ponder, and hold the horse, before jumping too quickly into the bandwagon of an emotionally driven narrative on the news. The anti-colonialist narrative for being the reason for the Ambassador’s dismissal has “muddied” the water.  The conclusion   that the Ambassador was relieved of her duty due to her stand and denunciation of the French colonial engagement in Africa is questionable in light of the damning audit report.

It is well known that French colonial engagement is an issue, many people have spoken and continue to speak against it both in Africa and in the diaspora. Leaders like President Paul Kagame who have lashed out at the French are some of the most admired, and influential people in Africa and beyond. While we may not completely rule out that veracity of the allegation  from Arikana’s partisans on the French influence in forcing her out, we must put everything in context, evaluate all the factors and circumstances before jumping into conclusions .

This opinion piece is essentially a cautionary advice to not let the situation spin out of control and in the process cast a discredit of the AU Commission as well as in damaging the Diaspora judgment. It is understandable and counter intuitive for many not be outraged in light of what appears to be an injustice perpetrated against Dr. Arikana Chihombori-Quao  especially when she performed admirably  well and above expectation on  her duties in Washington DC.  However we can’t overlook the facts in the Audit report and if history teaches, let’s then remember lesson learned from high profile cases of rush to judgment, public response that followed suit and ultimately  jury conclusion.

As the AU spokesperson Ebba Kalondo said in statement, diplomatic transfers and changes are standard practice. In the USA for instance, it is hard to see an Ambassador spend four years in the same duty post.  While emotions may be charged, it would be good if the diaspora could channel this energy into more useful initiatives. It could be to lobby for projects to Africa, raise funds to support development initiatives, use its clout to build useful networks and more. For all she did and that the AU acknowledges , the Mission to the USA did not start with Ambassador, nor will it end with her. The diaspora should build on her successes and ensure that the momentum she has created is built upon or sustained by her successor for the greater good of Africa. After all, not many in the diaspora knew Ambassador Arikana Chihombori prior to her appointment and not many probably knew she would perform well. I am sure she will be the last person interested in seeing the work she did go up in flames or to see the mission she led destroyed because she was relieved as Ambassador.

For Ambassador Arikana Chihombori, there is still more for her to do out there. It will be good if she can rein in her partisans by letting them understand that, the services we render to mother Africa are beyond any one individual. There are people in the diaspora and specifically in the Washington, DC metro area who have spent a lifetime fighting for African causes without fuse, and without expectations. Some of them actually worked with Ambassador Arikana, just as they worked with her predecessor and will hopefully work with her successor. Just like someone ran and handed the baton to Ambassador Chihombori, she too has done her own running and should pass the baton to another person in peace for the task of moving Africa is like a relay race , where it will take the efforts of many, infact effort from all Africans and its diaspora for sustained progress to be made. 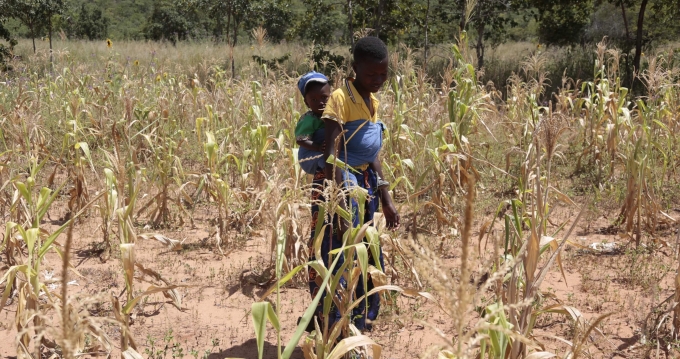