If you ask an African migrant in Europe who came across the Mediterranean Sea in a boat if they would make the journey again, most of them would say “yes.” Many of them had been on vans and trucks that took them across the dangerous Sahara Desert, and many of them had beenon board vessels that struggled to get across the choppy waters. They might have seen their fellow migrants die of thirst or of drowning, but none of that halts their conviction that they’d cross the sands and the seas again.

Harsh treatment by European border guards and an overwhelming experience of racism inside European society do not bring regret or suggest that they would not do it again.

“It was all to earn money,” said Drissa from Mali. “Thinking of my mom and my dad. My big sister. My little sister. To help them. That was my pressure. That’s why Europe.”

A UN Development Program report, released on October 17, shows that 97 percent of the nearly 2,000 African migrants in Europe interviewed would take the same risks to come to Europe again knowing what they know now about the danger of the journey or what life in Europe would be like. What is powerful about this UN report is that it dispels the many myths about African migration.

There is a terrible view that Africans are somehow “invading” Europe, even worse “swarming” into Europe. Anti-immigration rhetoric speaks of building fences and creating a Fortress Europe. It is as if there is a war, and Europeans must arm themselves against invaders. A year ago, the UN’s Special Adviser on the Prevention of Genocide Adama Dieng warned that European politicians fan the flames with hateful rhetoric that “is legitimizing hatred, racism and violence. While extremists spread inflammatory language in mainstream political discourse under the guise of ‘populism,’ hate crimes and hate speech continue to rise. Hate crimes constitute one of the clearest early-warning signs for atrocity crimes.” At the UN in Geneva this May, Dieng—a Senegalese lawyer—said, “Big massacres start always with small actions and language.”

The UN report shows that the hatefulness around the African migrant is misplaced. The reasons for major flows of migration to Europe actually come from within Europe itself. Those leaving war zones—Syria and Afghanistan in West Asia, but also Eritrea and Libya—come in expected numbers as they flee bombs that are often produced inside Europe. These numbers are much higher than for those Africans who come to Europe for work.

In fact, more than 80 percent of African migrants stay on the continent. The proportion of African emigration out of the continent compared to Africa’s population “is one of the lowest in the world,” says the United Nations. Most of the migrants who go to Europe, according to European data, come by regular channels—with a visit to the embassy, an application for a visa, the granting of the visa, and then a flight into the country; irregular arrivals, many of whom might come by boat, are far fewer than those who come with a valid visa. It is racism that fails to acknowledge this reality.

If you dig into the numbers from the UNDP report, you find that 58 percent of the African migrants in Europe were either employed at home or in school when they decided to leave; most of the migrants had jobs and earned competitive wages. What drove them is the insecurity in their countries, and the fact that they felt they could earn more elsewhere. More than half of the migrants had been supported financially by their families to make the journey, and 78 percent sent back money to their families.

In 2018, according to the World Bank, remittances to sub-Saharan Africa totaled $46 billion—almost 10 percent more than in 2017. The countries that received high remittances were Comoros, Gambia, Lesotho, Cabo Verde, Liberia, Zimbabwe, Senegal, Togo, Ghana, and Nigeria.

The total FDI flow into sub-Saharan Africa, according to the UN Conference on Trade and Development (UNCTAD), was $32 billion, up by 13 percent from 2017, but a significant amount less than the remittance flows.

Migrants who send money home are more important than the corporations and banks that bring investment dollars into these countries. It’s too bad the bankers are treated better than the migrants.

Africa is on the threshold of a major debt crisis.

The last debt crisis was in the 1980s, as part of the broader Third World debt crisis. In the decolonization period, Africa—looted of its wealth by colonialism—had to borrow money for development; these funds were large, but worse was the manipulation of dollar-denominated debt by the London Interbank Borrowing Rate (LIBOR) and by the U.S. Treasury’s interest rates. Skyrocketing debt in the 1980s produced a long period of austerity and suffering. That debt simply could not be paid as long as multinational corporations effectively stole Africa’s resources and refused to pay taxes on that drain of wealth. This was the reason why initiatives such as the Heavily Indebted Poor Countries (HIPC) and Multilateral Debt Relief Initiative (MDRI) were created by the World Bank and the IMF in 1996 and 2005, respectively. By 2017, these initiatives provided $99 billion to reduce Africa’s debts from a debt-to-GNI (Gross National Income) ratio of 119 percent to 45 percent.

No change in the structure was made—no assault on transfer mispricing and base erosion and profit shifting (BEPS), mechanisms used by Western-based multinationals to continue their plunder of the African continent. When the 2014 commodity price shock came, many African countries slipped gradually toward a new debt crisis. The new debts are not all government debt, but they include very high proportions of private sector debt, which has tripled from $35 billion (2006) to $110 billion (2017) according to World Bank figures. Debt repayments have risen dramatically, which means that investments in health and education have declined, as has access to capital for small-scale private sector businesses.

Currently, according to World Bank numbers, half of the 54 states in Africa struggle with high debt-to-GDP (Gross Domestic Product)—with many of these over the 60 percent threshold that signals a crisis. The rate of increase of this debt has set off alarms across the continent.

What does this mean?

It means that if there is any financial crisis in the West, it will draw away financing from Africa, plunge the region into another major debt crisis, and set millions of people in search of better earning opportunities. Families and countries in Africa have come to rely upon these remittances. They are part of the structural fabric of finances.

Racism against the migrant is an enormous problem, and it must be tackled in itself.

But deeper than that is another problem that has grown as a result of no effective post-colonial policy—the structural problem of the ongoing theft of resources from Africa, and of the lack of financing for the continent to develop its own potential. Allowing multinational firms to steal African resources, and allowing foreign banks to lend to Africa at virtually usurious conditions, simply creates a cycle of crisis that results in migration and remittances as the band-aids.

Europe does not have a refugee or migration crisis. The real crisis is in Africa, where the thief—often a European firm—continues to undermine the continent’s ability to breathe.

*This article was produced by Globetrotter, a project of the Independent Media Institute.Vijay Prashad is an Indian historian, editor and journalist. He is a writing fellow and chief correspondent at Globetrotter, a project of the Independent Media Institute. He is the chief editor of LeftWord Books and the director of Tricontinental: Institute for Social Research. He has written more than twenty books, including The Darker Nations: A People’s History of the Third World (The New Press, 2007), The Poorer Nations: A Possible History of the Global South (Verso, 2013), The Death of the Nation and the Future of the Arab Revolution (University of California Press, 2016) and Red Star Over the Third World (LeftWord, 2017). He writes regularly for Frontline, the Hindu, Newsclick, AlterNet and BirGün. 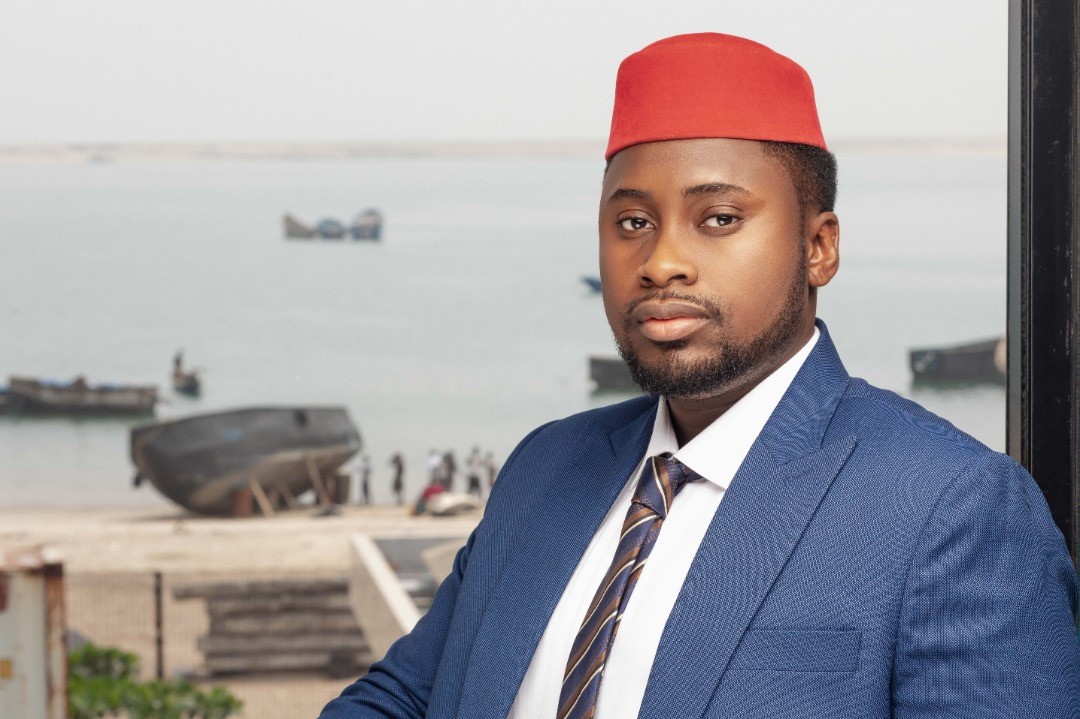