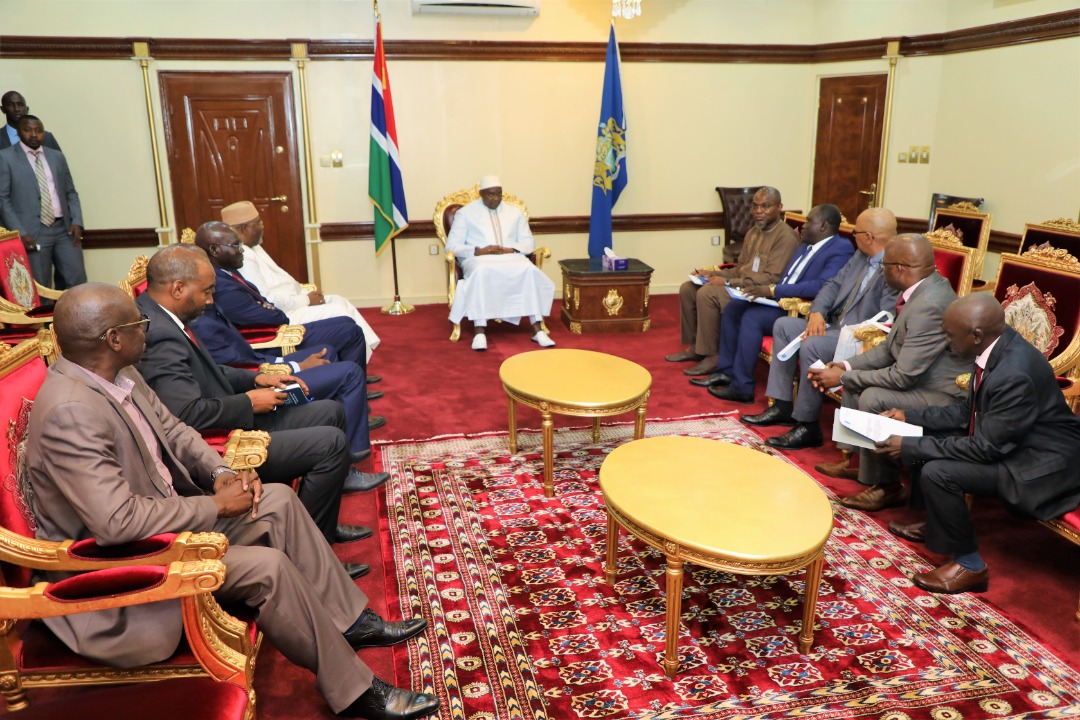 Some 50,000 hectares of desalinated land will be available for rice production to The Gambia under the Samba Ngalo Dam Project of the OMVG, the Council of Ministers of The Gambia River Basin Development Organisation (OMVG) revealed in a meeting with President Adama Barrow at the State House on Tuesday.

“The project has social and economic benefits like agriculture, which through the Samba Ngalo Dam, will push the salt water… It will make 90, 000 hectares of land available to member countries for rice cultivation,” Gambian Minister of Environment, Lamin Dibba told the State House press corps after an audience with the President.

With the 50, 000 of this land available to The Gambia, the OMVG will help contribute to achieving the Social Development Goals and food self-sufficiency objectives in The Gambia. It will help eradicate hunger, malnutrition, and poverty in the country.

The Ministers, along with the High Commissioner of the regional organization, were led to the State House to pay a courtesy call on President Adama Barrow, who currently doubles as the Chairperson of the Conference of Heads of States of the group.

The Gambia River Basin Development Organisation (OMVG) and its dam projects were the brainchildren of former President of The Gambia, Sir Dawda K. Jawara, and his Senegalese counterpart, President Leopold S. Senghore, beginning in 1976. Currently, it enjoys the backing of eight international donors.

The Council of Ministers of the OMVG are currently holding a workshop in Banjul to draw a master plan for the financing of its future projects in member states. With the completion of the recently launched transmission and distribution network loop, The Gambia can benefit from hydro-electric energy by September 2020. Hence the meeting with President Barrow at the State House was aimed at updating him on the progress registered since the launching of the hydro-electric power plant in Jarra Soma earlier this year.

Despite the gains made in enhancing energy production and integration in the region, the cost of transnational energy partnership is a big cause for concern.

“However, the issue of electricity tariffs across borders of member countries is something that requires a political decision of the Heads of States. The High Commissioner has therefore made a request to the chairman of the Conference of Heads of State to convene a meeting over this issue in Banjul before the end of the year or early 2020,” Issufu Balde, Chairman of the Council of Ministers said.