In Central River Region North, of The Gambia a 6.5kilomtre access road from Lamin Koto-Kuntaur Highway is already constructed by the Ministry of Agriculture. It leads to Kuntaur Fulla Kunda, Touba Kuta, Touba Koto and Sukuta villages – all of them farming communities in Niani district. With rice threshers, milling machines, Turu Yiriwandi Kafoo (a seeds cultivation group) and Fandema Kafoo (a self-help group) managed to purchase a tractor worth D2million.

Their goal: to feed the Gambian population through sale of their surplus produce countrywide.

It is ambitious but not unachievable. Currently, The Niani Sukuta groups are mobilizing 2,200 50kg-bags of seeds in their community store. Their biggest customer is the World Food Programme that purchases rice from them to supply to schools in the Central River Region as part of the School Feeding programme. This programme has changed its focus of importing food stuffs into the country to feed school children in The Gambia. WFP had signed an agreement with government and producers to purchase locally grown food stuffs from farmers and supply the schools. This supports the government’s food security policy.

The Food and Agricultural Organisation had supplied a heavy duty processing machine to this Fandemaa Kafoo [u1] [l2] [l3] [l4] [l5] [l6] about five years ago. Unfortunately, the machine has not begun functioning because the farmers have not been able to produce the one-tonne minimum requirement for it to begin full swing production.   Despite the vast land available, the over 200 member group can only boost production capacity through the use of technology. Lessons could be learned from industrialised countries and how human production capacity was outwitted by machines about a Century ago. This spurred the agricultural revolution in the United States and the industrial revolution in Europe.

Meanwhile in The Gambia, the small holder farmers that comprises over 70 percent of the farming population of The Gambia’s farmers still rely mainly on ox and donkey-driven machines for sustenance farming. Mechanisation has been a distant dream. According to the FAO, low private investment, especially in the value added sector, has resulted in the stagnation and or declining performance in production.

The challenge of the current government is the impact of the declining international agricultural commodity prices; soaring prices of food commodities and essential production inputs, inadequate domestic policies, institutional support and investment in the sector, particularly roads and equipment.   These challenges dictate that government formulates an Agriculture Master Plan in the context of the National development Plan 2018-2021.

Hence to achieve long-term food security as well as reducing poverty levels, the government of President Adama Barrow considers agricultural as central to country’s economic advancement, and an improved health of the population through nutrition security.

Agriculture provides employment for 70 per cent of the population, exports and foreign exchange earnings for the economy and food security for the citizens. In the National Development Plan, the infrastructure projects such as road networks, the tourism masterplan and other sectoral strategies being implemented by the government will become key. It has a task to rebuild an agricultural system that had been downtrodden by two decades of political interference, misuse of donor funds and failed policies.

Creating employment for the youth

In Upper River Region, a recently constructed 3.5 km access road, like dozens of other roads across rural Gambia has now made it possible for farmers, especially women, to access rice fields without hindrance. These access roads also enable producers to access markets for their produce; transporters would face less hurdles and transportation charges are less costly for farmers.

“We used to trek this road, half-submerged in water while carrying loads on our heads and babies on our backs. Today, we walk… we ride carts and bicycles or motorbikes smoothly to the fields,” said Yoba Baldeh in Kossemar village, where a pilot 50-hectare irrigation project is at advanced stage of completion.

Kossemar benefitted from a tractor, three power tillers, three threshers and a rice planter to help boost their productions. “This will create employment for the youths of the village,” said Musa Jawo, the Village Development Committee Chairman of this 54-compound and 1,800 population village.

“It will be a great improvement on our lives once the work starts. We have invited other surrounding villagers to participate in the cultivation of rice here. So far, we are growing millet, coos, ground nuts, rice and we engage in horticulture,” Jawo added.

President Barrow’s preoccupation since coming to office is to cut the country’s reliance on imported rice, link local production to national markets, as well as a strong value addition industry. The reality is that The Gambia relies mostly on imported rice for consumption, while producing only 15 per cent of its consumption needed annually.

At Sapu, which that is the nerve centre of the Central River Region agricultural production, the Chinese Technical Team that arrived in September 2019 had already established both their office and residence. It is expected to inject a fresh production capacity into Jahally-Pacharr fields, and others in Niamina and beyond. The project is the first agriculture cooperation project after the People’s Republic of China established diplomatic relation with The Gambia. LONGPING High-Tech is the implementation unit of the project.

China and The Gambia once had a good cooperation in agriculture as early as 44 years ago under the PPP regime. The Chinese government had sent experts to The Gambia to help farmers increase their productivity. The local people until today, fondly call many lands as ‘Chinese rice fields’ – out of the knowledge that wherever the Chinese experts worked, there were abundant of food.

It will organize the technical training for Gambian personnel both in China and The Gambia. The total number of trainees targeted is about 1,500 personnel. Already, the project had organized the training lessons for the students in Gambia College and local farmers. It is hoped that the project will contribute to the Gambia’s high grain yield and bring the Chinese agriculture technology and knowledge transfer to The Gambia.

Rainfall patterns in The Gambia for the past years or more have been shifting, to the annual dismay of rural farmers. They mostly lose the first of their early crops to weeks of drought after sowing. This year, a similar phenomenon affects thousands across board who traditionally begin sowing between June and July.

Most of the rains lost in early months of the season are currently being delivered at the tail end of the season. Fields in the lowlands are mostly flooded. Those who replanted after early droughts are glaring hope in the season’s harvests. Millets, groundnuts, coos, corn and rice will turn out for the better this year.

The prospects for this year’s harvests remain high despite earlier doubts of drought between July and August this year.

African Youth to African Leaders: “You Must Do More to End Conflicts in Africa” 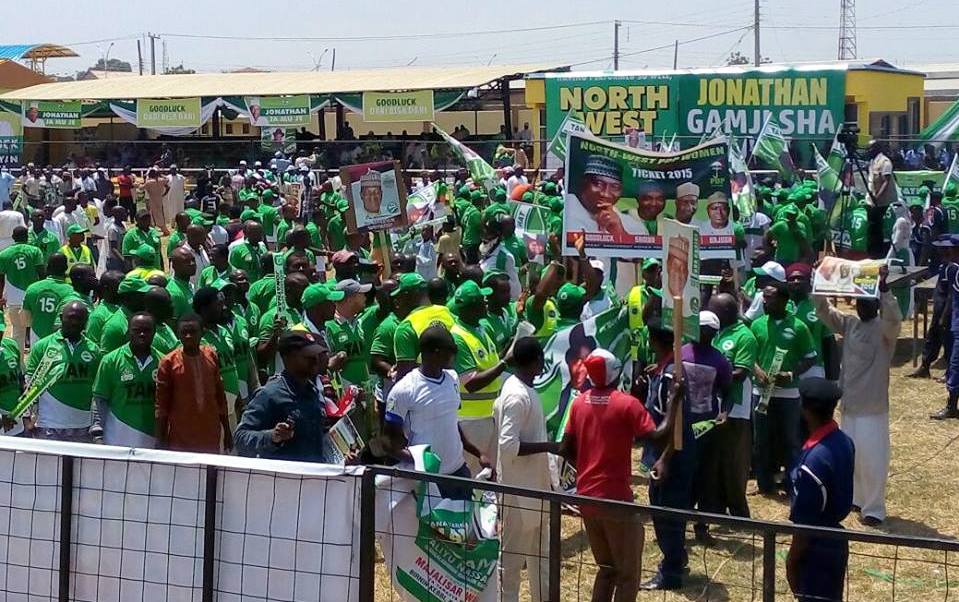