The Confederation of African Football (CAF) has invited the Gambia amongst 54 member Associations to the first ever CAF Stadium Safety and Security Workshop in Cairo. The program opens on 14th October and will address lots of practices for participants to ensure safety and security at national stadiums during international matches.

The Gambia Football Federation is been represented by its FIFA Security Officer Lt Col Musa Jammeh. The two days land mark workshop aims to also ensure international best practices of safety and security to both lives and properties.

According to Officials at the workshop, security of fans, players and officials is a top priority during and after football matches across the African continent. CAF Secretary General Mouad Hajji said the lives of the thousands of fans who throng the various stadia to share moments of joy with family and friends depend on top levels of security and safety.

He highlighted that the workshop will build on the already solid safety and security foundations laid at CAF following the establishment of its first-ever Safety and Security Department headed by Dr. Christian Emeruwa, in February 2018.

Upon his return, Lt Col Jammeh is expected to share with the football leadership the outcome of the workshop to ensuring more safety and security of our matches at the Independence Stadium. The Scorpions qualification to the Afcon 2021 Group stages meant that the Gambia will host three more international matches beginning November when the Qualifiers proper kicks off. 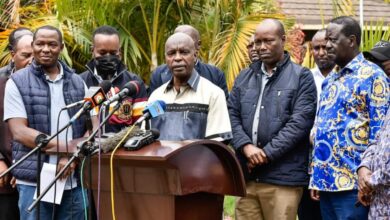