By By Bakary Ceesay

Ahead of the start of matches for the Africa Cup of Nations 2021 preliminary Qualifiers across the continent, the Gambia National Team, Scorpions are one of the few to be watched when they take on The Riverains de la Mer Rouge (Shoremen of the Red Sea) of Djibouti on Wednesday 9th October in Djibouti City.

Speaking to the journalists his base in Europe, Saintfiet sounded upbeat about the Scorpions readiness for what he described “an important game” for the Gambia.

Asked about the release of his final squad, the “Saint” disclosed that the list of final players for the double header will be announced on Wednesday 2nd October, 2019. “We always call the biggest squad to take to the game and there are reasons for that because players are still with their clubs playing, injuries could happen and sometimes cancellations. Some players already informed us that they prefer playing for their clubs, that is shocking news and unfortunate but we always anticipate for that. The final squad list will be announced on Wednesday so that we will be ready for the trip to Djibouti”.

On the team’s technical preparation hence the tight schedule for both the away and home legs, Saintfiet said the team accepted its defeat to Angola in the World Cup Qualifiers “because Angola is one of the major football nations in Africa in the past fifteen years”. He described the exit as a frustrating one “but difficult task”. He thanked the players for putting up a great fight while also felicitating the GFF for the provision of all logistics required for the period. He said the focus for the Scorpions is now on Djibouti and would make all efforts to amend what was not achieved in the WC Qualifiers.

“The game is arranged for Wednesday and there is not much time for us because our players are still in action with their clubs in Europe and when they are released for the match, we will only have one training session with them. I am in daily contact with my technical staff and we are as well analyzing the Djibouti videos”.

He said Djibouti is not a bad side. “I respect them but i value my team also because our aim is to qualify the country to the group stages of the Afcon and that we have to perform on the pitch and have players who want to die for their country”. Saintfiet however remained cautious about referees decisions in such crucial games but ” we will keep the ball possession and be more efficient in front of goal”, he noted.

Reacting to any new kind of approach for the away leg, he said the team will provide effective tactics and make best use of the chances provided “because it is an away leg”. He hailed his players as trust worthy and determined to do something for their country. “I believe in the players because they are ready to fight and die. I am convinced that with the players we have, we can achieve our aims to qualify the Gambia to the Afcon and that is our ultimate”, he concluded.

Meanwhile the Scorpions are expected to fly out of town over the weekend to Djibouti via Istanbul where a brief convergence for the players across Europe would be arranged shortly before taking off to the horn of Africa.

The game is scheduled for Wednesday 9th October in Djibouti city with the return leg in Banjul on Sunday 13th October at the Independence Stadium in Bakau. 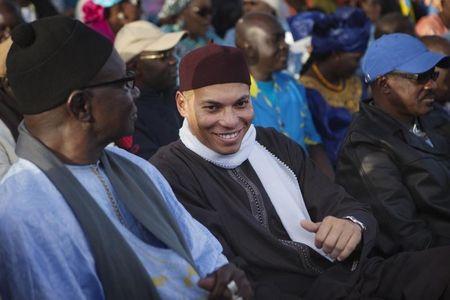