The program an annual FIFA funded activity is meant to enhance the capacities of referees and to further abreast the arbitrars the new amendments of the laws of the game while also sharpening their skills in game management.

Speaking at the opening ceremony over the weekend, GFF President Lamin Kaba Bajo described the day as joyous moment for the Federation.

Mr Bajo highlighted the vitality that the Federation attaches to refereeing. “We may be a small country and struggling to achieve in Football but we’re able to produce best referees on the Continent and that should be a pride for every Gambian” he said.

He expressed appreciation to FIFA and CAF for the continues support rendered to the GFF while reiterating his office’s will to continue to give support to referees citing the recently trained 30 female referees been the first cohort eyemarked for matches in the Female Leagues “will help us a long way in filling the gap”, he noted.

He nonetheless urged the local instructors and the Referees Association to ensure that women are given the opportunity to officiate in the forthcoming leagues and help them grow. ”

I urge you to keep an eye on them. Support, guide and help them grow bigger and better in women’s Football. We want to see our women’s football progress massively and independently handled by themselves”, he echoed.

President Bajo who also serves as Referees Committee Chairman continued to challenge the participants to be humble, polite, and to be content at all times to what they have.

He cited Papa Gassama, Mawdo Jallow, Omar Sallah and Isatou Touray amongst others as having successful careers in the field and thus urged others to emulate from them while advising them to associate themselves with successful people and to adopt mentors.

Course Director Ali Ahmed expressed his pleasure to be at the Smiling Coast for the first time and said that FIFA and CAF are very particular on Integrity as a cardinal principle of Referees and therefore cited Papa Gassama’s Personality as an example for all aspiring referees.

He said the Gambia is one country on top of refereeing on the continent and urged the men in black to make best use of the opportunity.

Both GFF General Secretary Lamin M Jassey and the Acting Referee Association President and Referee Committee member John Frank Mendy both described refereeing as a noble profession and expressed pride in the potential and level of commitment and excellence in Gambian Referees. GS Jassey reiterated the football leadership’s commitment to the growth and development of Referees in the Gambia.

He cited the GFF President’s ardent desire and personal commitment devoted to the cause of referees. “I have worked with many past Executive Committees at Football House but the commitment and the level of willingness I see in Mr Bajo towards referees is unprecedented”, he echoed.
The course has thirty participants out of which 24 are men and 6 Women. 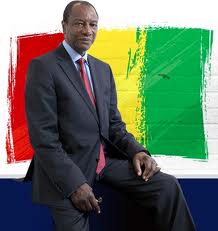 Disrupt or be disrupted: it’s do-or-die for African telcos in 2018