“You have to engage people. If you don’t travel how do you engage them (donors)?” Former Malawi President Bakili Muluzi (2003)

After a long day which started as early as 4 am, I returned home around 7 pm. Just as is the case with many neighbourhoods in Zimbabwe, there was no electricity at home so I turned to my smartphone for some entertainment while preparing my body for sleep. I logged in to my Twitter account and started to catch up on all the latest headlines both local and international. While scrolling down, one tweet did catch my eye; the tweet was about Emerson Mnangagwa, the Zimbabwean President. The tweet stated that by January 2019, just one year and one month after becoming the president, Mnangagwa had embarked on 26 foreign trips! This staggering figure which now stands above the 30 point mark quickly forced me to draw comparisons between the president and his globetrotting predecessor, Robert Mugabe.

When Mnangagwa came into power, he promised that he would usher in a new way of doing business. Simply put, this, therefore, meant that as Mugabe was a globetrotter, Mnangagwa would be the exact opposite, that is, he was going to spend much of his time in the country with his people. With over 30 foreign trips travelled since December 2017, this, however, is not the case. As I was pondering about this issue, I began to remember all the headlines that I have read detailing how most African leaders have a penchant for travelling. I also came to realize that globetrotting is not solely a Zimbabwean ‘problem’ but its an African ‘problem’.

Cameroonian President Paul Biya is nicknamed an ‘absentee president’ owing to his long stays in Switzerland as opposed to his home country. Last year, Paul Biya held his first cabinet meeting in more than two years. The reason behind the huge lapse in cabinet meetings being down to Biya’s long absence. Paul Biya’s foreign travels have been the subject of an online spat between the state-owned Cameroon Tribune newspaper and the Organised Crime and Corruption  Reporting Project (OCCRP), which calculated the amount of time the president spent abroad using reports from the daily newspaper. Biya is estimated to have spent nearly 60 days out of the country in 2018 alone. In 2006 and in 2009, Biya spent a third of the year abroad.

In Nigeria, President Buhari is known for his love for the city of London in the UK. Buhari has travelled to London on several occasions since 2015 when he first came into office. The Nigerian president mostly travels to London under the auspices of seeking medical attention. At one point, the president spent three months abroad in which time his deputy Yemi Osinbajo ran the country. According to the New York times, Buhari has “spent more than 170 days in London on official medical leave since becoming president in 2015.”

Former Malawian President Bakili Muluzi at one point responded angrily after being asked for the umpteenth time why he was so fond of taking foreign trips instead of trying to solve problems back home. After returning from a three week trip to Asia in 2003, the president received criticism from various circles within the country accusing him of being ‘ignorant’ and wasting the little resources the country had globetrotting. Realizing that the criticism was coming thick and fast showing no signs of ending anytime soon, the president had to call for a press conference where he criticized all critics saying it was of paramount importance that he spends much of his time globetrotting and it was the only way to engage the donors who primarily fund Malawi’s  budget. In his own words, Bakili Muluzi stated “You have to engage people. If you don’t travel how do you engage them?” while critics had a strong case in criticizing the president for his numerous foreign trips, in the case of the country as a whole, Muluzi can be justified for his travels as Malawi for the past two decades has seen donor-funded projects make up over 60 percent of the capital budget each year.

In profiling instances of African leaders who have a penchant for travelling, we can certainly go on and on as many African presidents both current and former are avidly known for loving the fast plane life. As such, besides looking at the obvious, let’s take a moment to examine if globetrotting is of any benefit to African nations or its just an illusion used by African leaders to hoodwink the citizens into believing that they are actually doing something.

The argument that has been used by many African leaders if not all when questioned about their numerous trips abroad is that foreign trips help them to engage and reengage with foreign powers most of whom possess massive influence and power that can be used for the betterment and development of Africa. On the front of engagement and re-engagement, it can be noted that indeed, Africa is now much more connected to the rest of the world in comparison to years gone by. Various leaders of the more powerful states and institutions including the U.S., China, Russia, Britain, IMF and World Bank have visited African nations in an attempt to consolidate and strengthen the ties that exist between them and Africa. This on its own paints a positive picture that indeed, foreign trips embarked upon by African leaders have managed to put Africa on the global map.

However, while still of the front of engagement and re-engagement, it can be noted also that the benefits from the ties between Africa and the rest of the world do not work in a reciprocal manner. Rather, Africa by engaging with the rest of the world has managed to give leeway to foreign powers to exploit Africa while she, on the other hand, has benefited nothing of true value. Most of the deals that have been reached as a result of engagement and re-engagement efforts have seen European powers come to Africa to establish their companies, plundering African resources, polluting the local environment and repatriating the profits back to the headquarters. Employment of the locals and availability of ready-made manufactured goods has been the only benefit to Africa; something that’s insignificant when compared to the benefits enjoyed by foreign powers.

The above therefore clearly shows that the talk of engagement and re-engagement has on the surface appeared as a good thing to Africa but when one takes a deeper look, it’s quite crystal clear that Africa is not benefitting as much as it should from the engagement approach. Earlier on, we stated that Bakili Muluzi supported his globetrotting adventures saying they were the ones responsible for bringing the much-needed finance used to sustain human lives in the country in the form of donor funds. While this is certainly true, what can also be seen is that donor funds have actually made Malawian leaders and the citizenry at large idle, dependent and some would say lazy. This is because instead of looking at ways to use what they have in creating a source of livelihood for the whole nation, the country is now much more concerned with appeasing the foreign powers so that donor funding keeps flowing at all times. The ingenuity of the locals has been suppressed and docility is praised.

Moving on, globetrotting leaders have also used trade as one of the main reasons why they embark of numerous foreign trips. African leaders with a penchant for travelling state that they spend most of their time travelling and meeting with their foreign counterparts so that they can improve trade between their nations and other foreign powers. While its indeed true that trade figures between Africa and the rest of the world (Europe, Asian and America) have increased gradually since the 1980s, it’s also true that the increase has largely been necessitated by foreign powers instead of Africa. This is to say that the actions taken by African leaders have had little to insignificant value in terms of paving the way for the increase in trade figures. It is firstly down to Europe, America and Asia’s commitment to producing more products for export that has seen trade figures between Africa and the rest of the world increase. Secondly, it is also as a result of the numerous multinationals operating in  Africa seeking to exploit cheap human labour, relaxed environmental laws and favourable policies and taxes that have seen Africa produce more products for export. Products produced by Africans in Africa for sale in other parts of the world account for only an insignificant portion of export figures. This, therefore, shows that globetrotting African leaders have achieved so little when it comes to real benefits for the home countries. 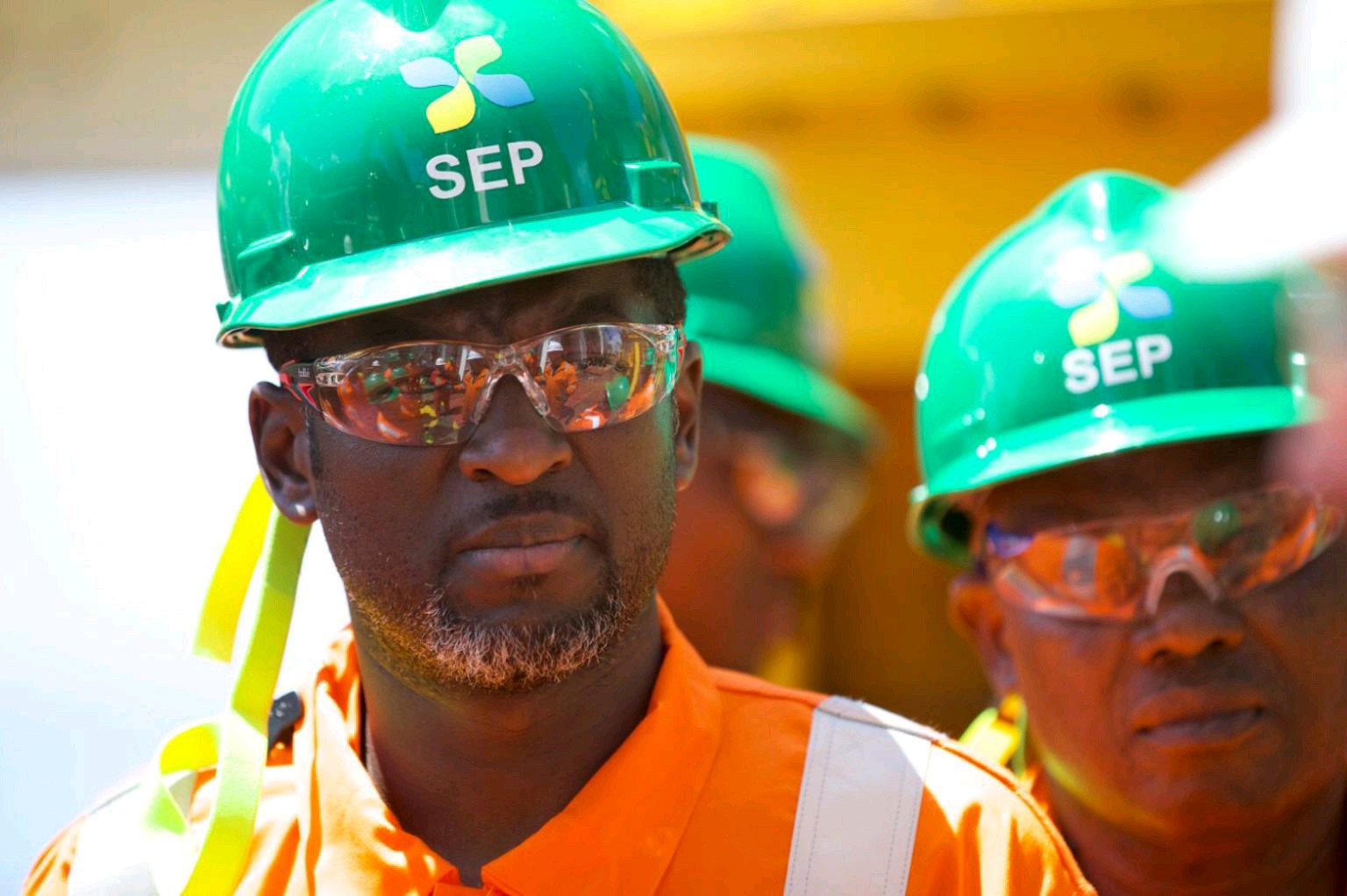