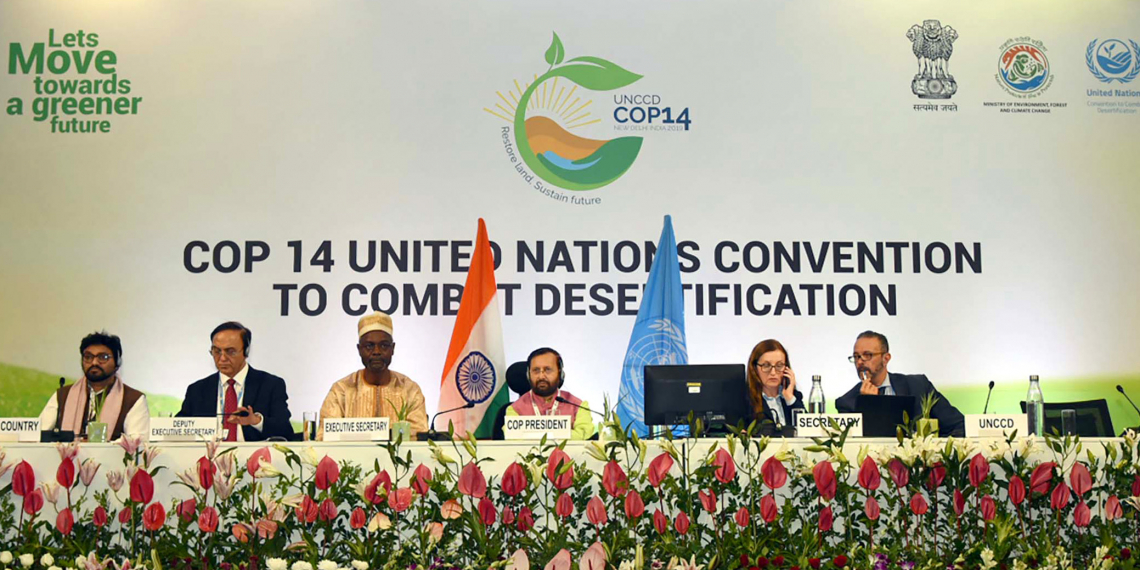 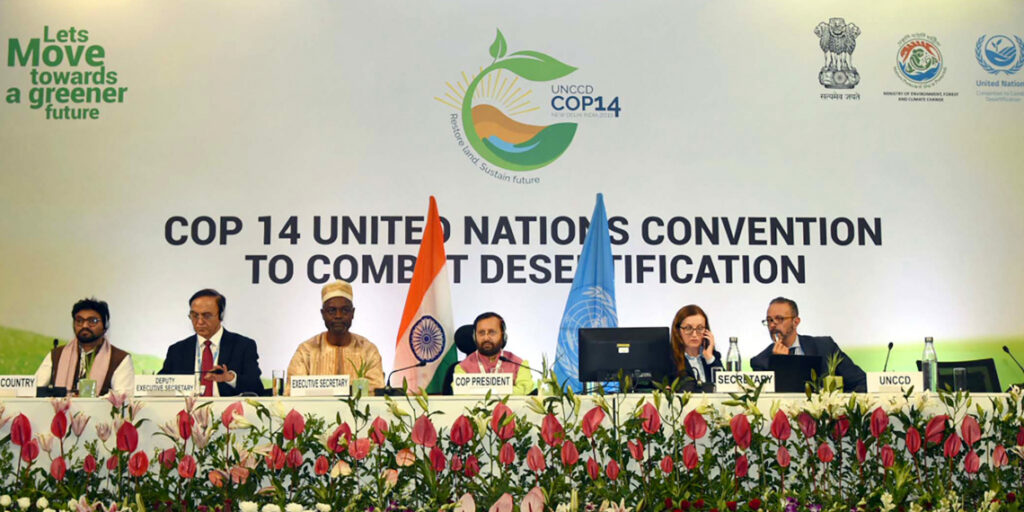 New Delhi, 2 September 2019 – “If human actions have created the problems of climate change, land degradation and biodiversity loss, it is the strong intent, technology and intellect that will make difference. It is human efforts that will undo the damage and improve the habitats. We meet here now to ensure that this happens,” said Prakash Javadekar, India’s Minister of Environment, Forests and Climate Change.

Pointing to an unprecedented global campaign to save productive land, Javadekar said 122 countries, among them Brazil, China, India, Nigeria, Russia and South Africa, which are among the largest and most populous nations on Earth, “have agreed to make the Sustainable Development Goal of achieving land degradation neutrality a national target.”

Land degradation neutrality is an innovative land-use and management approach that prioritizes the optimal use of land to ensure the balance of productive land remains stable long-term. It is one of 169 targets set for 2030 for the achievement of the Sustainable Development Goals (SDGs).

Minister Javadekar made the remarks during the opening the fourteenth session of the Conference of the Parties to the United Nations Convention to Combat Desertification, taking place from 2 to 13 September 2019, in New Delhi, India.

Echoing these sentiments, Ibrahim Thiaw, Executive Secretary of the Convention, drew attention to the warnings sounded by recent scientific assessments and the growing public alarm at the frequency of weather-related disasters such as drought, forest fires, flash floods and soil loss, but urged delegates to be mindful of the opportunities for change that are opening up, and take action.

“While the science and events around us must get our full attention, we should never, ever, lose sight of the inspiring moments or opportunities opening up or are happening around us that we can build on to break vicious cycles, trends or behavior. This is what will move us forward,” he said.

Over 70% of the world/s land area has been transformed from its natural state to produce food, fibre and energy. Some of this conversion is essential, but what is alarming is the pace of land transformation that is putting 1 million species at risk of extinction.

Moreover, 1 in 4 hectares of this converted land is no longer usable due to unsustainable land management practices. These trends have put the well-being of 3.2 billion people around the world at risk. In tandem with climate change, may force up to 700 million people to migrate by 2050. Moreover, and unless significant changes are made to turn this around, all of humanity will eventually be impacted as we lose more and more of the services ecosystems provide.”

Thiaw drew attention to the actions taken by governments in recent years, which signal a sea-change in how environmental issues, particularly in land use and management, are viewed.

“More than 70 countries have robust national drought plans, compared to just three countries only 4 years ago. The agenda shows that governments have come to COP14 ready to find solutions to many difficult, knotty and emerging policy issues,” he added.

Land tenure, drought management, the consumption and production flows influencing agriculture, urbanization that could consume up 80 percent of the most productive agricultural land in Asia and Africa, ecosystem restoration and nature-based solutions to fight climate change are all on the agenda of the Conference, Thiaw stated.

An estimated 7,200 participants that include ministers and representatives of governments, non-government and intergovernmental organizations, scientists, women and youth from the 197 Parties are expected. They will take around 30 decisions with actions that aim to strengthen land-use policies worldwide and address emerging threats, such as forced migration, sand and dust storms, and droughts.

Conferences of the Parties help governments, worldwide, to plan their land use sustainably and to pursue their sustainable land management goals practically. COP14 is expected to ramp up efforts by countries to achieve land degradation neutrality with tools and resources that are fit for purpose.

The Conference of the Parties meets once every two years. The last Conference of Parties, hosted by the Government of China, was held in October 2017 in Ordos, Inner Mongolia.

India is a Party to the United Nations Convention for Combating Desertification (UNCCD). The Ministry of Environment, Forest and Climate Change (MoEFCC) is the nodal Ministry of Government of India (GoI) that oversees implementation of the Convention in the country.

India’s population is projected to reach 1.7 billion by 2050. About 2 billion hectares of land – an area over three times the size of India – are degraded, but can be restored back to health. India was one of the first countries to commit to the 2030 Sustainable Development Goal target of achieving land degradation neutrality (LDN).

India Government takes over the residency of the COP from China, and will serve for 2 years. Similar to previous COP sessions, a high-level segment will take place to raise political momentum for the negotiations and boost the engagement of stakeholders in the Convention’s implementation.  Ministers from over 70 countries participating in the high-level segment of the Conference will address new and emerging issues.

The UNCCD is an international agreement on good land stewardship. It helps people, communities and countries to create wealth, grow economies and secure enough food and water and energy, by ensuring land users have an enabling environment for sustainable land management. Through partnerships, the Convention’s 197 Parties set up robust systems to manage drought promptly and effectively. Good land stewardship based on a sound policy and science helps integrate and accelerate the achievement of the Sustainable Development Goals, builds resilience to climate change and prevents biodiversity loss.

For background materials, including photos for use, and other resources are available here: https://www.unccd.int/conventionconference-parties-copcop14-new-delhi-india/cop14-media-resources