Earlier this summer, the two final holdout countries, Nigeria and Benin, signed on to the African Continental Free Trade Area (AfCFTA) agreement. When this ambitious plan—which has created the world’s largest free trade zone—was first expressed a couple of years ago, I admit that I was a bit doubtful and wondered if African leaders were fully committed to achieving this historical milestone. However, the progress and enthusiasm around the agreement, as well as its potential to be transformational for all Africans, have eased my reservations.

As noted by many experts, including Dr. Landry Signé in a recent report on this subject, the AfCFTA has great potential: By 2030, Africa will have a combined consumer and business spending of $6.7 trillion, offering some of the world’s biggest opportunities for international investors. The United Nations Commission for Africa also estimates that the AfCFTA has the potential to boost intra-African trade by 52 percent by 2022.

There are, however, significant obstacles: Africa is still heavily reliant on commodity and agricultural exports. Industrialization has been slow and, in some places, stagnant. With a global trade share of less than 3 percent, export diversification is yet to be achieved. Current intra-African trade accounts for a mere 16 percent of the continent’s total trade volume.

MIXED VIEWS ABOUT THE POTENTIAL IMPLICATIONS OF THE AFCFTA

As I consider and generally welcome this historical milestone, I still have some mixed feelings about it. Indeed, many experts are torn: While many see the agreement as a crucial move toward fostering regional economic integration and overall economic growth, others fear that African markets are ill prepared for such heightened levels of competition.

Indeed, the continent remains plagued by a number of ­­unpredictable tariff and non-tariff barriers, poor infrastructure, few supportive policies and legal framework, a lack of a transportation network, heavy layers of government bureaucracy, and still-high levels of corruption.

RECOMMENDATIONS FOR THE AFCFTA TO DELIVER ON ITS PROMISE

In order to be successful and deliver on the AfCFTA’s promises, a labyrinth of regulatory hurdles need to be addressed and a number of enabling intertwined actions need to be considered by all stakeholders. These include:

1. Keep African unity in mind through education and communication

The African continent is very diverse in every aspect of its societies, from political and economic systems and currencies to religion, race, culture, and language. As much as the idea of building an African single market is very popular on the continent, some countries remain very protectionist: For example, some small countries like Equatorial Guinea and Gabon are still reluctant to open their borders. In fact, Equatorial Guinea announced earlier this month that it intends to build a border wall to prevent Cameroonian and West African illegal immigration, citing security threats. There have even been some cases of xenophobia-inspired attacks in South Africa.

Therefore, before it become fully implemented, the African Union must bring awareness of the AfCFTA to the general public–especially youth, women, and informal sector actors–by educating them about what it entails and how it might affect them. Importantly, leaders should showcase the agreement’s success stories—not just those of multinationals but also the achievements of small, medium, and large African firms. The goal will be to debunk the misperception that reducing borders will equate to jobs lost or mass immigration from lower income countries.

The African Union should declare an official “Africa Economic Community Day” to celebrate the creation of the AfCFTA, and appoint special envoys from among influencers— such as African celebrities in the arts, media, business, and sports—to engage in commercial diplomacy and to promote unity, tolerance, and a sense of common purpose. Their role will be to educate the general public on the importance of reducing barriers and building a common market. It will mitigate future losses and misperceptions of the AfCFTA in general, prevent xenophobia, and, more importantly, turn African ethnic, cultural, and religious diversity into an asset and not a cause of conflict.

Perhaps one of the most pressing issues facing the region is the lack of supportive infrastructure. Without enhanced infrastructure, businesses cannot affordably transform products or move people, goods, and services in a cost-effective way. Unfortunately, according to the African Development Bank (AfDB), Africa’s infrastructure financing needs come down to an estimated $130 billion to $170 billion per year. The African Union (AU) must encourage international partners to invest in regional infrastructure projects as well as national infrastructure development, including through the Africa Investment Forum, the Afrochampions Initiative, and the Program for Infrastructure Development in Africa.

3. Establish a fair mechanism to level the playing fields among member countries

The AfCFTA is host to the greatest level of income disparity of any continental trade agreement. It is more than double the levels witnessed in ASEAN (Association of Southeast Asian Nations) and CARICOM (Caribbean Community) countries. As discussed by Signé and van der Ven, these economic disparities could be addressed by putting in place special and differential treatment (SDT) provisions, especially for least developed countries, coupled with technical assistance programs allowing them to gradually fulfill their obligations under the AfCFTA, monitor progress, and establish safety nets.

4. Strengthen the role of the private sector

Despite the continent’s growth, economists still predict a shortfall of 68 million jobs by 2022, not including the tens of millions of currently underemployed. Even within the context of AfCFTA, the African Union should encourage member states and other institutions to strategically prioritize their private sectors, encouraging investment in infrastructure, technology and power development, and agribusiness. Perhaps more importantly, local and national governments should focus on creating an enabling environment for businesses to prosper and ensuring that the wealth they create is inclusive, sustained, and reinvested in African communities, in youth, and in women.

The informal sector merits special attention, given that it represents more than 66 percent of total employment in sub-Saharan Africa and 52 percent in North Africa. Reducing government bureaucracies and corruption, improving fiscal policies and accountability, and providing training, technology, and access to financial services, will empower start-ups to get out of the informal sector, access the gains of the continental market, and, as a result, increase government revenues.

To conclude, for the AfCFTA to be successful, it is essential that African leaders play their part, keep the bigger picture in mind, and put long-term economic growth and Africa’s betterment before their short-run political agendas. A marathon always starts with one step, but as Madiba said, “It is always impossible until it is done.” Africans have every reason to have hope for a better tomorrow.

*Angelle B. Kwemo is Founder – Believe in Africa,CEO – AstrategiK Group and Author – “Against All Odds”. Article was originally published by the Brookings Africa Blog 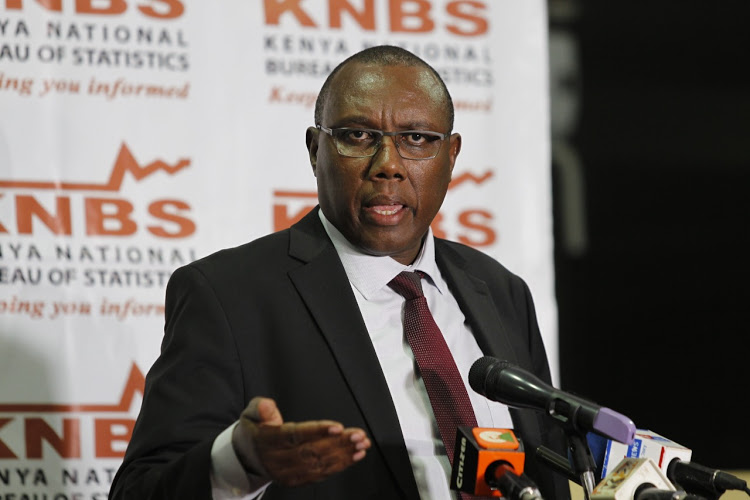