Amnesty International has today published a human rights briefing for all parties and candidates taking part in the Mozambican election after revealing a shocking catalogue of abuses carried out against human rights defenders, activists, journalists and other members of civil society over the past few years.

The briefing, Turn the page! A human rights manifesto for Mozambican political parties and their candidates, details dozens of examples of prominent civil society activists and journalists facing intimidation, harassment and violence because of their work, ahead of the 15 October election.

“In Mozambique, challenging the government comes with devastating consequences, including abductions, arbitrary detentions and physical attacks. You speak out at your own risk,” said Deprose Muchena, Amnesty International’s Regional Director for Southern Africa.

“Civil society leaders, journalists, human rights defenders and activists are facing more risks as the country approaches polling day. This briefing is bringing to the fore a pattern of human rights violations that all political parties and candidates must take seriously and stand against as they go to the polls.”

In the aftermath of the October 2018 municipal elections, civil society leaders, human rights defenders and activists, religious bodies and the media were targeted for harassment and intimidation, including receiving death threats for their role in monitoring and disseminating the results following the vote.

They received threatening messages, warning that they should “be careful” and that their “…days are numbered” simply for doing their work. Some were even threatened with “… disappear[ing] without a trace”. They were blamed for contributing to the defeat of the ruling party, the Mozambique Liberation Front (FRELIMO), by organising individuals to monitor polling stations and publish live election results.

South African businessman, Andre Hanekom, died at a hospital in Pemba in January 2019 after he was shot in the arm and stomach and abducted in August 2018 by four AK’47-armed masked men in Palma district, Cabo Delgado province. He was held by state security forces under mysterious circumstances and denied private visits from family throughout his detention despite a judge ruling that his detention was illegal and ordering his provisional release on bail. During the military detention, Hanekom was allegedly subjected to torture and other ill-treatment.

On 27 March 2018, unknown gunmen abducted Ericino de Salema, a human rights lawyer and political commentator, outside the offices of the Mozambican Union of Journalists in Maputo. The men beat him up, breaking his arms and legs, and later abandoned him on the road, leaving him for dead. Salema, a well-known critical voice in the country, was told by the men that he “talks too much” and that they wanted to teach him a lesson. Before the attack, he had received threatening phone calls from unidentified individuals.

Brutal attacks in the Cabo Delgado Province by a local extremist group locally known as ‘Al-Shabab’ has claimed at least 200 lives and forced thousands of others to flee their homes since October 2017.

The attacks have continued despite a heavy military presence in affected areas. The province has become a no-go area for journalists, researchers, scholars and non-governmental organizations, and many who have tried to access the area have been arbitrarily detained by security forces without arrest warrants.

While in detention, Amade was subjected to ill-treatment, including 12 days in incommunicado military detention, denial of family visits and poor medical treatment. He is facing several charges, including “public incitement through electronic media”.

On 30 June 2018, Zimbabwean journalist Pindai Dube, working for eNCA, an independent television news station based in Johannesburg, South Africa, was arrested by police in Pemba while conducting research in Cabo Delgado province. He was accused of spying and released three days later without charge. It is not clear why security forces won’t allow anyone access to the area.

Suppression of freedom of expression, peaceful assembly and association

In the past five years, the authorities have escalated their crackdown on the rights to freedom of expression, peaceful assembly and association.

On 18 January 2019, Fátima Mimbire, a human rights defender and researcher with Centre for Public Integrity (CIP), at the time, received intimidating messages and death threats through social media. The attacks began after her organisation launched a campaign denouncing a move by the Mozambican government to repay over USD$2 billion in loans which were secretly and illegally acquired to set up three state-owned companies. Known FRELIMO militants had been advocating violence against her on social media, including Alice Tomás, a member of parliament who called for Fatima “to be raped by 10 strong and energetic men to teach her a lesson.”

On 2 December 2017, a gunman threatened to kill Aunício da Silva, an investigative journalist and editor of IKWELI, a weekly publication in Nampula City in the north of Mozambique. The gunman accused da Silva of publishing articles that tarnished the image of a local politician. Da Silva has continued to receive death threats via phone calls and SMS for his investigations on illegal trafficking of natural resources, people and drugs as well as allegations of corruption, election fraud and land grabbing.

On 23 July 2018, the Council of Ministers issued a decree requiring journalists and media organizations to pay prohibitive accreditation and licensing fees for both local and foreign press wanting to report on the country.

“As Mozambique moves closer to the election in less than a month, political parties and candidates who are contesting it must commit to a culture of respect for human rights and outline a concrete plan to build a rights respecting society,” said Deprose Muchena.

“Full respect for the human rights of everyone should be the new cornerstone of Mozambique post-election. Anything less is not acceptable.”

Mozambique will hold its sixth general election since the end of the civil war in 1992, on 15 October 2019. The vote will combine presidential, legislative and provincial elections. 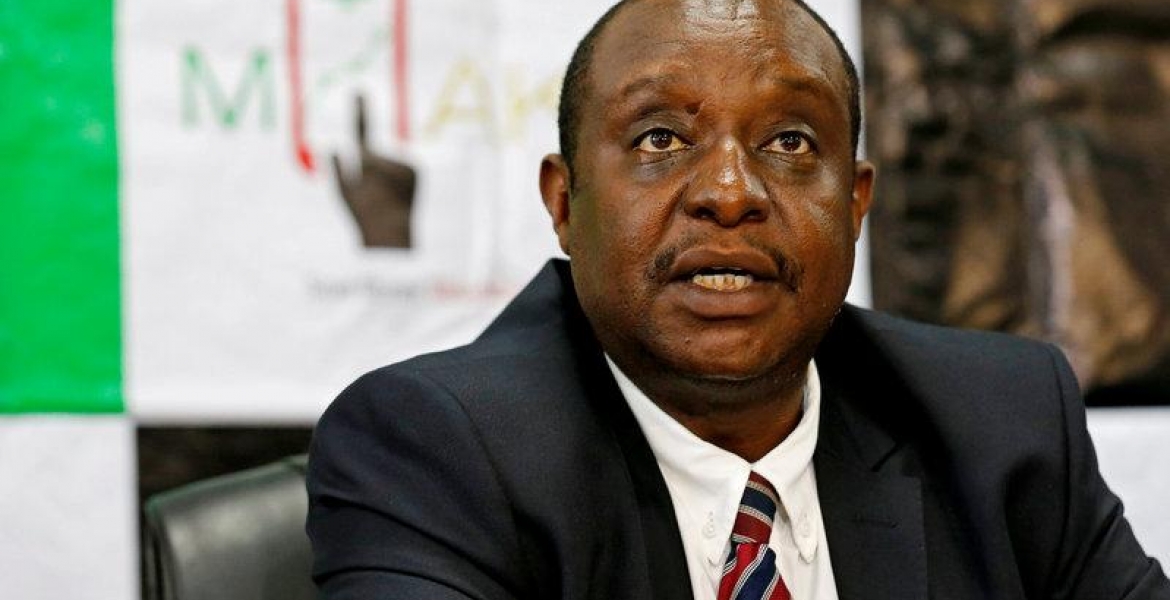