Stakeholders of Gambia coalition 2016 government have extended the mandate of President Adama Barrow from the three year transitional agreement to the five year Constitutional mandate.

Coalition 2016 is a group of seven opposition political parties and one independent candidate  that oust the former President Yahya Jammeh from power in December 2016 presidential election thus paving ways for President Adama Barrow to take the mantle of leadership of the country.

It has promised Gambians of 3 years transitional government that will embarked on essential reforms that will put the country on a strong democratic footings contrary to the 22 years dictatorship of former President Yahya Jammeh and AFPRC/APRC regime.

A group of concern Gambia called three years jotna has threaten to hold a massive protest in December to demands President Barrow to honor his campaign promised and step down after three years as agreed by coalition stakeholders. However Barrow told a political rally in Brikama that he is going to stay till 2021 either anyone like it or not as he is empower by the Constitution.

On Friday,  parties that take part in the decision making to extend president Barrow mandate includes  Peoples Progressive Party (PPP),  the National Reconciliation Party (NRP)  Gambia Moral Congress, Gambia Party for Democracy and Development and independent candidate, however  the United Democratic Party (UDP) and People’s Democratic Organization for Independence and Socialism (PDOIS) were not present at the meeting.

She explained that the decision to extend the mandate of the president was reached at a meeting hosted by the Coalition 2016 Stakeholders in Banjul today.

“We (Coalition Stakeholders) have agreed this morning to extend the mandate of President Adama Barrow from 3 years initial agreement to 5 years. We come to the decision so that the president and the government can have the opportunity to finish the various reforms processes sponsored by our partners such as the UNDP, EU, and AU among others. It is the president’s social legitimacy to finish these reform processes that are currently going on in the country,” Said the Coalition 2016, Chairperson.

She added: “Am calling on all Gambians to come together and give chance for the completion of these reform processes. This government started the journey in a very difficult situation, there was nothing in the coffers and it has to run helter shelter to look for funding in order to start this reform processes that are already on.”

She said it was only the United Democratic Party (UDP) and the People’s Democratic Organisation for Independence and Socialism (PDOIS) who did not attend the meeting hosted today in getting to this decision, adding that the two political parties have expressed their withdrawal from the Coalition discussion sometime back.

She said Coalition 2016 Stakeholders will continue to engage both the United Democratic Party (UDP) and People’s Democratic Organization for Independence and Socialism (PDOIS) on the decision reached today.

Tambajang also revealed plans to engage every Gambia on the decision taken, noting that 3 years Jotna movement members will be engaged too in the national quest to maintaining peace, unity and understanding in the country amidst fears that December will be characterized with protests hope to be organized by the members of the 3 Years Jotna movement.

The extension of President Adama Barrow’s mandate by the Coalition 2016 will give him the opportunity to stair the affairs of The Gambia till 2021 when the country is expected to go for election. 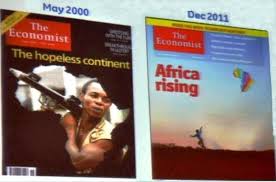 Why do Western media get Africa wrong?