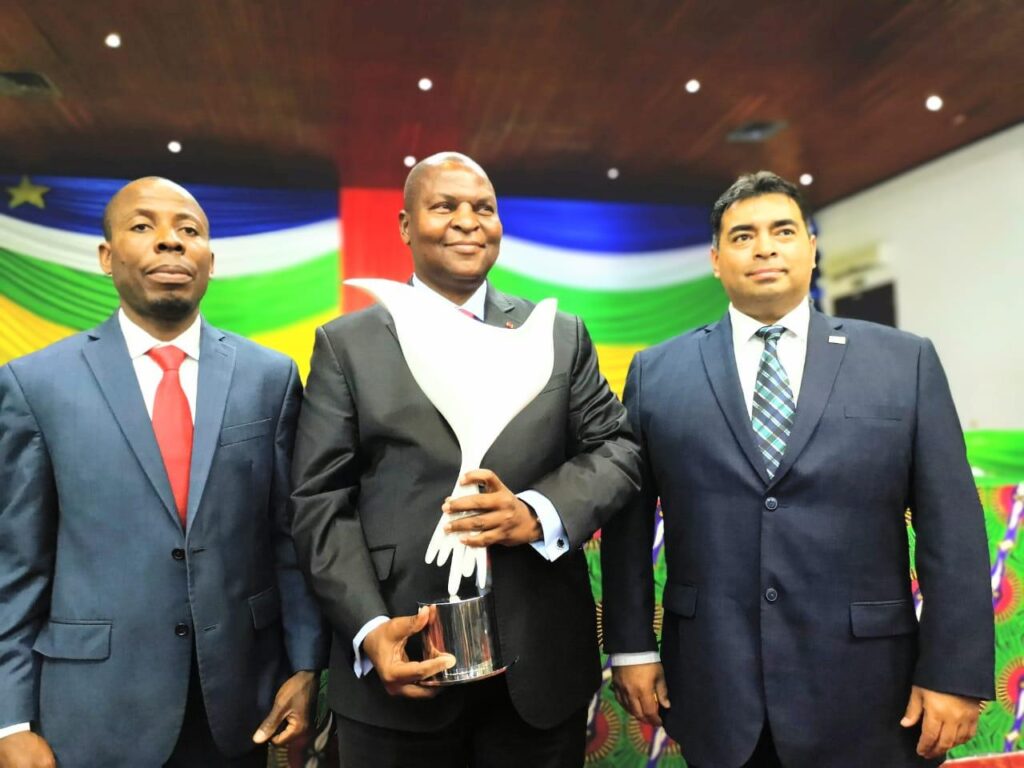 Juan Samuel Delgado Cedillo, President of the World Organization for Peace (OMPP/WOFP), presented the special prize La Paloma de La Paz, to Professor Faustin Archange Touadera, President of the Central African Republic and Head of State, for the results obtained during the pacification process in some regions of Africa.

The Dove of Peace is the most important symbol that the OMPP grants as a special prize to those who with their actions have sought, fought or contributed to global pacification and to the resolution of conflicts in any region of the world, without distinguishing beliefs religious, political preferences or skin color.

In an event held at the official facilities of the Presidency in the city of Bangui, capital of that country, attended by the highest officials of the government and Central African politics, as well as Ambassadors and Ministers of some countries in the region, Samuel Delgado said that peace is a universal right for those who inhabit this planet, and our existence depends on our actions and how we interact with others. Working for peace is not only  about words and good intentions, peace comes with the actions we carry out  every day, he said. Inner peace is where everything begins and is transmitted with our behavior as a species. We all need to carry out peace actions, said Delgado.

Speaking at the event, President Faustin Archange Touadera, who has become a well-known and respected interlocutor in the African continent for deactivating, through dialogue, clashes between rebel groups and authorities in Africa, highlighted the support he received from the civil society to reach the results obtained during the process of pacification of the region, an achievement that until then had been denied for many years to the inhabitants of the countries involved, although there is still much to do.

The World Peace Organization will continue to support those peace projects aimed at the population that needs it most, always in conjunction with the authorities, civil society and those public and private sectors in all countries of the world that want to carry out peace and well-being, always in favor of people. 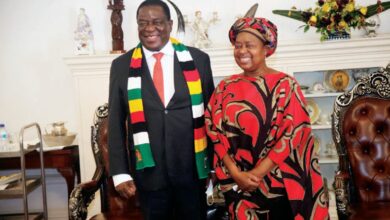 Samora Machel’s daughter Olivia steps up father’s vision to take on economic development in Energy and Transport in the SADC region.