Authorities in Cameroon have named Portuguese born coach António Conceição da Silva Oliveira popularly known as Toni Conceição as Heach coach of the Indomitable Lions until the 2021 AFCON tournament. The former Portuguese International right back replaces Clarence Seedorf who was sacked after this year’s AFCON in Egypt.

Toni Conceição was not even amongst the personalities being interviewed for the job – albeit it being secret. Three persons had made their decision public to coach the Indomitable Lions – Cameroonians Patrick Mboma and Anicet Mbarga Foe and Fomer Girondin de Bordeaux Gustavo Poyet. This decision to name Toni will not come as a surprise to many in Cameroon as it was the same way former Caoch Clarence Seedorf was appointed – through the back door.

According to Kick442.com, Toni was capped once for Portugal in an 11 years playing career across 3 clubs in his native land. He had two separate spells each on the books of Portuguese giants FC Porto and SC Braga. The Portuguese retired from Professional Football and switched into coaching in 1999 as trainer of SC Braga’s feeder team.

He spent 3 years with the reserves of SC Braga before picking up his first senior team coaching job in 2003 after he was named interim coach of SC Braga’s first team. That same year he switched to Naval Primero de Maio where he spent another year.

Toni has gone on to serve as coach for 12 other clubs amongst which include Portuguese sides Vitoria Setubal, Trofense, Belenenses enjoying lower division successes especially in promoting three of his first four clubs to with the exception of Vitoria de Setubal.

In the 2009 season, he joined Romanian giants CFR Cluj and enjoyed his best stint as a coach at the club. Toni won the first of two Romanian Cup for the club and the Super Cup before returning to Portugal to coach Belenenses in 2010.

After three difficult months at Os Belenenses suffering top level relegation, Conceição returned to Romania, where he coached SR Braşov and FC Astra Ploiești. He later moved to Cyprus in 2017 where he worked for top flight side Nea Salamina. He came back to Portugal to manage second tier side Penafiel. He was at CFR Cluj in his third spell last season but was sacked before the end of the season.

The Portuguese who is having his first experience as a national team coach and the first in the African continent will be assisted by Ex-Cameroon internationals François Oman Biyik, Jacques Songo’o as goalkeeper coach and team Doctor Professor William Ngatchou.

If the Portuguese wants to win over the Cameroonian supporters, he will need to get off to a winning start with the team. Lion’s fans are notorious for losing support for a coach if his performance is not satisfactory. 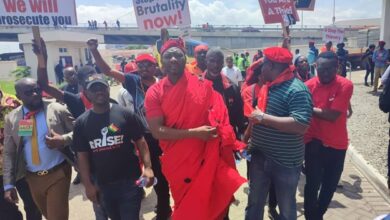