Former ruling APRC party has criticized the published government white paper on the Commission of Inquiry to look the financial dealings of former president Yahya Jammeh and his close associates, describing it “selective justice”.

In a press conference in Talinding, the party’s interim leader Fabakary Tombong Jatta said: “the commission of Inquiry made recommendation to government. Government on its own decided that this one we are not accepting and this one we are accepting. Then why do we have to set up commissions in the first place.”

He blamed the government for rejecting the commission of inquiry’s recommendation on the chief protocol officer at the presidency,  Alagie Ousman Ceesay, who he said is accused by the commission’s report to had being a signatory to some the accounts of the first lady (former first lady Zainab Jammeh) and that he had received over 2 million dalasi.

According to him, any commission established to investigate the transition ‘illegal’ adding that anyone who violates the constitution should be subjected to ‘impeachment.’

He said that the Barrow government had already concluded accusing  the APRC guilty even before the establishment of the commission of Inquiry and Truth Reconciliation and Reparation Commission, adding that despite the President being the president of the Gambia but that “but he has not proven that by his actions.” 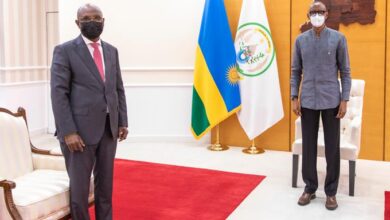 President Museveni sends an envoy with a special message to Rwanda’s President Kagame ….but little is expected still