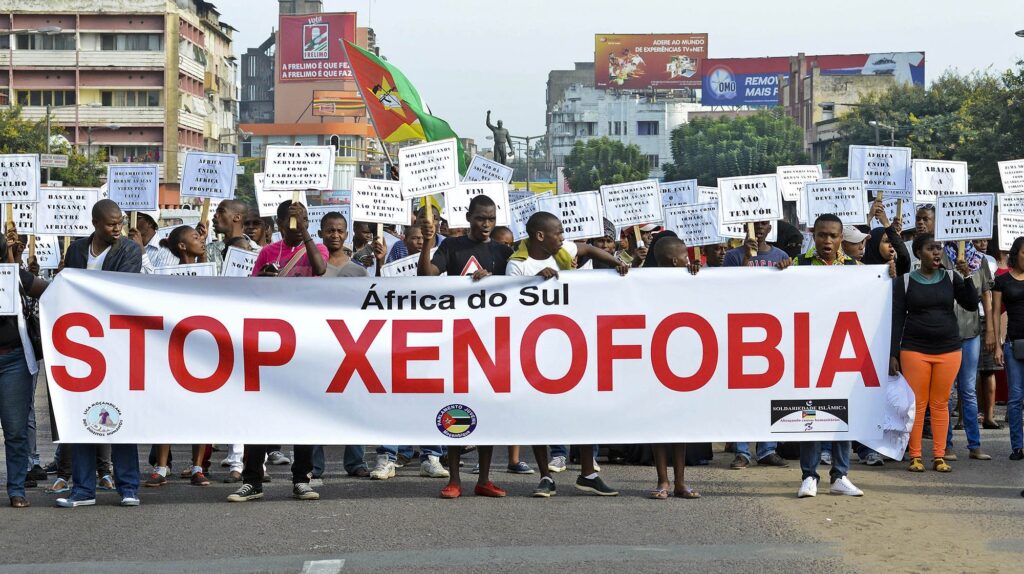 Africans Rising for Justice, Peace, and Dignity reports that it is  saddened and outraged by ongoing systematic atrocities committed on African people in South Africa, not only over the past few days but for over a decade. Violent attacks on black migrants have so far led to the loss of lives, countless injuries, and destruction of Black migrant-owned businesses. We strongly and unreservedly condemn these ‘afro-phobic attacks’ and call on the South African government to ensure safety for all.

The organisation says that while black Africans from other countries may be easy targets, we urge South African citizens, especially the youth, not to attack their African brothers and sisters. Instead, we urge them to peacefully engage the South African government to better understand the causes of these attacks. Africans Rising calls on the South African government to take responsibility and be accountable based on the social contract that exists between it and the people by addressing the root causes of this violence.

They sais that they call on the President of South Africa, Cyril Ramaphosa, and the entire government to play their role in making sure that there is a stop to these inhumane attacks. And to address the institutionalized Afrophobia that restricts the ability of migrants, refugees, asylum seekers, stateless people to integrate.

“We wish for a better understanding of the need for pan-African solidarity, a better understanding of the role of many African countries in the fight against apartheid. If the perpetrators of these atrocities could be made to remember the continental solidarity of that fight perhaps the violence would end. “Even if all the migrants pack up their bags and leave, poor Black South African lives won’t change because their misery is rooted in centuries of injustices,” said Coumba Toure, Africans Rising Co-Movement Coordinator”.

They add that while acknowledging the actions and reactions of certain African governments, we again call on the African Union, regional bodies like SADC and all African heads of state to condemn the ongoing brutality and violence in South Africa, and advise their citizens not to respond to violence with violence. We also call on all Africans, including religious leaders, artists, lawmakers, citizens, and descendants of Africa to raise their voices in condemning these unacceptable acts.

The organisation also  urges African governments to use intelligence directed policing capable of anticipating and stopping looming acts of xenophobia.

“ As our core team sits in a circle next to the fire at Earth Rise Lodge in Rustlers Valley, we represent Ubuntu.  We (Africans Rising) are here from different African countries and the diaspora. Here, we feel welcomed, safe, and at peace with South Africans…This is how it should be everywhere. For Africans Rising, Earth Rise Lodge, Naledi Village, Rustlers Valley represents a model for people to live in dignity. But this cannot happen without the joint efforts of Africa and Africans. We urge (African) leaders to address the issues arising in order to stop this plague” said Muhammed Lamin Saidykhan, Africans Rising Co-Movement Coordinator.

Africans Rising has also  called on the citizens and descendants of Africa to not respond to hate with hatred but to join hands in building the #AfricaWeWant.