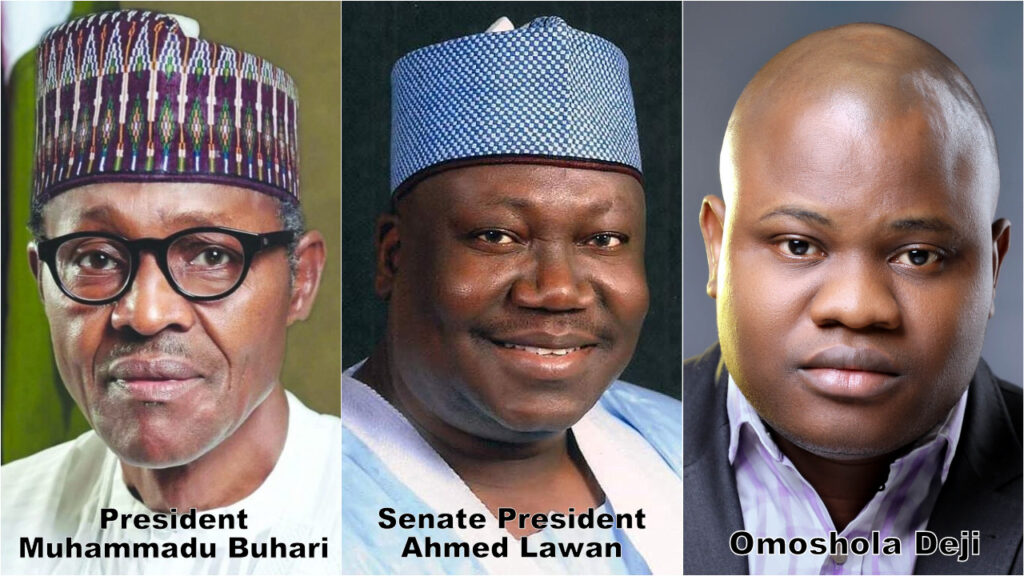 After several knocks and post-inaugural countdown by Nigerians and the media, President Muhammadu Buhari bowed to pressure. He sent 43 ministerial nominees name to the Senate for screening. This action relit the Buhari leadership competence debate. The Buhari apologists applaud the president for making such crucial nominations in almost two months of his second term; a radical improvement from the first term which took him six months. On the other hand, the opposition contends that Buhari’s ministerial nominees list is uninspiring and untimely. They knock Buhari for not imitating Cyril Ramaphosa of South Africa and Boris Johnson of the United Kingdom who constituted their cabinets immediately after swearing-in.

Without further ado, the Buharists averred that the Nigerian political climate and workings is different from that of South Africa, the United Kingdom, or any other country. Weighing in, this piece examines the factors that influenced Buhari’s choice and the nominee’s capacity to accomplish the Next Level agenda. It also appraises the quality of Senate’s screening and the relevance of the bow-and-go tradition.

Most of the political heavyweights in Nigeria survive on politics. Subtract all they’ve acquired through politics from their asset and you’ll realize why they spare nothing to perpetuate themselves in power. Those who lose elections and those who’ve served their term lobby for appointments. The Minister position is the most sought after. Not many lobby to be Ambassadors. They refrain from residing outside the country in order not to lose their political relevance and structures.

The president’s declaration that he would appoint only those he knows sent shivers down the spine of the hundreds lobbying for ministerial appointment. Many of them have not more than a distant political relationship with the president, but they were not deterred. They all intensified their lobbying through the first lady, the party chairman, and powerful presidential aides, but only 43 got selected.

The 43 nominees comprise of 36 males and 7 females. Buhari didn’t fulfil his promise of giving 35 percent appointments to women. The youths are not represented as all the nominees are above 35 years. Per geopolitical zone, Buhari nominated 9 persons from the North West, 7 from the North East; 7 from the North Central; 7 from the South West; 7 from the South South; and 6 from the South East. Note that four zones has 7 nominees each, while the Northwest and Southeast has the highest (9) and lowest (6) nominees. The southeasterners are displeased with the margin. They are upset that Buhari selected nominees based on the votes he garnered per region.

One state in each region has two nominees, except the region where Buhari hails from: the Northwest. Two states in the region, Kano and Katsina have 2 nominees each. This is apparently because Buhari earned more votes in Kano than other states and Katsina is his state of origin. Abuja, the federal capital territory had no nominee. Some argue that Buhari excluded Abuja because the residents didn’t vote for him. That can’t be the case. The exclusion is most certainly an error the presidency is planning to correct.

Retaining power in 2023 largely influenced Buhari’s ministerial choice. Majority of his nominees are career politicians who are more skilled in coordinating campaigns than providing good governance. Buhari is probably unmindful that the challenges bedeviling Nigeria requires the service of professionals, not politicians. His nominees comprise of 9 ex-governors, ex-lawmakers, and 12 immediate past ministers. 31 nominees are new to the job; an indication that Buhari is not so pleased with the performance of their predecessors or simply wish to change hands. That does not however tone down the obvious: Buhari sacrificed effective governance for political continuity.

It’s a season of political harvest for Buhari’s loyalists. The ministerial nominees list is an indication that those who worked assiduously for him in 2015 and 2019 would be enormously rewarded. The 43 prospective ministers are a perfect election winning squad. Buhari carefully selected the leading political lords across the states. He nominated the strong who lost elections to keep them active for 2023.

The stakes are getting high. Politicians with weak political structures are being discarded for the influential and powerful. Audu Ogbeh was replaced with George Akume who has many political disciples and a large pocket. Godswill Akpabio and Rotimi Amaechi are being re-energized to install APC in Akwa-Ibom and the South-South. Gbemisola Saraki’s is being strengthened to decimate Bukola Saraki’s political machineries. Olorunimbe Mamora’s nomination has further strengthened team Lagos and Bola Tinubu’s commitment to the 2023 project. Chris Ngige was reappointed to put structures in place for APC to win Anambra.

Timipre Sylva’s is being empowered to revive APC for victory in the forthcoming Bayelsa governorship election. Festus Keyamo is being wired for the 2023 governorship race in Delta State. Emeka Nwajiuba is being tasked to reunite APC and win Imo. The ministerial hopefuls are indeed a perfect election winning squad. Their appointment is to empower them with the federal might and resources they need to deliver victory for the APC in 2023. But one major thing that would determine whether 2023 would be theirs is their ability to take Nigeria to the next level.

The president’s ditching of technocrats for politicians who has no record of exceptional performance in public service may make his administration unpopular. He should have appointed technocrats to kick-start the implementation of his Next Level programs and keep them in office for at least two years. He could then bring in the politicians to continue. The technocrats shouldn’t be sacked. They should be retained as consultants to periodically offer professional advice and assist in formulating government policies. You may disagree with this position, but you can’t help agreeing that it is sensible to start a project with professionals who truly understands what to do and how to do it.

Ministerial appointments should be based on merit, not clout. Buhari must align with the national assembly to pass bills that would make politics unprofitable and corruption punishable by death, if he really wants to make a difference. He must also desist from placing politics above policy. The technocrats he nominated such as Sunday Dare and Pauline Tallen are too insignificant. Be expectant not. The assembled nominees have no solution to Nigeria’s multidimensional problems and would leave the nation worse than they met it. They would most certainly usher Nigeria into greater poverty, insecurity, inflation, and recession. Buhari has the capacity, but lacks the will to turn things around. So also the Ahmed Lawan led Senate.

The Quality of Senate’s Screening

Sending names of ministerial nominees to the Senate with their portfolios is one of the change Nigerians voted for, but never got. This has remarkably hindered the senate from properly grilling the nominees, who also cannot present their goals because they don’t know the ministries they’ll lead. The screening is fruitless. Ministerial nominees are proving their capacity, and the senate is assessing their ability to head a ministry they both don’t know. This fatal, but avoidable error makes the screening a valueless and purposeless exercise.

It is disheartening that the screening is more of endorsement than assessment. The senators’ asininity is shameful and disturbing. They were unable to ask salient questions, quote statistics, reference global happenings, and give recommendations that can move Nigeria forward. They were also unable to correct the erring and over ambitious nominees. None of them could educate Festus Keyamo that the Attorney General, an appointee of the executive, cannot unbundle the Supreme Court that is under another arm of government, the judiciary.

Nigerians are disappointed. Many are casting doubt on Senate President Ahmed Lawan’s capacity to objectively legislate and oversight. He is accused of rubber stamping. Lawan must swiftly redeem his reputation by providing quality leadership. Loyalty to the party and the presidency should not push him to be acting against public interest.

The Bow and go Soft-landing

The bow and go privilege for ex-lawmakers has outlived its significance. Asking nominees to bow and go without answering questions is a disservice to the nation. Lawmaking and administrating require different skills. That the nominees performed when they’re lawmakers – most actually didn’t – does not mean they would perform as ministers. Some of them never contributed to debates or sponsored bill when they were in parliament. Think. Does it mean that the Senate would ask all the 43 nominees to bow and go if they’re all ex-lawmakers?

Some nominees were asked to bow and go because they are women. Majority of the ex-ministers who should be asked to give an account of their stewardship and why Nigerians should reemploy them were just asked to bow and go. Rotimi Ameachi was awarded the privilege because he is an ex-Speaker of Rivers State House of Assembly; a position he occupied over 12 years ago. The bow and go privilege shouldn’t be a free-for-all or life time benefit. It has been brazenly abused and should be abolished. The world is moving and Nigeria must move along. We must adopt better ways of doing things for us to have a better nation.

A Step in the Right Direction: Equatorial Guinea’s Minister of Mines and Hydrocarbons Issues a Mandate for Oil and Gas Worker Vaccinations.