Hellen Meyelle , Communications Analyst , UNDP said the tree seedlings project activity follows a joint assessment conducted in the disaster-prone communities of Fogbo, Kaningo and Motormeh by key stakeholders comprising of the Ministry of Agriculture and Forestry (MAF) and UNDP adding that  the assessment was to look at the existing landscape and the seeds that will suit the prone sites for both climate resilience and agricultural purposes.

‘’Each site visited has unique characteristics that show the urgent need for reforestation. The seedlings distributed are mainly fruit trees, medicinal plants, fuel wood and fodder trees that will support the communities’ short, medium and long-term livelihoods,’’ she said.

She added that the  main purpose of implementing this activity is to help facilitate the conservation of the environment in these disaster-prone areas through the planting of tress to reduce the incidents of flooding and fires which within the communities.

‘’The overall aim of the project and indeed activity is to build the resilience of these communities towards the impacts of climate change. These communities and indeed Sierra Leone just like most parts of the world are experiencing early warning climate change signs. Therefore, the activity is underpinned by the urgent need for climate resilience initiatives,’’ the UNDP communications analyst said.

She went on  to say the memories of the devastating Landslides are still fresh with us adding that Kaningo was part of the communities badly affected by the August 2017 landslides and flashfloods that took over 300 lives and displaced thousands, while Fogbo community experienced a devastating wild fire out break on 16th March, 2019 that destroyed 29 family houses, properties, monies, Children School materials that were kept by fish mongers and petty traders.

Abdul Bah, Senior Environment Officer, Environment Protection Agency (EPA) said they were in Fogbo to distribute tools and equipment including seedlings of more than one thousand which are tree crops as this part of the country is one of the disaster-prone areas.

‘’ Fogbo Community is one of those communities that suffered from fire accident and they are having flash flooding here and soil in the Fogbo is a sandy soil which some of the houses to be buried or submerged. we need to have trees that can hold the soil firmly so that they could not experience is that of climate effect,’’ he said, adding that they are doing this in collaboration with the Ministry of Agriculture with support of the United Nations Development Programme (UNDP).

He added that on the 20th of August, they will start the planting process of the trees stating that the inhabitants at Fogbo will not be paid but would only be receiving stipends for those leaving their source of livelihood to partake in the planting process.

‘’when you cut trees, you have exposed your villages to a lot of hazards. When you cut trees even the breeze coming does not have trees to hold it any longer, it will take off your palms, your zinc, flooding and lot of things will happen to you’’, Bah added.

The EPA Senior environment went to advise them to stop cutting trees, burning charcoal and to find another alternative source of livelihood which fishing their main source is to use it judiciously.

Sheiku Imam Rogers, Executive Director, Beautification, Rehabilitation and Conservation Organisation (BRACO) said he believed in tree planting and that was why he was supplying tree seedlings adding that he has distributed thousands of tree seedlings across the country.

He added there is need for more sensitization on the need for people to plant trees and to conserve the environment stating that that should be done in the various local languages so that people will understand better.

‘’ Without planting a tree to save the environment, we found out we have so many pollutions around each community, in fact cooking the smoke is pollution.  That’s why I have dedicated my life in advocating for tree planting in the country and I’m one of them. I have planted millions of trees,’’ he said.

Head man Fogbo Community, Ibrahim Sorie Kamara, popularly known as Mandela, in his remarks expressed happiness over the distribution of the trees and thanked the UNDP, EPA and its partners for bringing these kinds goodies for his people.

He said the planting of trees was very important as it geared towards the safety of human lives, urging his subjects to be concern and to put hands on deck for the successful implementation of the plantations of the seedlings project to be sustained.

He however assured the UNDP, EPA and the Ministry of Agriculture that the trees project would be sustainable and will take ownership of the process

One of the volunteers during the distribution of the seedlings at Fogbo, Salamatu M. Kamara, a student at the St. Clemens Senior secondary School, thanked the UNDP, EPA and other partners for the seedlings distributed to them adding that she was happy to be part of the process to help save her community.

‘’ If they plant these trees it will help us from flooding that is affecting us, we, are taking this process important. That’s why I took part in the distribution process because it is a fine thing. For example, us as students if the trees germinate and grow bigger, we will harvest it and sell it and we will be able to pay our fees,’’ she said.

UNDP remains the largest service provider in the UN system on Climate Change adaptation and mitigation. 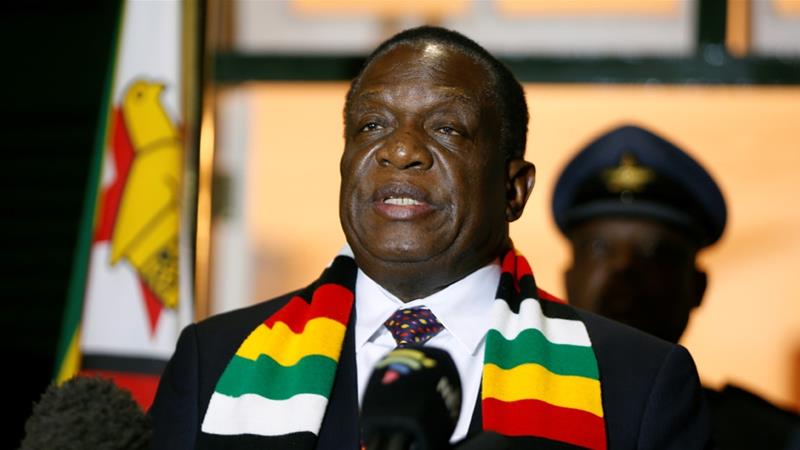