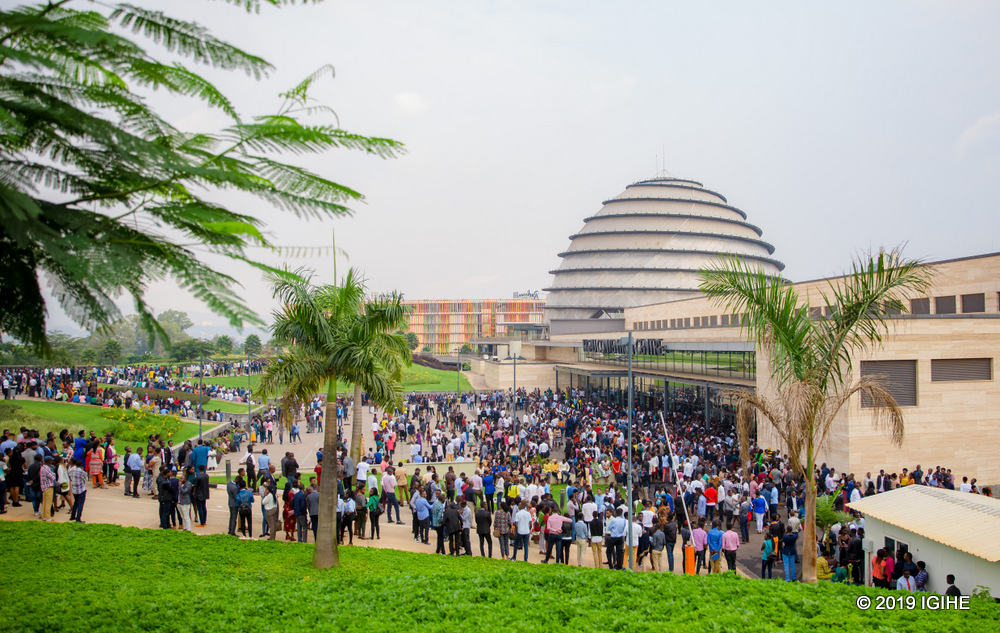 There has been a stir in some of Kenyan media that three Kenyan nationals are detained illegally in Rwanda without a fair trail.

The trio is made of  Charles Kinuthia aka Coach Ck, Vivian Khisa Mukwan, and Rachel Matipei who were arrested in July after allegedly  organized a conference in which participants would be rewarded more than 190 dollars a day.

In the morning of 25th Day of June, thousands of youth were gathered  at  government owned Kigali Convention Centre waiting the conference to kick off.

Things started to change  when  some were asked to pay extra money to enter, besides the money they had paid upon receiving invitation.

Security organs were alerted and the meeting was cancelled. Kigali convention Centre management said they were surprised to see thousands of people storming the premises, while conference arrangers promised to bring about five hundreds attendees.

The following days, Kinuthia, the leader of Wealth Fitness International together with two other Kenyans and one Rwandan were arrested being accused conning people.

This week, Kenyan media wrote that Kunuthia with his co accused are being mistreated in detention and being abused by prison warders.

KenyaInsights.com went on saying that Kinuthia will not get a fair Justice because he is appearance  before judge keep being postponed.

Rwanda Government through National Prosecution Office denies those allegations insisting Kinuthia detention is in line with law of the land.

“Following allegations of inhumane treatment and illegal detention in the case of Charles Kinuthia,  the Rwandan Prosecution Authority hereby inform that these allegations are baseless and unfounded” reads one of Rwanda Prosecution tweet

They added that Kinuthia and his friends are legally detained by a competent and independent court of law in Rwanda, on serious grounds to believe that they have committed a crime punishable by Rwandan law

Rwanda denies inhumane treatment of accused, ensuring their rights as human being are guaranteed.

“It is important to note that Prosecution of Rwanda   we ensure that human rights in criminal proceedings are guaranteed all times, to ALL those subjected to criminal investigations before courts of law.”

On Wednesday, President Paul  Kagame while meeting with youth, he said that there is something wrong, if someone can trick thousands of youth promising them to give free money.