The second edition of the Nkafu debate has been held with experts disagreeing to agree on whether Cameroon will benefit from the recently ratified African Continental Free Trade Area, ACFTA. The Nkafu Debates which took place August 29, 2019, at Mansel Hotel in Yaounde was on the theme, Will Cameroon benefit from the Africa Continental Free Trade Area?

The event was in line with the vision and mission of the Nkafu Policy Institute-a think tank at the Denis and Lenora Foretia Foundation, which works to catalyze the economic transformation of African countries by focusing on social entrepreneurship, science and technology, health, and the implementation of development policies that will create economic opportunities for all.

To Dr. Fabian Sundjo, the ACFTA is very good and Cameroon will indeed benefit in the long run. He said, “Trade is the best concerning increasing growth which will in turn increase the growth of the country” while adding that the “ACFTA will increase competitiveness. It makes the country to be competitive which brings benefit to the country.”

He added that, “The free trade was important but there are some issues that had as handled, some structures are put in place before going forth to sign the treaty. The issue that was highlighted could be based on the competitiveness of the economy, and the necessity to increase productivity.” “Once you increase productivity with good institutions, and a good structure that will permit the transfer of goods. If some countries are not ready and their productivity is low, it becomes difficult to move forward, and sign the ACFTA.”

Dr. Louis Marie Kakdeu, Economist, Policy Fellow in Economic Affairs, Nkafu Policy Institute said there are two reasons why to him Cameroon will not benefit from the agreement. He stated “the necessity to respect the rules, and principles of free trade. The African zone should respect i9t, if not it is no longer the free trade but something like mercantilism. The second is the necessity to put in place in Cameroon economic reforms before engaging a country into competition. One cannot go to fight when one is not powerful or competitive.”

“We are afraid that in the next two years or so, we will have companies created in Cameroon dying as a result of the agreement. Now it is 80 per cent which is very dangerous. We have to stop it, and we cannot be having problems, and we still go and add other problems every day. Today, we have to open where we are competitive and if we are not competitive we do not open up”, He added.

The over 90 minutes exchange brought together over 80 participants comprising academia, researchers, students, NGOs, CSOs and others.

The African Continental Free Trade Area (ACFTA) was officially launched on July 7, 2019 during the 12th extraordinary summit of the African Union held from July 4 to 8, 2019 in Niamey, Niger. Cameroon ratified ACFTA on July 19, 2019, after it was signed on March 21, 2018, in Kigali, Rwanda, together with other 43 countries.

Observers believe Cameroon ratifying this agreement will strengthen economic growth in the country while others say Cameroon should not open up, but should instead protect its economy.

According to the United Nations Economic Commission for Africa, UNECA, intra-African trade could increase by more than 50 per cent and even double within 10 years after the entry into force of the ACFTA compared to approximately 15 per cent currently. Others say the ACFTA will create a 3.4 trillion dollar economic block and usher in a new development of the continent.

In an increasingly globalized world, only the most competitive countries are likely to gain the largest shares in trade. Cameroon’s economy is presently facing major structural change. In a 2018 reports by the Nkafu Policy Institute, the poverty level is alarming as less than 17.65 per cent of Cameroonian adults earn more than 200,000 FCFA. Some major challenges facing entrepreneurs in Cameroon as outlined by the Nkafu Policy Institute comprise taxation, the cost and access to credit, and the formalities. 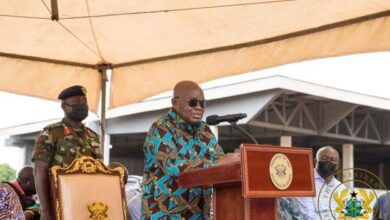 Ghana: Struggling Neoplan To Be Absorbed Into 1d1f Initiative – Akufo-Addo