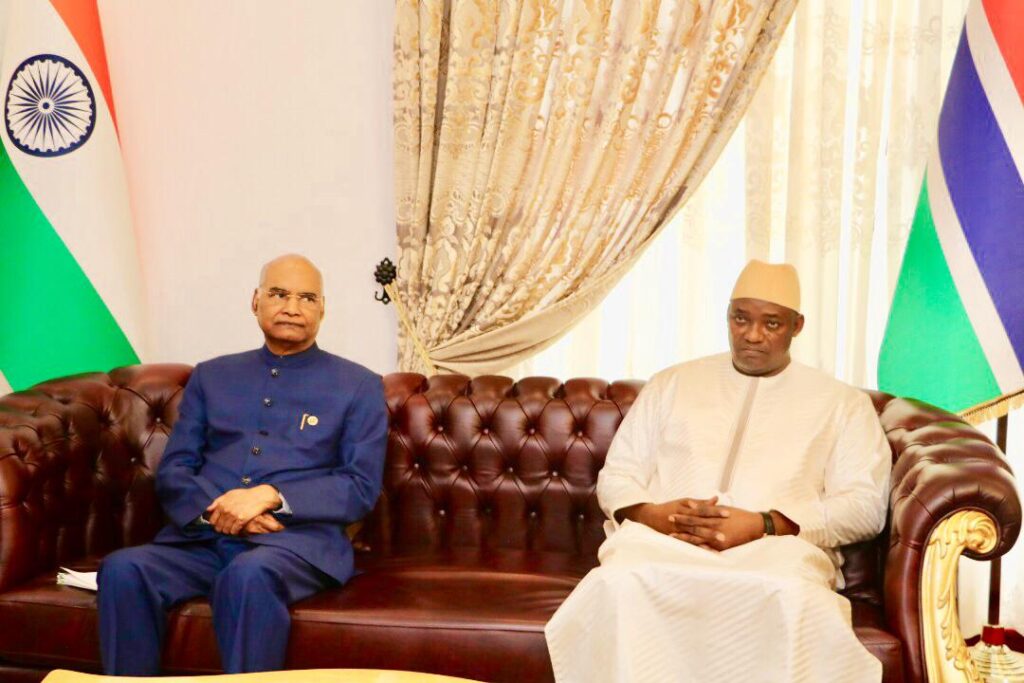 The government of India has agreed to reallocate a Line of Credit of $92 Million to The Gambia for the construction of roads and other infrastructural development projects. Top aides traveling with the Indian president revealed the news following high-level talks between President Adama Barrow and his Indian counterpart, President Shri R.N. Kovind, and their technical teams.

President Kovind is visiting The Gambia for the first time, becoming the highest level Indian official to ever visit the country. He was received at the State House in Banjul on Wednesday, 31st July 2019 by President Barrow for a tete-a-tete and presentation of protocols of agreement on the International Solar Alliance treaty.

This will open up new opportunities for collaboration between the two countries on solar energy and help in combating climate change.

“To take it forward, we are keen to implement a grant-based solar project in select villages in The Gambia,” President Kovind said.  Additionally, an MOU traditional medicine, and homeopathy, among others was signed between the two countries.

The two leaders reaffirmed their commitment to support each other in the area of development cooperation, trade, and democratization with the hope of strengthening friendly ties.

During a media briefing after the bilateral talks, President Barrow admitted that Africa’s smallest nation is indeed inspired by the world’s biggest democracy – India.

“We are a young democracy and we want to learn… I think we can learn from India,” President Barrow said. India and The Gambia, both member countries of the Commonwealth, share a longstanding friendly relation. During the historic visit, India’s President was honored with a rare privilege of addressing a Special Session of the Gambian National Assembly.

“I see no reason why we cannot conduct peaceful elections in The Gambia with a population of just 2million,” Barrow said. Some 900 million voters voted in the last election in India, in what the President described as a very peaceful environment.

President Kovind felicitated his host on his determination to foster “greater democracy and inclusive growth” in The Gambia. He lauded the steps the Gambian leader is taking towards stability and nation-building. “We reviewed the entire spectrum of our bilateral relations and discussed regional and global issues of mutual interest,” he told journalists after the meeting at the State House. 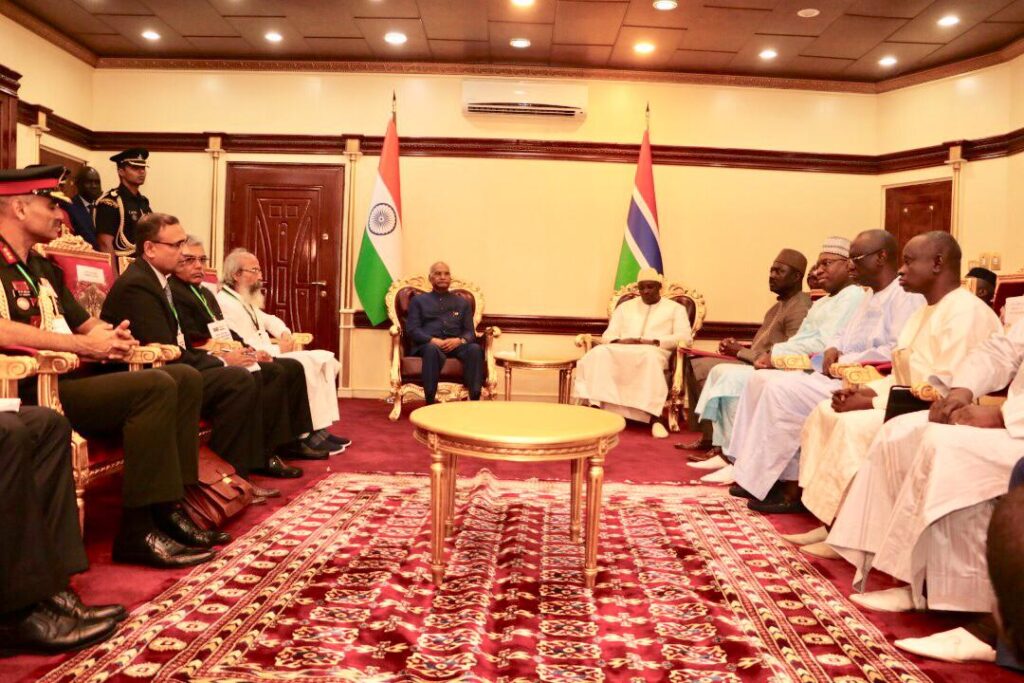 The two leaders discussed a wide range of issues; among them was The Gambia’s “unsustainable debt” of 120 percent to its Gross Domestic Product (GDP) inherited from the former regime. The Gambia currently pays 60 percent of tax to debt servicing. Last month alone, it paid over D600million, according to the president.

This is a difficult situation for a government that has limited time to implement sweeping reforms, fix a broken economy, and stimulate the confidence of development partners. “The debt is a big burden and we appealed to India for debt relief. India has given us a debt relief for five years’’, President Barrow said. ‘’ This will assist The Gambia to implement some of our projects’’.

Speaking earlier, President Kovind conveyed India’s “deep commitment” to enhance its traditional ties with The Gambia, contributing to its development. The two leaders agreed that they should expand their partnership in the spirit of South-South cooperation for the progress, prosperity, and development of their peoples.

India is aware that The Gambia is keen to achieve good governance, accountability, social cohesion, national reconciliation and a revitalised and transformed economy under its National Development Plan 2018-21.

“We have decided to extend assistance of half-a-million US dollars in support of skill development and cottage industry project’’, the visiting leader told journalists. ‘’We also agreed to offer training in the fields of judiciary, police, administration and technical expertise, as per the request and in line with the priorities of the Gambian side”.

President Barrow was elated for the honour of President Kovind’s choice of visiting The Gambia among fifteen West African countries. 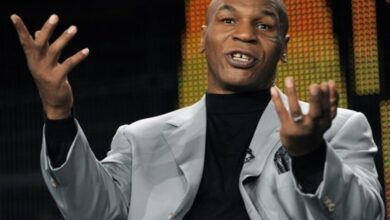 Malawi: Controversy Over Appointment of Mike Tyson As Cannabis Ambassador