In order for the crisis in Cameroon to be solved, various tenets have been identified such as the implementation of dialogue, reinforcement of education and the protection of the borders. Participants were speaking during the event on community involvement in promoting peace in Cameroon on August 8, 2019, at the DK Hotel, Douala, Littoral Region of Cameroon.

The event was in line with the mission of the Denis and Lenora Foretia Foundation, through the Nkafu policy institute, a think tank, to catalyze the economic transformation of African countries by focusing on social entrepreneur, science and technology, health, and the implementation of development policies that create economic opportunities for all.

During the discussions, two prominent conflicts were x-rayed by participants such as: the ongoing Anglophone crisis in the South West and North West Regions, the Boko Haram insurgencies in the North and issues in the East Regions.

Barrister Agbor Doris Ebob from Foretia Foundation while speaking said “the government should go close to the people and know what they actually want because without listening to them, they will not ain the people’s trust. From there they could come up with strategies to solve the present crisis.” “We have to live together. Accepting our brothers and tolerating one another. Before this crisis, we have never had peace in Cameroon. Peace has been lacking because individuals have refused to accept one another. If we can, then there will be peace in Cameroon.”

On solving the Anglophone crisis she said, “dialogue is paramount. The government should go close to the people and talk to them and hear what they have to say about solving the crisis.”

In her closing remark, Barrister Agbor Doris Ebob indicated that in the coming weeks, there will be the training of 50 peace advocates who will preach peace in their various communities.

Some 80 participants from the public, private and civil society organizations, journalists, and others were present to propose solutions through which Cameroon can accelerate its progress towards the resolutions of the current conflicts.

According to some participants, the issue of dialogue in solving crisis is very paramount. Dialogue implies the ability of the two warring factions to be able to sit on the dialogue table and sought their differences. With the case of Cameroon and the Anglophone crisis, participants indicated that both the government and the separatist should call for dialogue which will ease the prevailing situation presently ongoing in the North West and South west Regions.

With the case of the crisis in the East Region, participants have called for the protection of the borders, and also that of the Far North as a means of limiting the damages being caused by various insurgency groups. Protection here will entail the provision of security personnel at the borders especially in the Far North Region to curb the rate of suicide attacks on the population in that area.

The youths have equally been called upon to actively participate in the political situation in their country. The youths were urged not to just lambaste the government all the time at the sidelines while they themselves shun away from participating in governance. Many youths are mostly politicians online. They will use social media to talk about bad things the government is doing but not knowing that they have the power to change the political situation of their country.  Many youths have the notion that the winner of election is already known, and they abscond from taking part in the voting process or even owning a voters card. 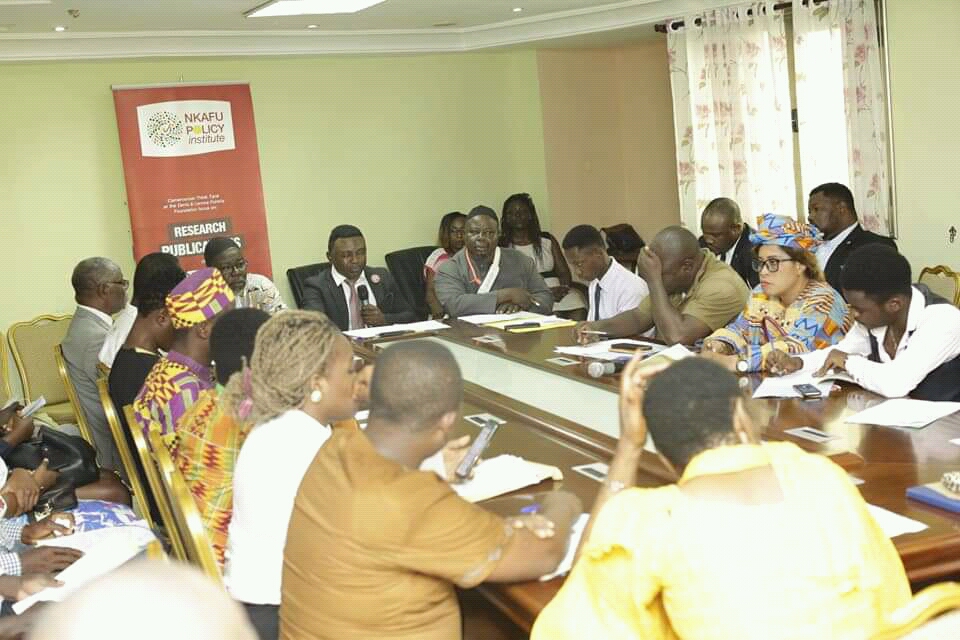 A report by CHRDA notes that the consequences of the prolonged school boycott, since for three years, and counting now are more than catastrophic. Before October 2016, more than Six thousand schools were operational in the North West and South-West Regions. As at December 2018, less than One hundred schools were operational in these regions, meaning that 5900 schools had shut their doors, with over 600 thousand students out of school and at least 40 schools burnt. In a UNICEF 2019 reports, at least 600 thousand students are out of school in the North West and South-West Regions.