The Centre for Human Rights and Democracy in Africa, CHRDA has Tuesday, August 20, celebrated the 10th edition of the World Humanitarian Day by donating non-food items to the HOTPEC Orphanage, located in Mile 14 Buea, South West Region of Cameroon.

Speaking to Violet Yigha Fokum, Gender Officer and acting Executive Director of CHRDA said, “We came with T-shirts, L’eau de Javel, and a ball. Javel from Femme Entente from France will help the girl child to improve on their health situations, and protect them from diseases. The shirts will help protect the children from the cold since we are in the rainy season. It will keep them warm.”

Giving the present situation in the Region (Monday being a ghost town), CHRDA decided to celebrate the day this Tuesday with Displaced orphans and other orphans at HOTPEC which involve in a cleanup exercise and material donation.

“There are so many challenges facing women humanitarians at the moment. Women are undermined in a situation where there is a conflict. They are marginalized and objectified” Violet Fokum added while indicating that “Women in times of crisis carry both their reproductive roles and are left with children who either not going to school, who do not have access to basic necessities or who cannot access basic food items.”

World Humanitarian Day honors humanitarians around the world who risk their own lives to help save and improve the lives of others. This year, special tribute is being paid to women humanitarians and the huge difference they make for millions of women, men, and children in urgent need.

Across the globe, 250,000 aid workers are women, a figure that amounts to more than 40 per cent of the humanitarian workforce as aid work becomes increasingly difficult. Since August 2003, more than 4,500 aid workers of all genders have been killed, injured, detained, assaulted or kidnapped while carrying out their work, according to the UN. That averages five attacks per week. Women aid workers are also a high risk of being robbed, sexually assaulted and other violent attacks.

Last year was the second-worst on record and the worst for the past five years in terms of aid workers security, according to reliefweb. In 2018, there were 405 victims, with 131 aid workers killed, 144 wounded and 130 kidnapped across the world. Reliefweb added that “So far in 2019, some 156 aid workers have been attacked on the job, with 57 killed, 59 wounded and 40 kidnapped.” 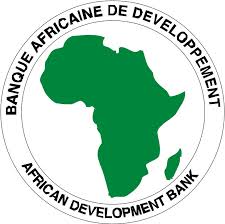