The World was concerned during the month of May 2019 when it seemed that a Church was attacked on a weekly basis in the West African Nation of Burkina Faso. Since January of this year 20 people have been killed and several  Churches have been  destroyed by Islamist Forces that are operating in the region.

Events in the region remain fluid at best. It does appear that some of these attacks were inspired by a video recording made by the head of IS Al-Baghdadi urging attacks against French interests in the Sahel region of Africa. The incidents in Burkina Faso can be acknowledged as part of an effort to locate a new base of operations for the group.

After a month of relative quiet in Burkina Faso the alarm bells for the country have started ringing yet again. On the first of August 2019 Bishop Laurent Dabire who currently is the President of the Bishops Conference for Niger and Burkina Faso issued a call for the World to step in and stop what he called the massacres against Christians in Burkina Faso by Foreign Backed Islamist Groups. These attacks have been gradually increasing in scope since the ouster of former President Blaise Comparie in 2014. It should be noted that in his remarks that the Bishop claimed that the Islamist Militants are better armed than the Security Forces are.

The Government of Burkina Faso is doing what they can to protect Christians. On July 12th the Vatican signed an accord with the Burkinbe Government which guarantees the legal status of the Church in the country  and to collaborate on the moral, spiritual and material well being of the human person and for the promotion of the common good. Currently it is estimated that one out of every five persons of the population of 16.5 million describe themselves as being a member of the Catholic Church.

Also during a Press Conference that was held on July 31st remarks were made by the President of Burkina Faso Marc Christian Kabore that  praised the actions of his immediate neighbors in assisting in the efforts to combat terrorism that appears to be running rampant in the region. . However in a more somber statement he did say that Burkina Faso was “paying a heavy tribute” for the attacks which he stated were impeding “efforts at National Construction.” Just like in several other nations in the area Burkina Faso does suffer from High Youth Unemployment lack of Opportunity and other factors that lead to radicalization.

The situation in Burkina Faso has not been ignored by Washington either. Earlier this year the African Country was linked to the National Guard of the District of Columbia under the State Partnership Program to assist in fighting terrorism. The Country already receives assistance from the United States under the auspices of the TSCTI (Trans Saharan Counterterrorism Initiative) program.This move is just another  of several steps that are currently being undertaken by the Trump Administration to address the acute security crisis in the region.

During the week of August 6th the White House issued a Press Release stating that the President sent the name of Sandra E Clark to the United States Senate to be nominated for the position of Ambassador to Burkina Faso. Filling this position is a positive signal from the White House showing that it is aware of the situation in the Sahel and will take the necessary steps to show those on the ground that they are not ignoring the situation in the region. 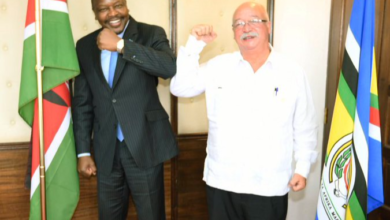